I love the feeling that new places give you when you first set foot in it, eyes not knowing which direction to focus on because there is just so much to take in. While I wish I could be traveling every day of the year – that is just not possible so how do I keep my travel bug at bay? Pretend to be a tourist at home; looking at old places with a fresh set of eyes… studying details more closely and by chance I might learn something new. I did just that recently when we decided to do some location scouting in Mosman and ended up in Manly. 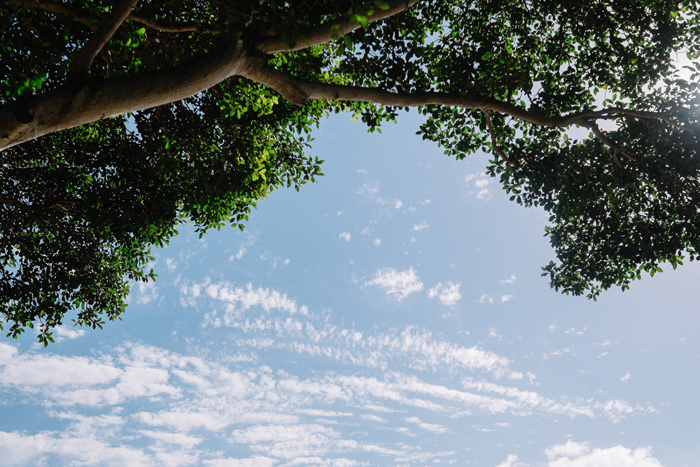 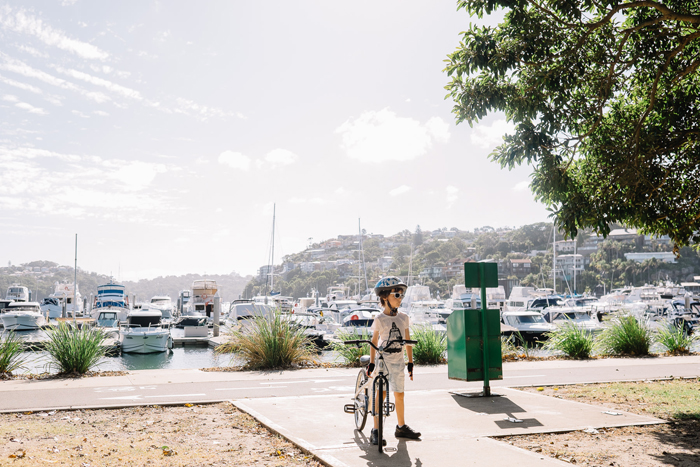 I felt like this little guy was posing for me because he saw me taking photos! 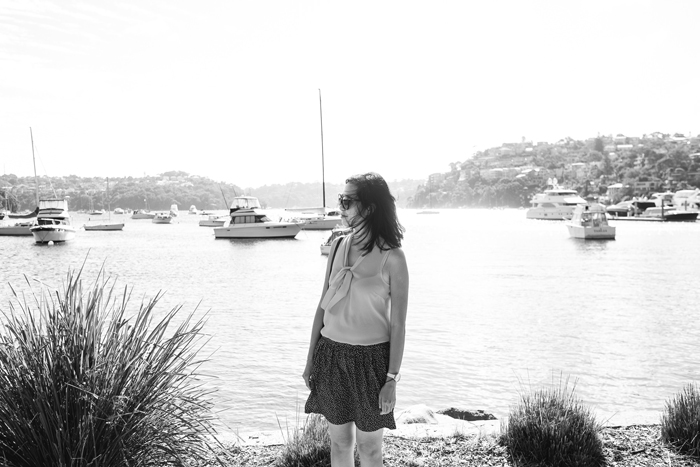 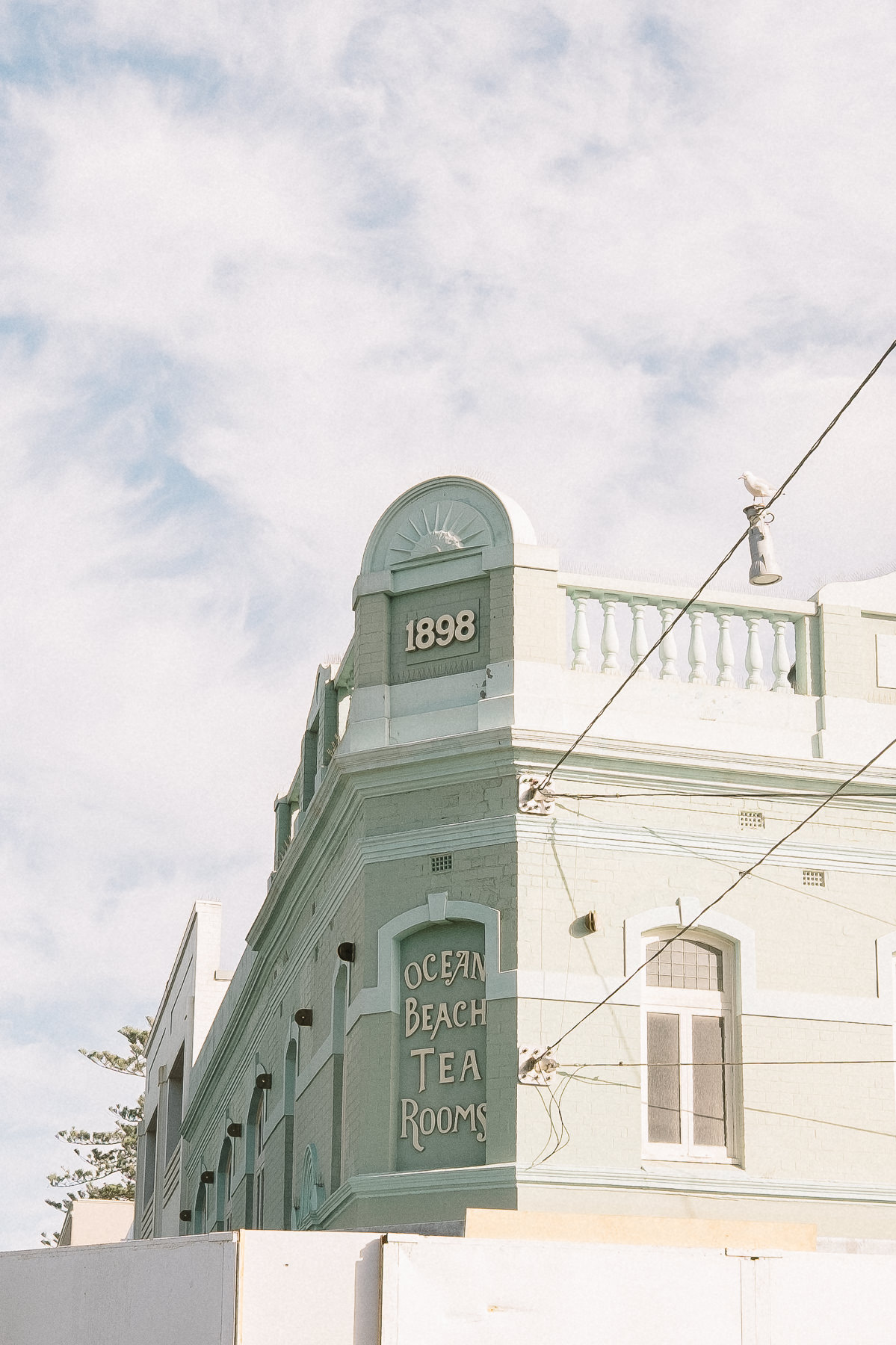 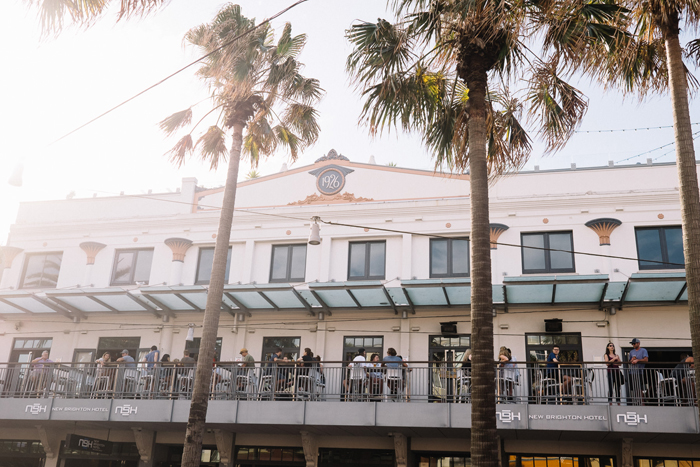 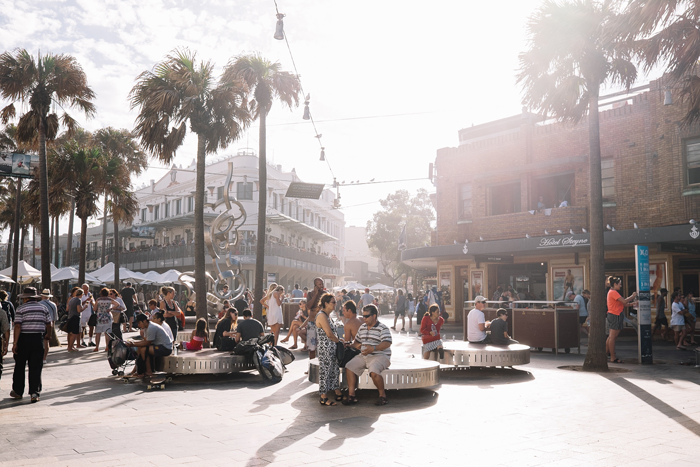 It was nearing the end of summer so Manly was buzzing 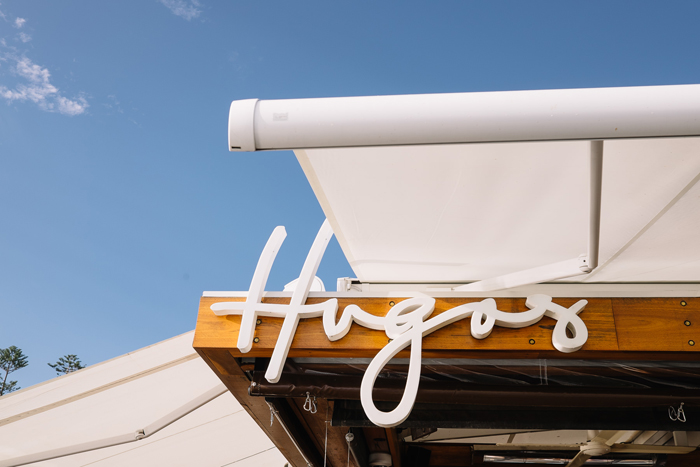 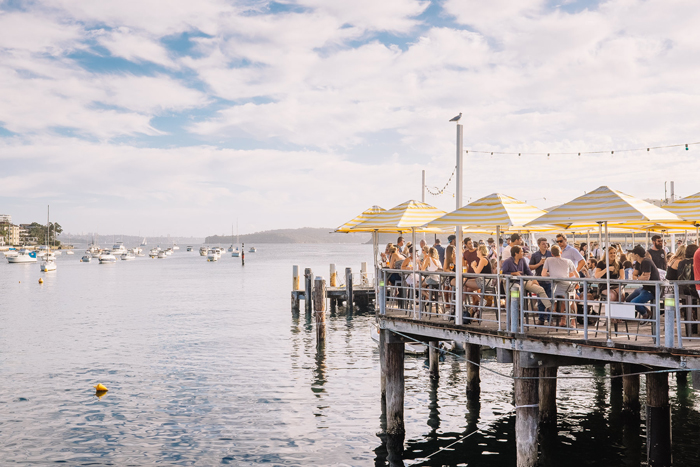 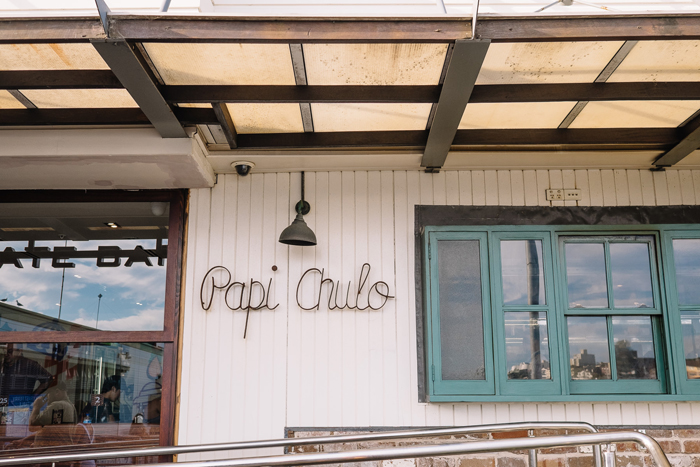 It was around 6pm by the time we reached the Manly Ferry Terminal area, we decided to have an early dinner but it wasn’t so easy deciding where to go. We paced up and down the boardwalk, specifically between Hugos and Papi Chulo. We tried Hugos a long time back and remember it was a good feed although expensive. Papi Chulo has been on the list to try for ageees but I wasn’t sure whether I wanted to stuff myself with meat. We ended up going to Papi Chulo anyways. 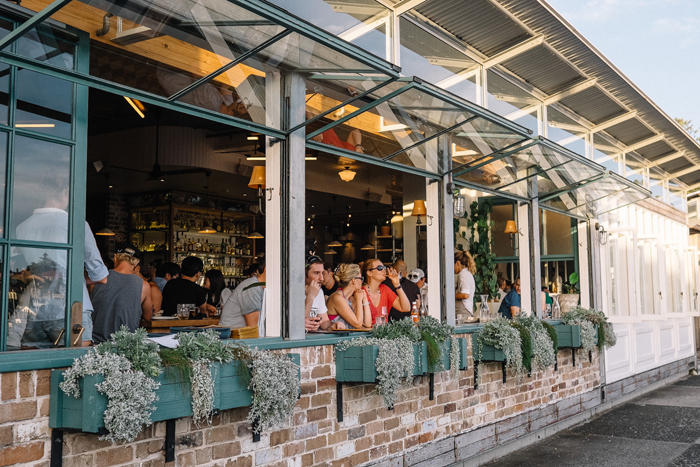 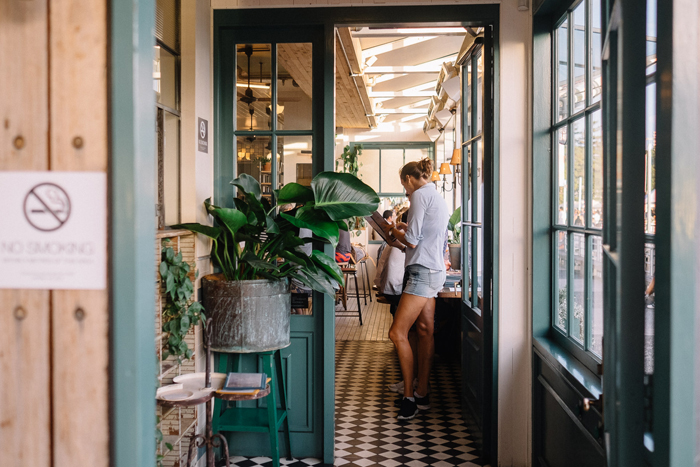 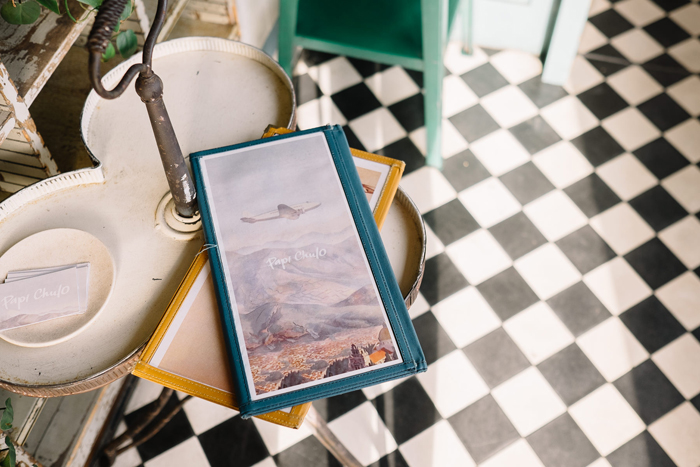 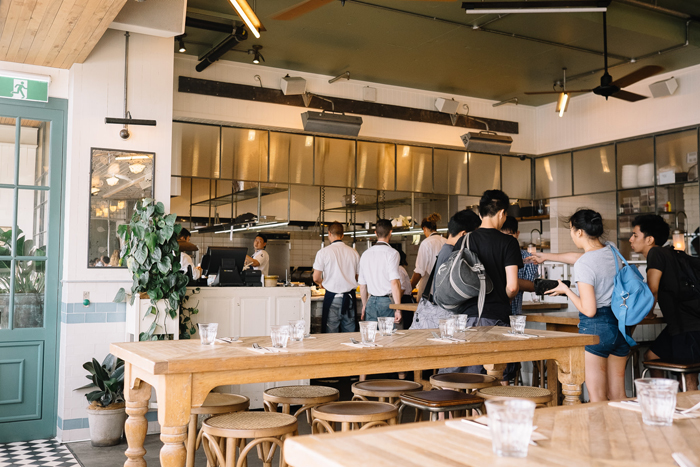 I don’t know why it took me so long to decide, because usually just the interior/atmosphere alone wins me over instantly! This place used to be the Manly branch of Chinese restaurant chain “Phoenix”, we could barely recognise this place because they clearly did a total make over. The setting was so perfect for a casual dining experience; high tables and chairs as well as seats along the side which faces out to the water. Great spot for people watching and or/waiting for sunset… thats exactly where we sat! There was a DJ on site which kept a large group of Korean tourists entertained, he even played a Korean track which got them on their feet! (Wasn’t Gangnam Style though!) 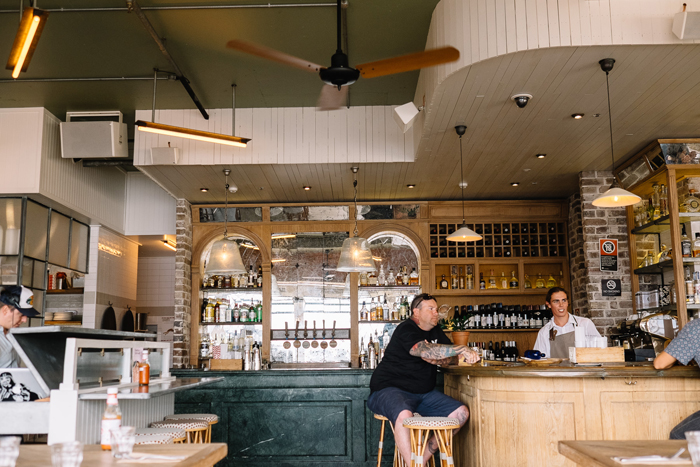 I somehow thought it would be like dining at Churassco (Brazillian BBQ meats place) where they keep serving you bbq meats… which can get overwhelming after a while. I was so wrong when I looked closely at the menu – it wasn’t as meaty as I thought. You could order meaty dishes individually or as a platter, they also had seafood, burger and salad options too if you weren’t keen on a meaty feast. It was tricky to decide but looking around we saw most people got the bbq platter, so we went with the popular choice plus curly fries on the side. 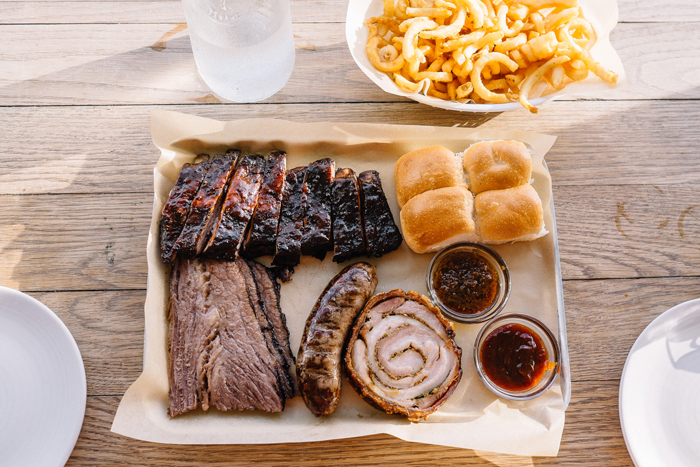 This is meant to serve 2-4, so as you can imagine we were pretty full afterwards. We liked most things particularly the wagyu brisket which just melts in your mouth and the lamb ribs were super tender too. Not so much of a favourite was the Babi Guling, which was like a slab of pork rolled up – the outside being pork skin… it wasn’t crispy as I wish it would be! It came with 2 types of dipping sauce, one being BBQ sauce and the other took us a while to figure out why it tastes so familiar! It tasted like rendang sauce, or uses the similar spices as it.. hence the Asian flavours. I love that we had soft breads to dip into the sauce in between each meaty bite. 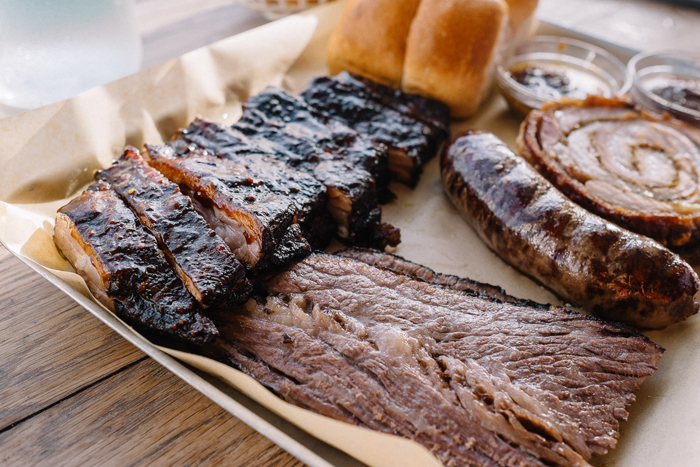 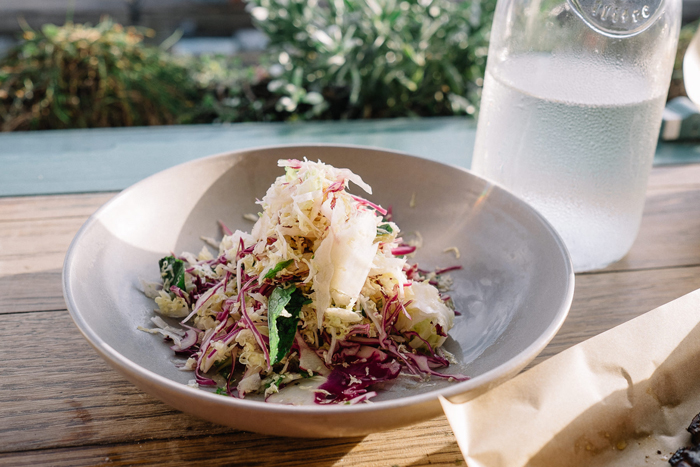 Thank goodness for some refreshing greens! 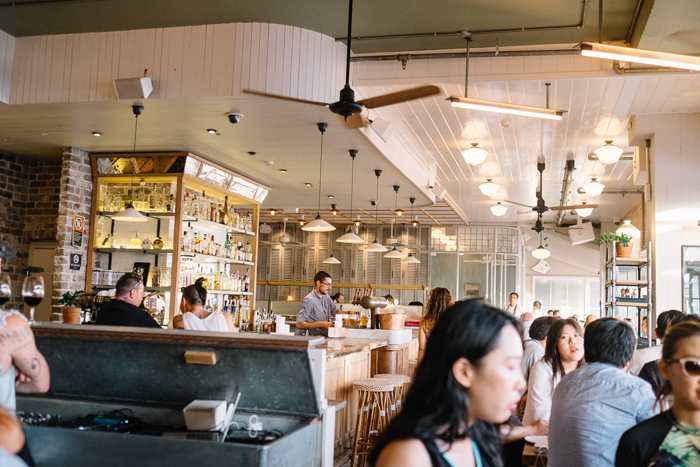 We left with satisfied tummies. If you were to visit with a group of friends, the BBQ platter would be more affordable, we ended up paying around $100 all up for 2 people. Next time we would order particular meat dishes that we enjoyed and try other things on the menu too. Not a bad place to spend an early Sunday evening! 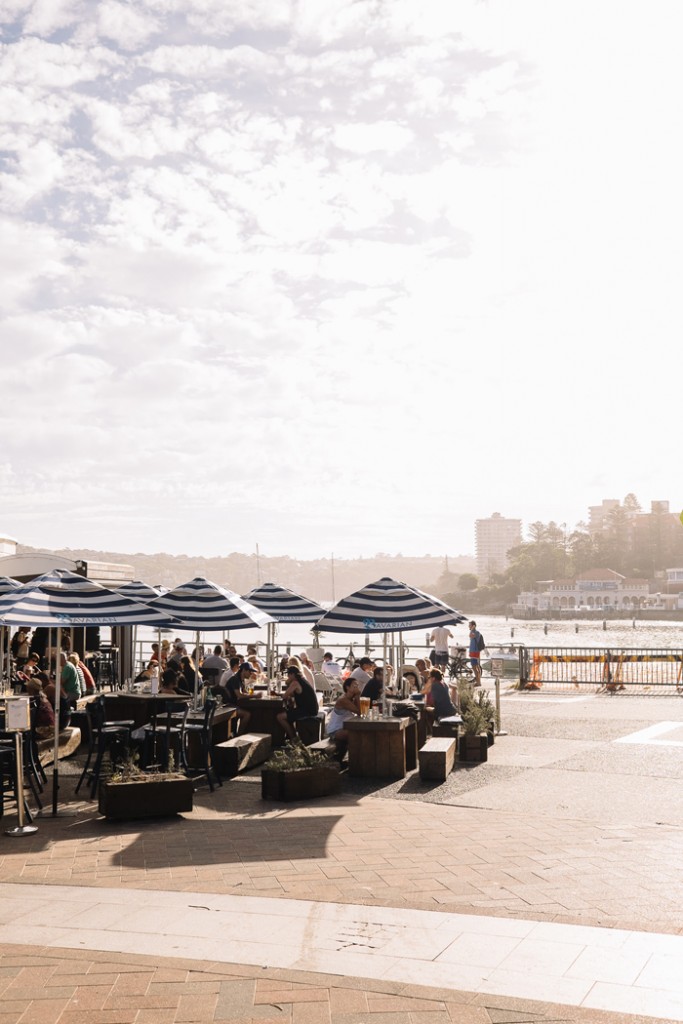 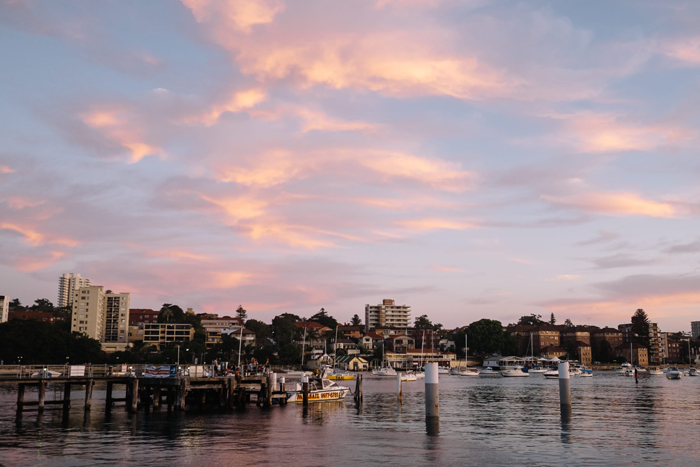 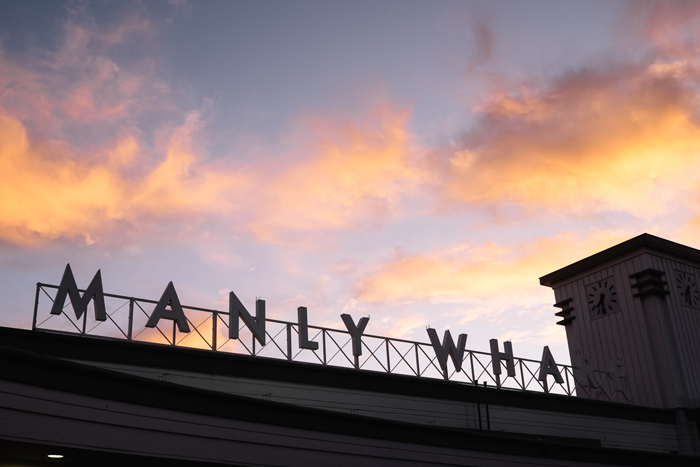 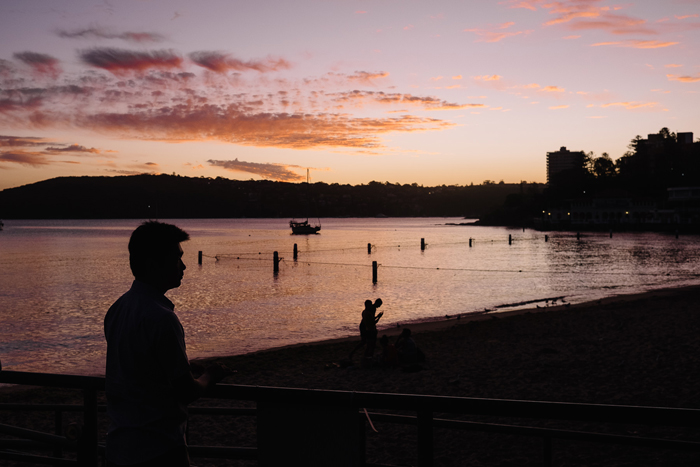 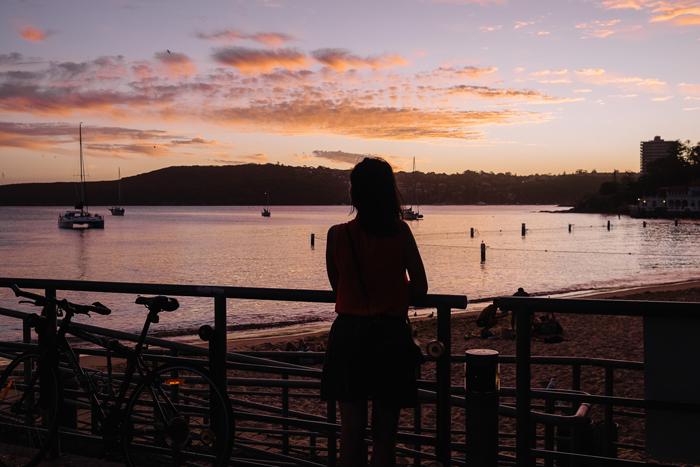 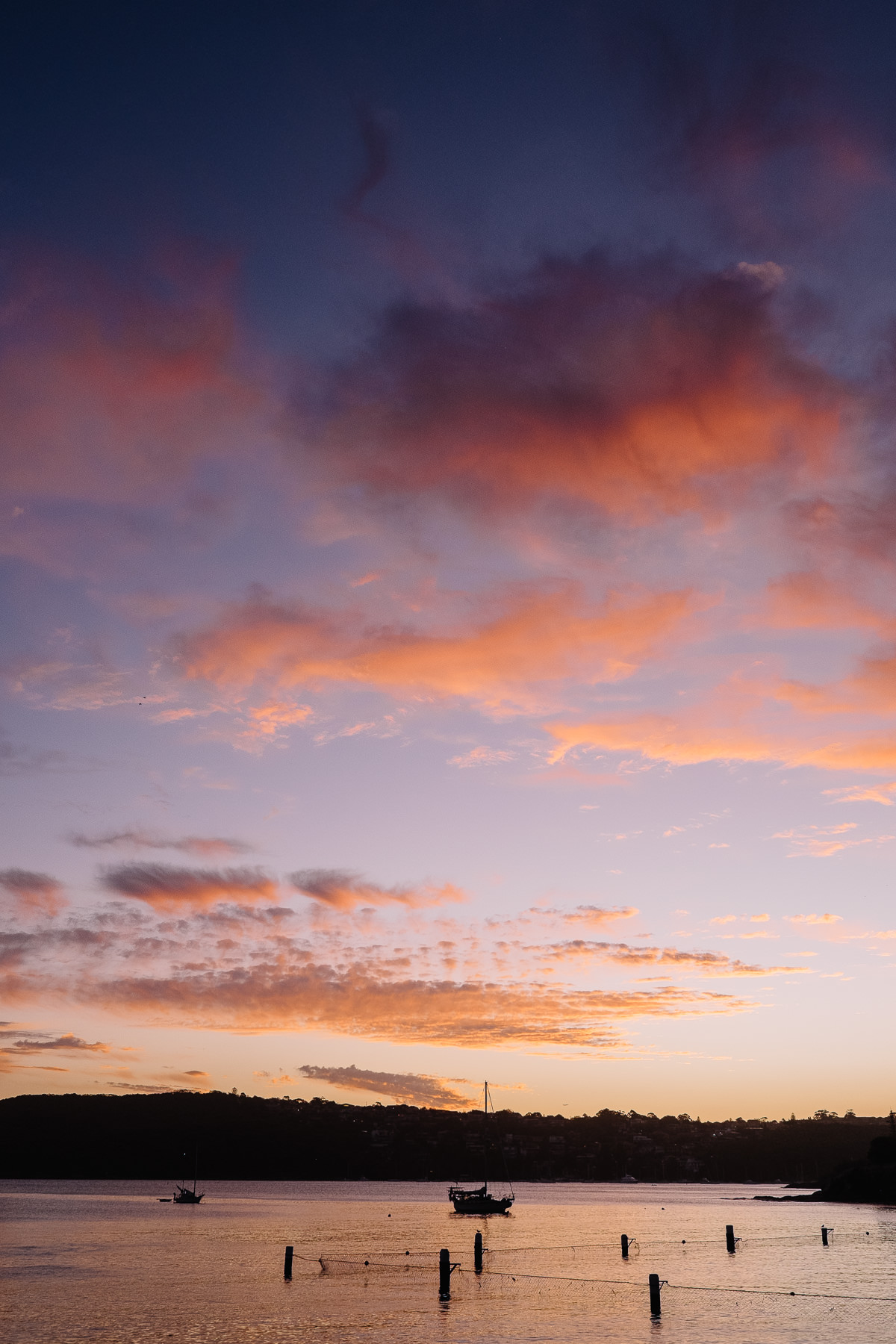 Then of course we joined the rest of the crowd who were chilling on the boardwalks waiting for sunset to happen. Thank you for gifting us a with a beautiful sunset to end the day <3