Second week of three weeks off! That went by incredibly quickly – but glad to say that it wasn’t entirely a boring week even though I don’t have enough photos to suggest otherwise! The week ended in the best way possible with a catch up over dinner with my highschool girlfriends – who never seem to get sick of talking about childbirth and periods, but I ain’t complaining because it only feels right talking about it with them!

Not only is it the month that comes with special birthday deals for me (and other April babies) but also the month when social media feeds become pink.. because it is Sakura season in most parts of the world, namely Japan. Other than the florally attack, my newsfeed is made up of fresh sashimi to steaming bowls of ramen… I won’t lie, you guys really got me craving! I do miss Japan but I feel like I left my heart in New York which is the one city occupying my mind especially that I’m putting together NYC blogposts! Just imagine though… New York (Central Park) during Spring… 🙂

Best of the Week

Had to be seeing a never-seen before photo of my grandparents from their wedding day. An old family friend discovered in their pile of family photos and kindly mailed it to us for our own collection. I love that it is black and white which shows what our parents/grandparents’ memory keeping of their generation is like. What captivates me most is how pretty my grandma looked in her early adult years, definitely did not inherit much of her genes! 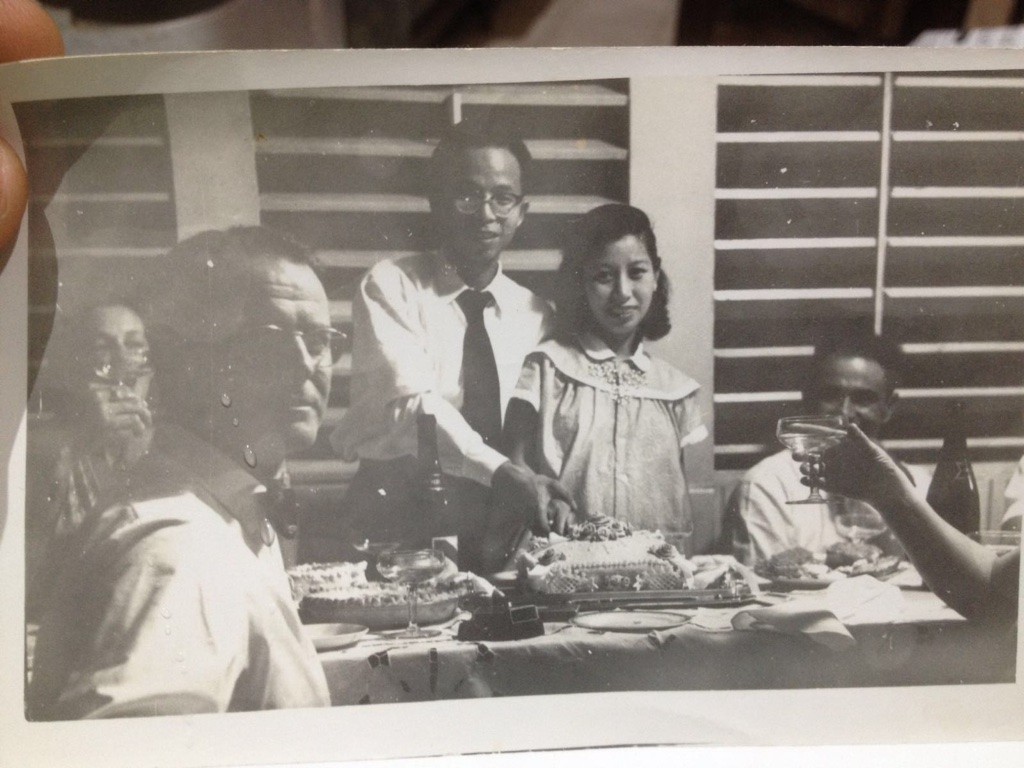 The majority of my Sunday was spent in the car whizzing through windy roads that lead towards the wine country. Yup, back in Hunter Valley again – this time it was purely for a car cruise (with a BBQ at the destination) which the boy wanted to attend. He finally managed to convince me to go along and I had to keep myself amused somehow during it all. How? Just ‘studying’ the opposite sex and how they act in the presence of ‘hot cars’ and fellow enthusiasts. New thing learnt? (some) car guys love peacocking by opening their bonnets to show off the precious gems that make up their ‘beast’ of a car. There are more but that will be saved for offline discussions 😛

To celebrate my baby sister’s birthday after dinner, we booked in a night of unlimited bowling sessions. It was one of those situations where you have to do an activity X amount of times to make the most of your money, this was one of them. We aimed for 3, but ended up doing 5! (Okay that 5th one we just kept playing in each other lanes for the sake of ‘practice’). To be honest I was already getting sleepy before the 3rd round started – I was on my Friday-granny time even without the wedding shoot to follow. I woke up feeling like I shot a half day wedding the night before anyway. 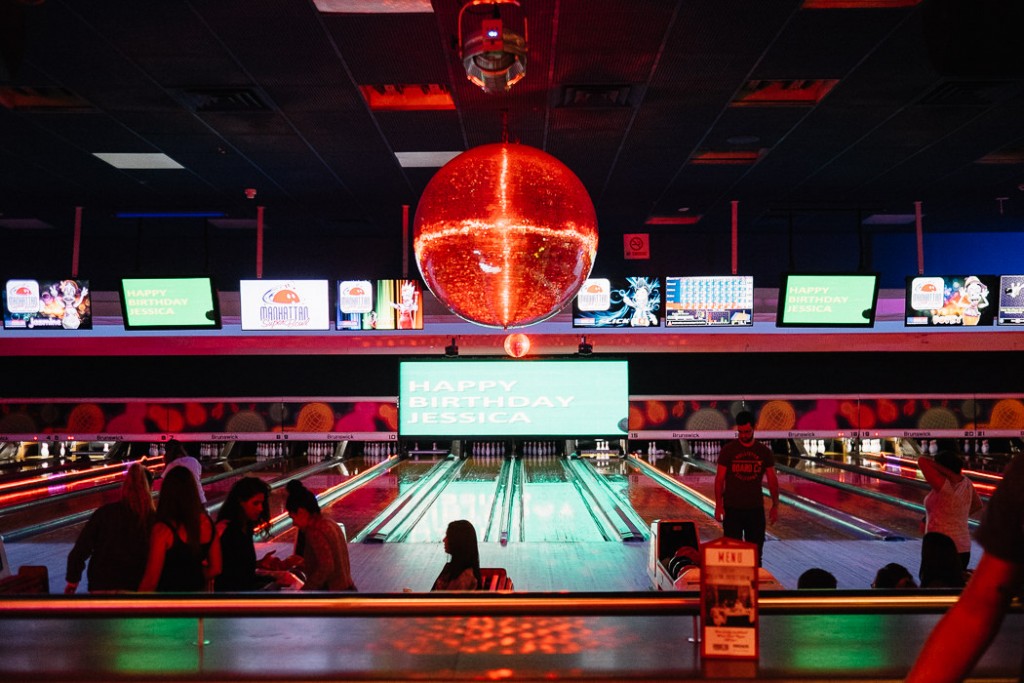 So, we were going to try out Salaryman in Surry Hills for lunch on Saturday but the result of NOT trusting their website’s opening times but that of Zomato + Google, we found ourselves walking all the way to find closed doors. So very odd for restaurants to be closed for weekend lunches. Luckily we still got a pretty good feed at Ramen O-San in Dixon St Foodcourt. I usually go for one of the first 3 dishes on the menu which is often tonkotsu/black ramen. This time I found my eyes jumping from one dish to another because they all seemed different in a good way!

I settled for the Hokkaido Style Seared Miso Ramen and got to choose my preferred ramen thickness of the two options available. As soon as Alfred placed the tray before me, I was already drooling at the sight of fatty pork bits covering the entire surface mixed with spring onion. First thing’s first – try the soup! The miso definitely stood out in this light creamy soup base, especially good with bits of pork in every scoop! It reminded me of the burnt ramen I tried in Kyoto and also another ramen from Tokyo – brings back memories! I’ll definitely be returning for another bowl and/or try their other interesting dishes! How did I sneak a mini review into this post? I don’t know… my tummy has spoken and I refuse to remove it 😛 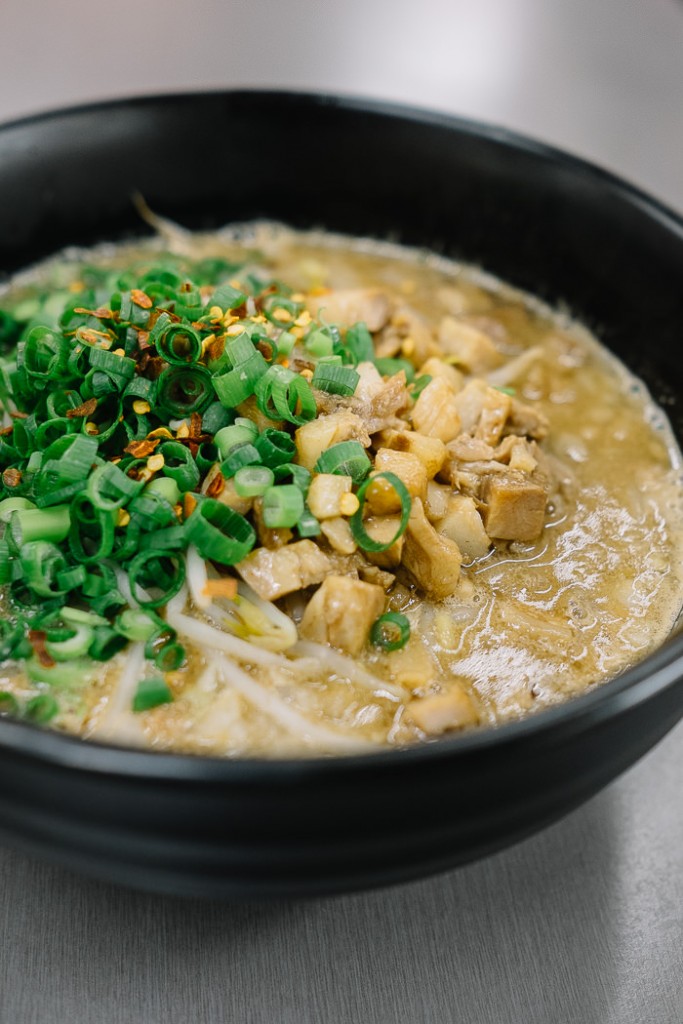