The other thing near the top of our to-checkout-list in Boston is Harvard University – the world’s highest ranking (#1 to be exact!) university. We’ve heard good things about how beautiful the campus is so we were keen to sus it out (knowing that UNSW is no match against it!).

Walking the trail had definitely tired us out, so instead of waiting for the bus from the last stop of the walk we Uber-ed! We remembered that if you sign up with Uber, there is a promo code where you get the first ride free up to a certain amount. That was when we had our first uber experience – booking it from the app and watching our driver approach … it was as exciting as waiting for a Dominos pizza delivery! 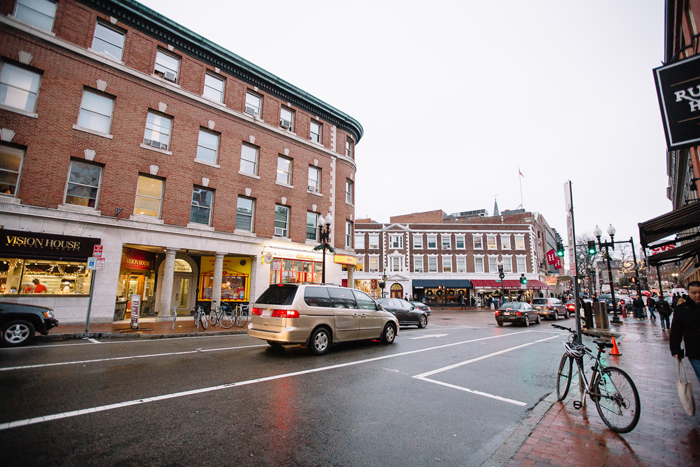 We arrived in Cambridge and could immediately feel that it was a ‘university town’, with ‘Harvard’ presence everywhere, from co-op bookshops to even a corner discount store selling knock off Harvard shirts. 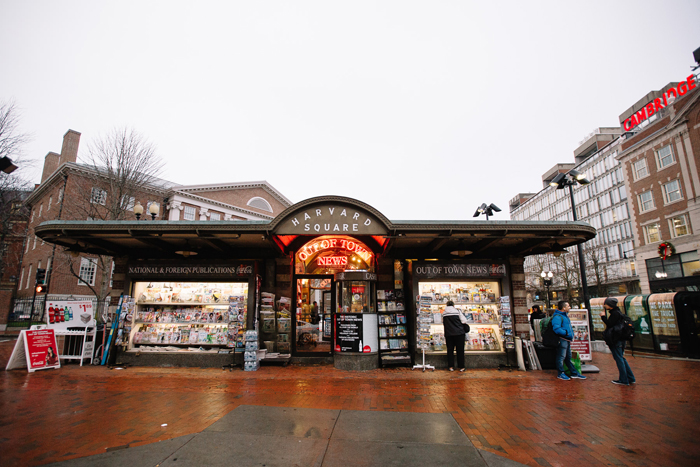 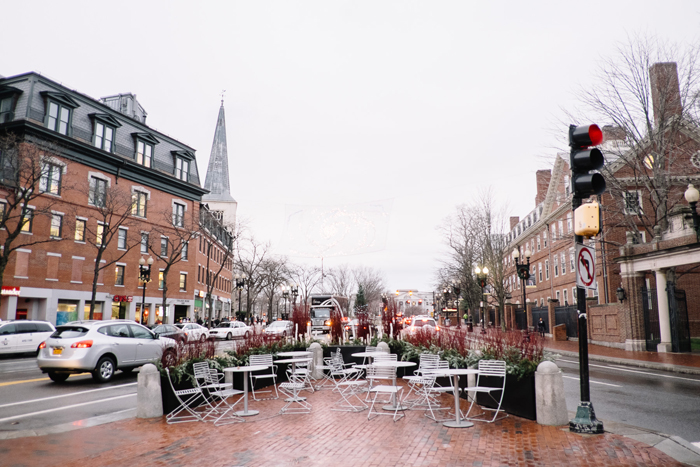 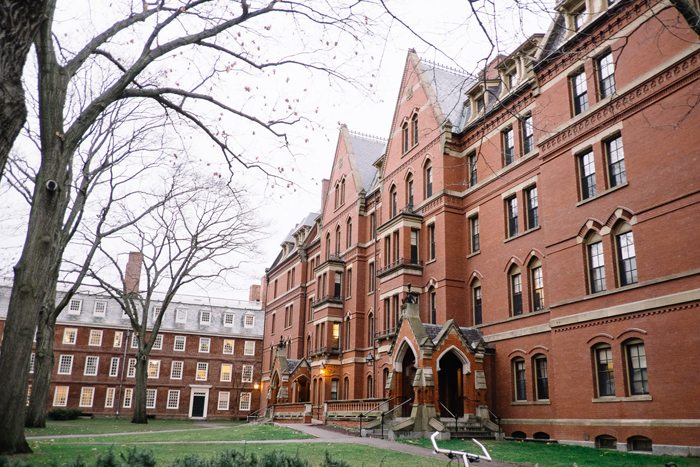 We weren’t quite sure where the ‘main entrance’ to the university grounds were but we found ourselves in there eventually. It was eerily quiet (the gloomy wet weather doesn’t help), most of the people wandering around were tourists and the odd student here and there. We remembered it was holiday season after all hence the lack of students. 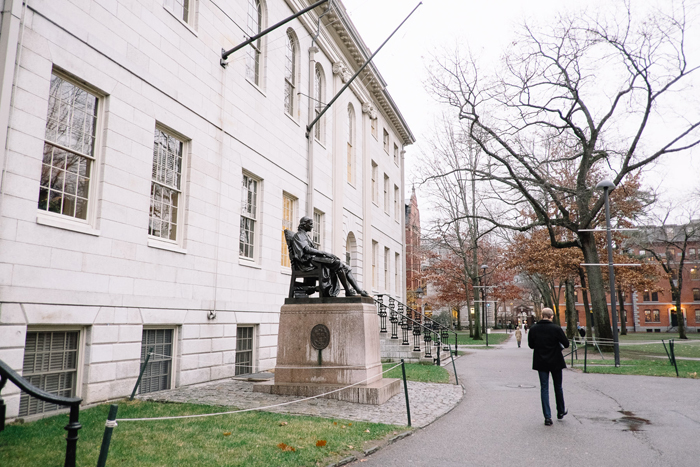 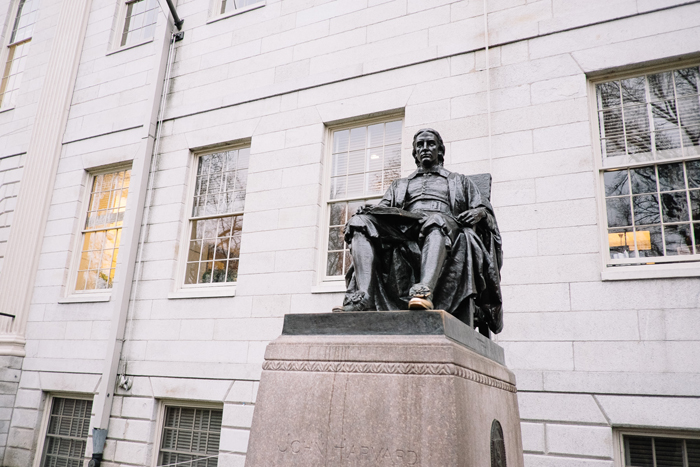 We found the famous John Harvard statue, though the odd thing is no one know what John Harvard really looks like. This statue is probably the most touched thing on the entire campus considering bus loads of tourists drop in so often to rub his foot for good luck and take a selfie/photo with him. I’m glad that was the one time we weren’t so cliche with our holiday snaps/to-do’s because I later read that students pee on him for good luck…. 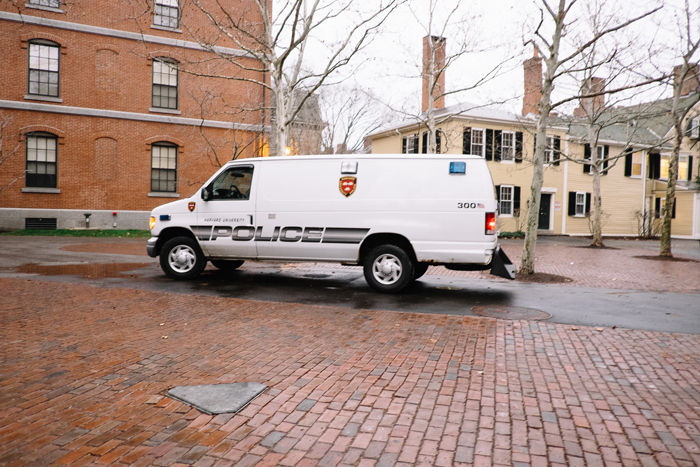 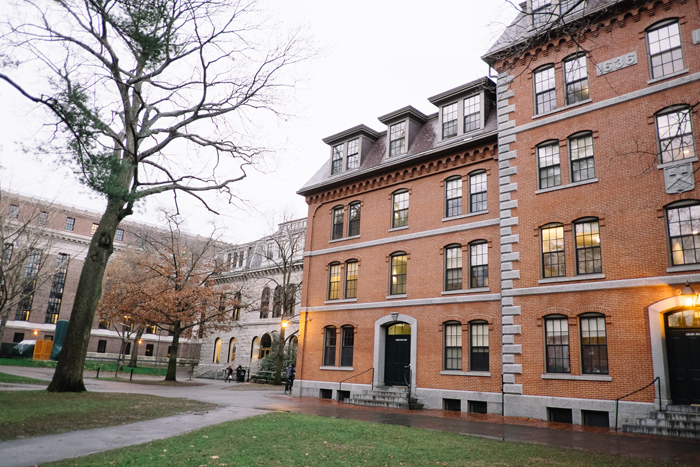 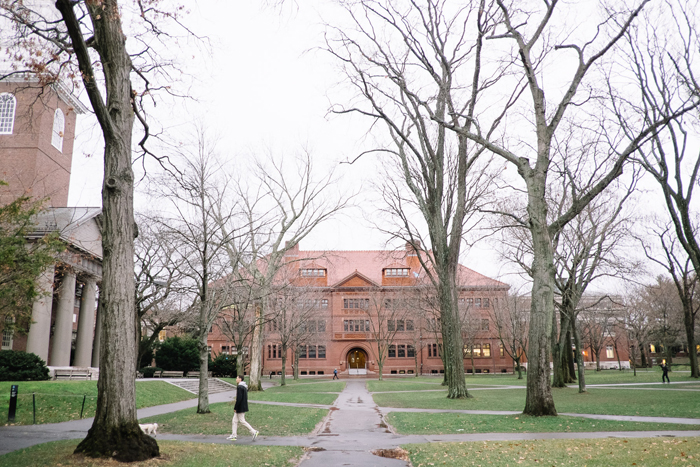 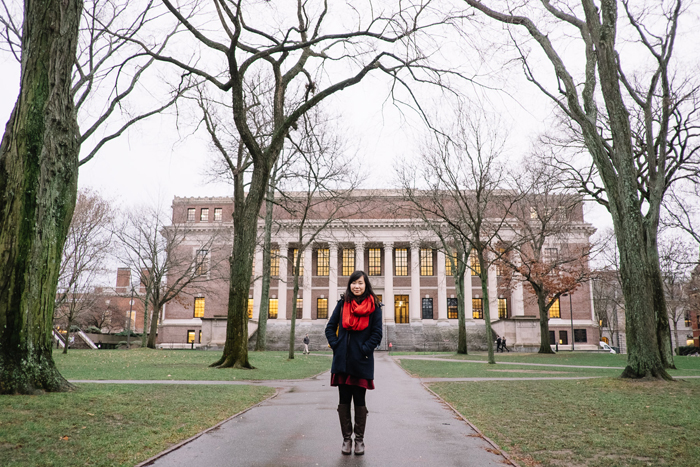 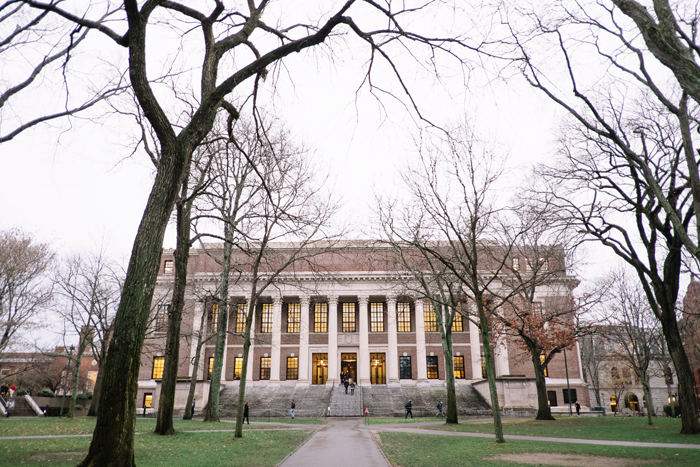 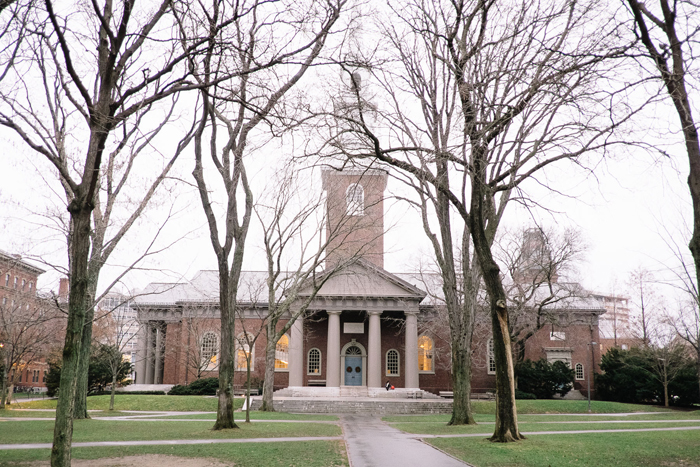 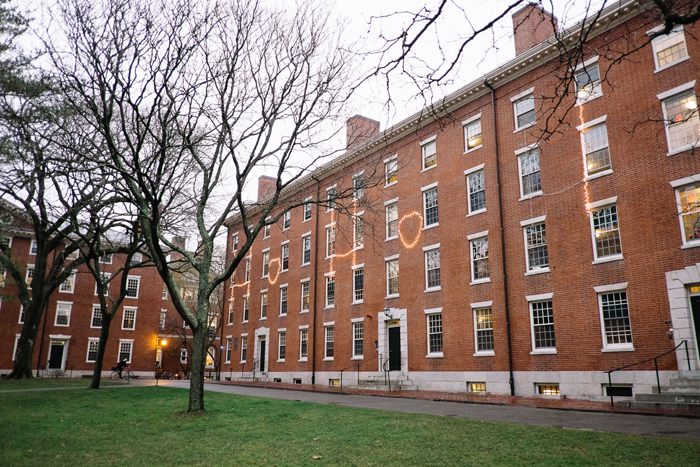 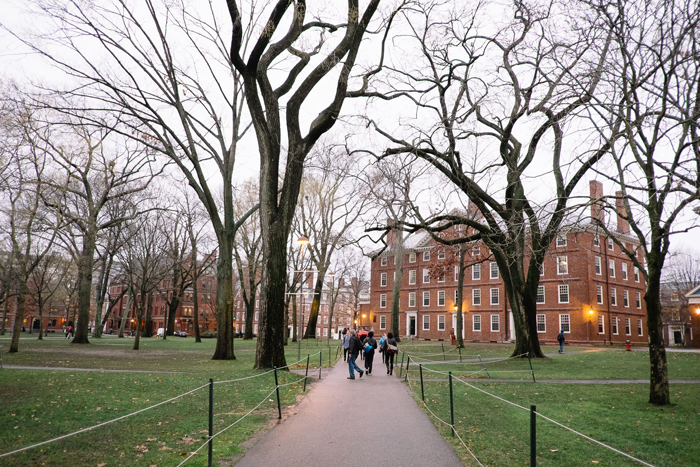 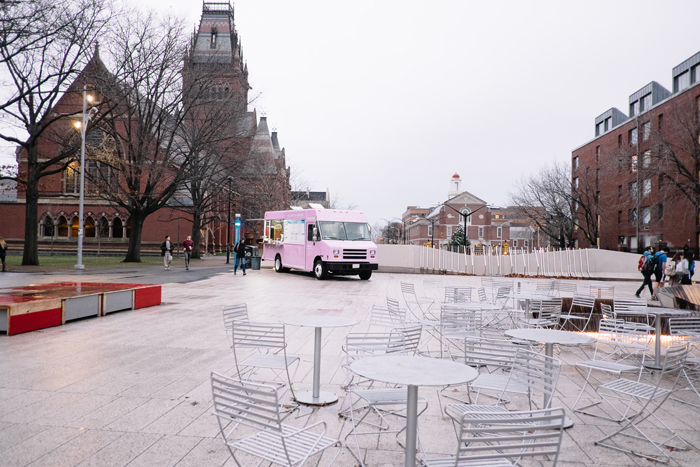 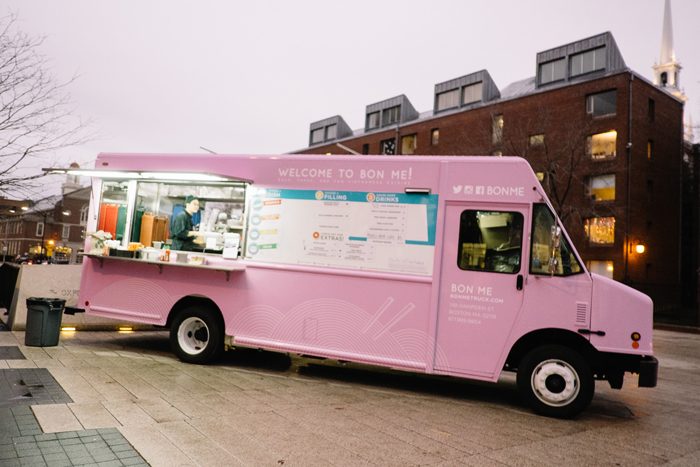 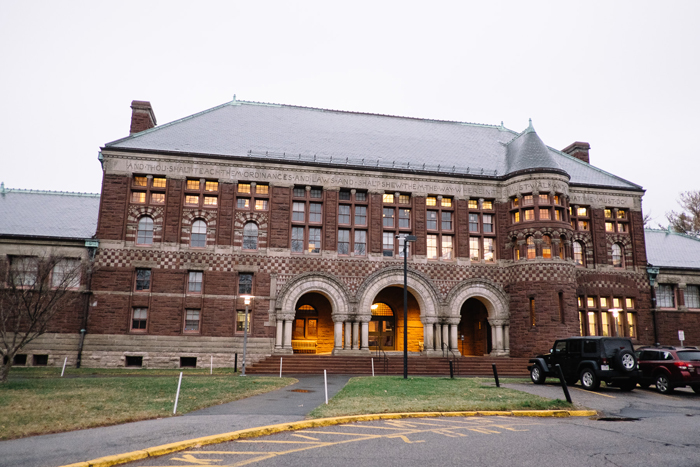 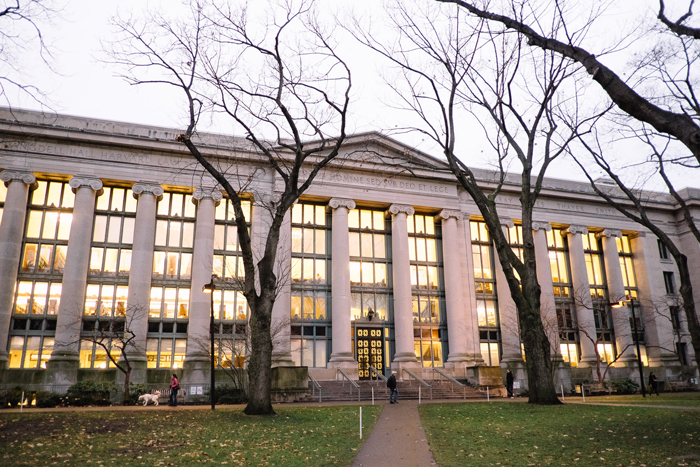 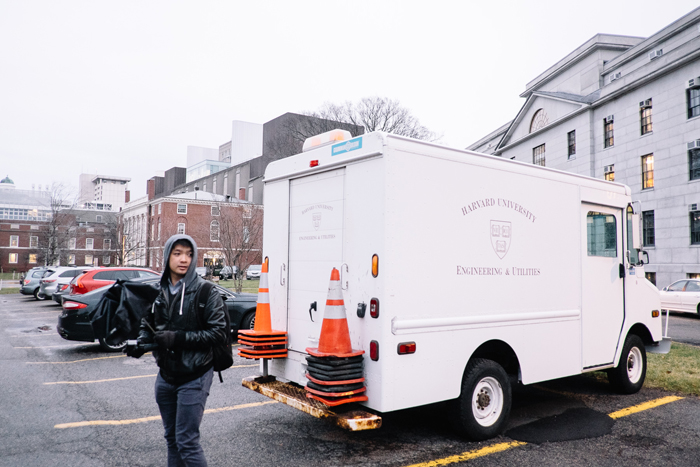 Overall impression of Harvard? To be honest – underwhelmed. Possibly because of the weather and lthe lack of students to make up the atmosphere. I can imagine it would live up to what people say it is on a good day though. Least we can now say, ‘We went to Harvard!…’ 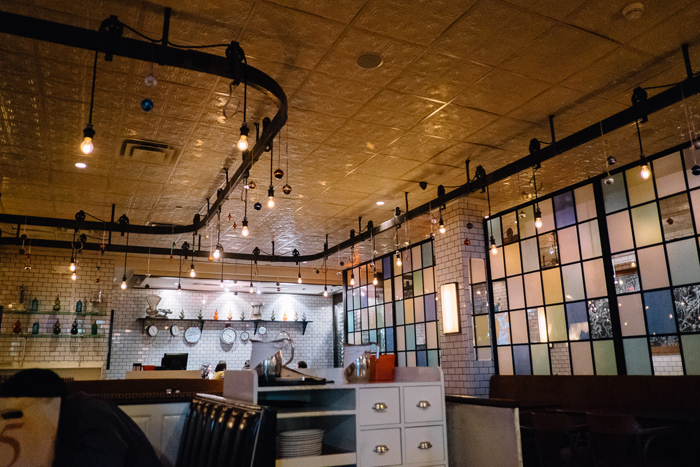 We spent the remainder of the night doing some late night shopping inside The Shops at Prudential Centre until closing time. Then we finally decided on a place for dinner even though it was well past 9PM. Our other option was Cheese Cake Factory but the queues were crazy! 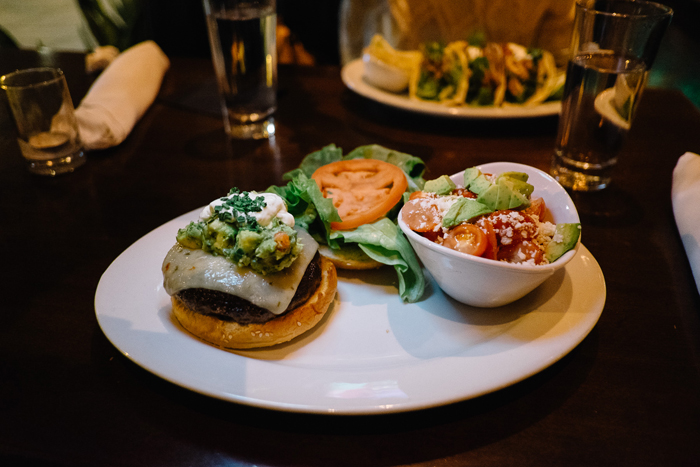 The burger was surprisingly good, juicy beef patties always win our tummies! Definitely not far off from Shake Shack standards! 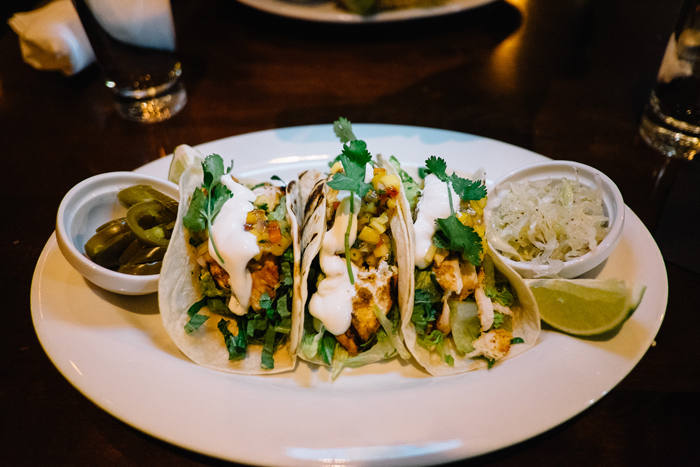 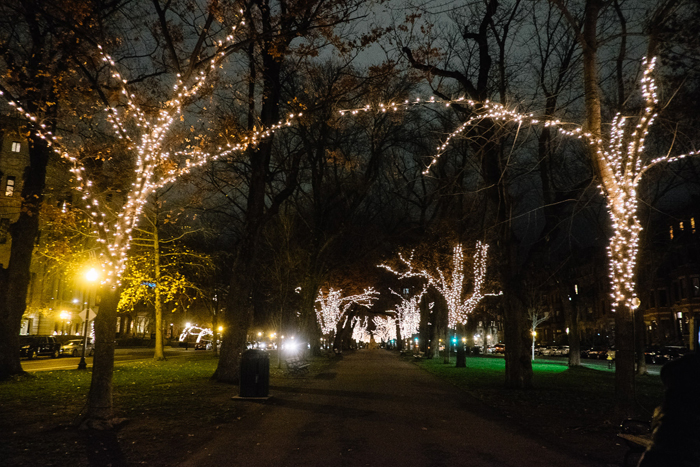 Last thing to wrap up the night was taking a stroll down Commonwealth Avenue, which during this time of the year is always lit up in fairy lights. So magical walking through this strip dividing 2 roads! 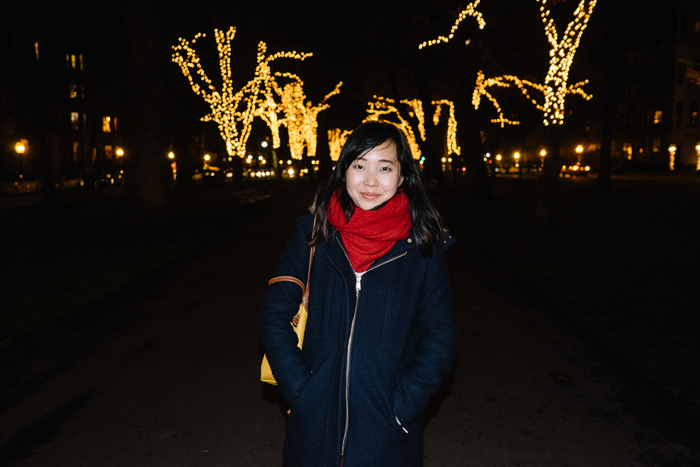 Off to New York in the upcoming posts, finally!!