We took a red eye flight from San Francisco to Boston with a short lay over (45min~) in New York because surprisingly that was the much cheaper route than going direct to Boston! The short lay over became longer than expected because the one thing I was fearful of happened… flight delayed! For 2 hours at least! That is 2 hours less of the already limited time we had in Boston. 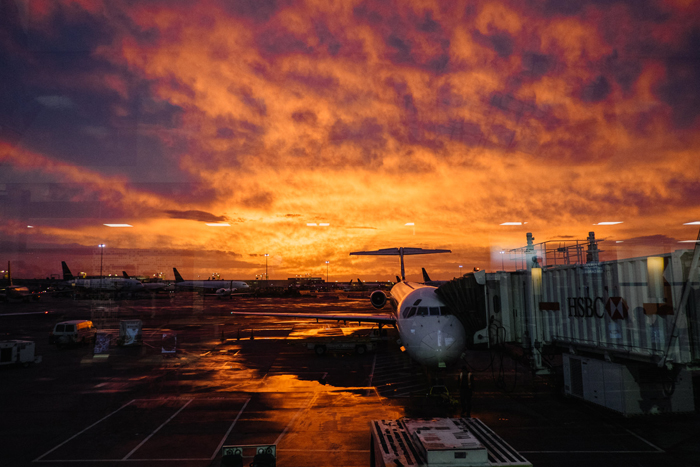 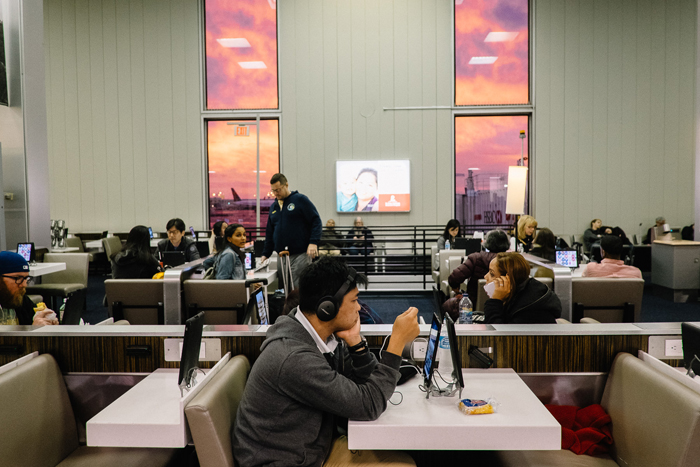 New York domestic airport wasn’t the most interesting but there were a fair amount of food stalls available, mostly fast food chains. What I found interesting was every seat with a table had an iPad mounted on it where you can read up on news or order food from any of the stalls there. 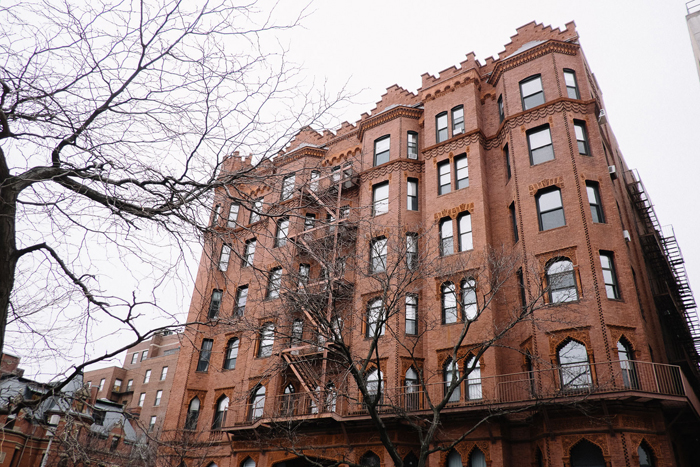 A short flight later we finally made it to beautiful Boston. It was rather gloomy and the first time in the trip we felt like we were on a winter vacation. Trees were bare and people were pretty rugged up. It was awesome how un-chaotic the place was compared to LA and SF. We took a shuttle bus from the airport which dropped us off in Back Bay. It was supposed to be a very short walk to our hotel but we ended up going around a few blocks with our suitcases bobbing across the streets. Couldn’t complain about this accident because we loved discovering more of the neighbourhood which were mostly brown bricked houses, the Christmas decorations made it feel extra special. We fell in love with Boston there and then. 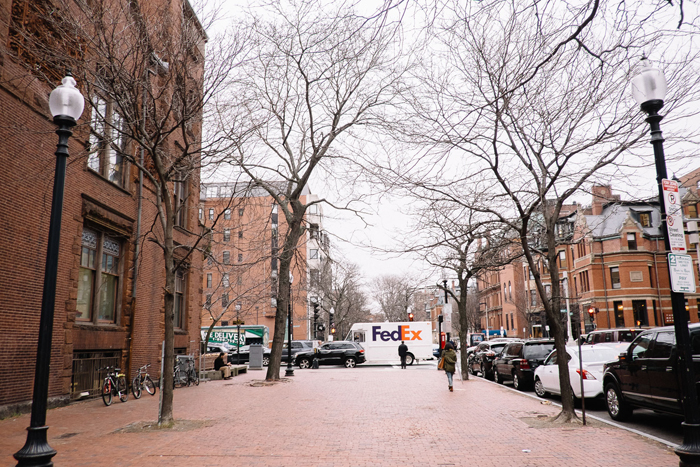 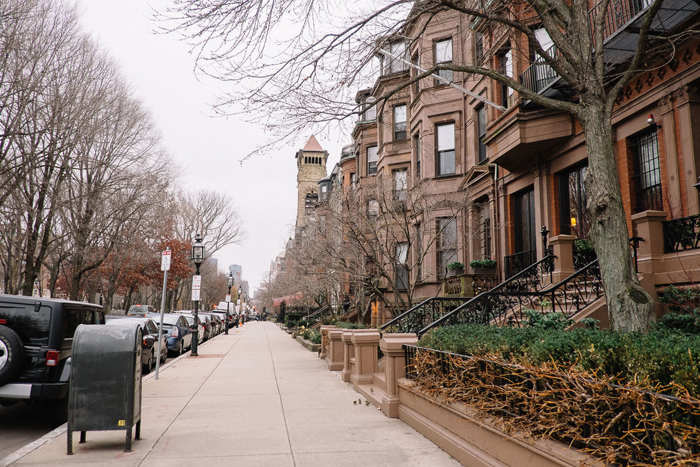 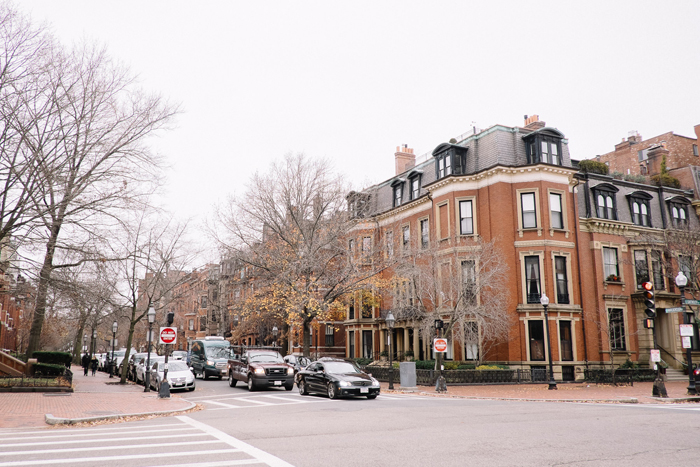 We stayed at Hotel 140 in Back Bay which was pretty centrally located and the best part is – it was really close to Back Bay Station for when we take our train ride to New York. They only had recently finished refurbishing parts of the hotel so was mostly quite new. 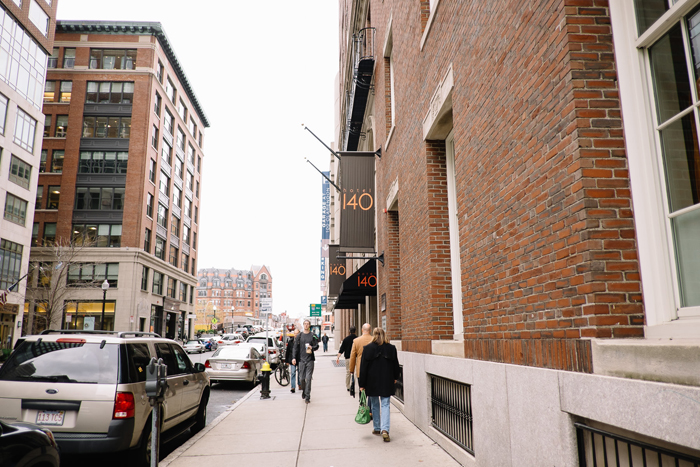 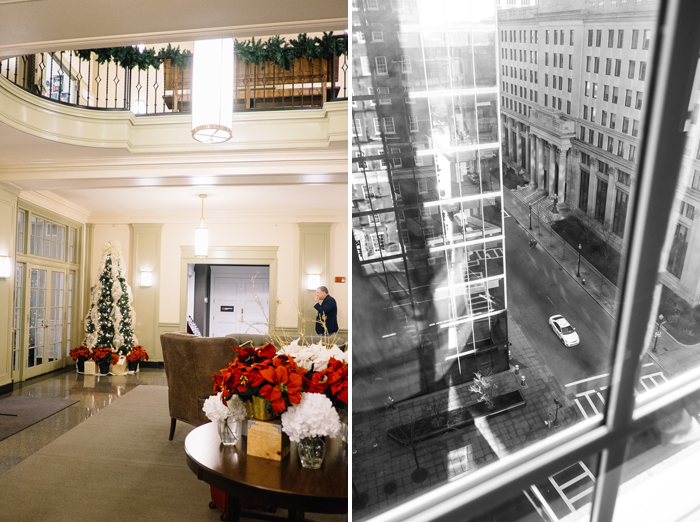 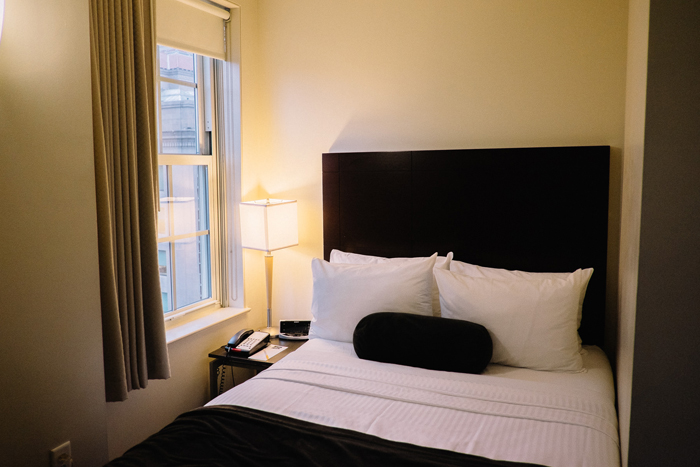 We refreshed ourselves up after a long night/morning we headed out as soon as we can before it started raining. With so little time in Boston, we had to make the most of it! 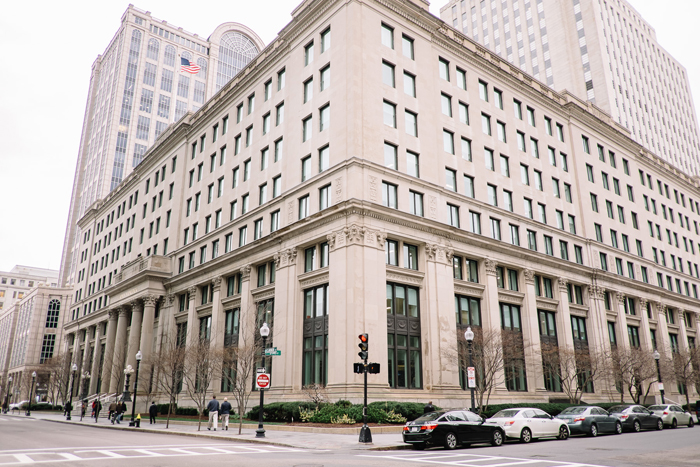 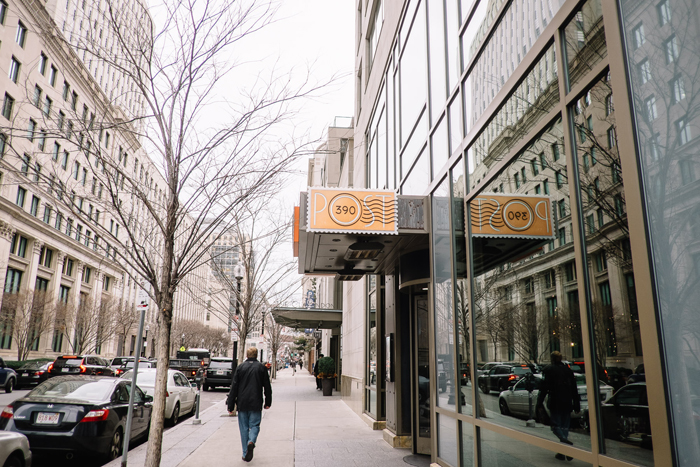 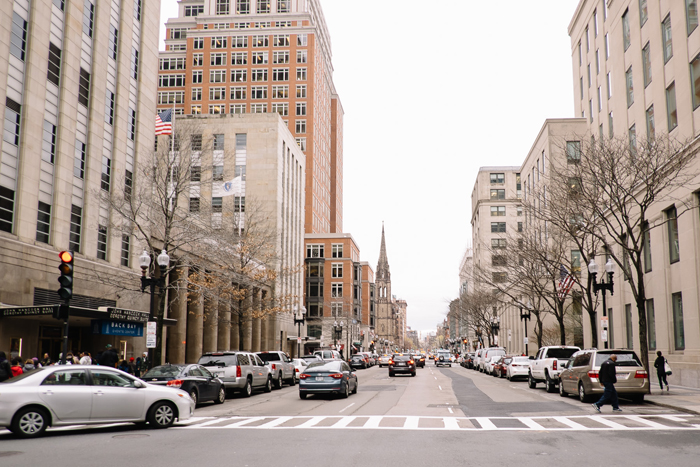 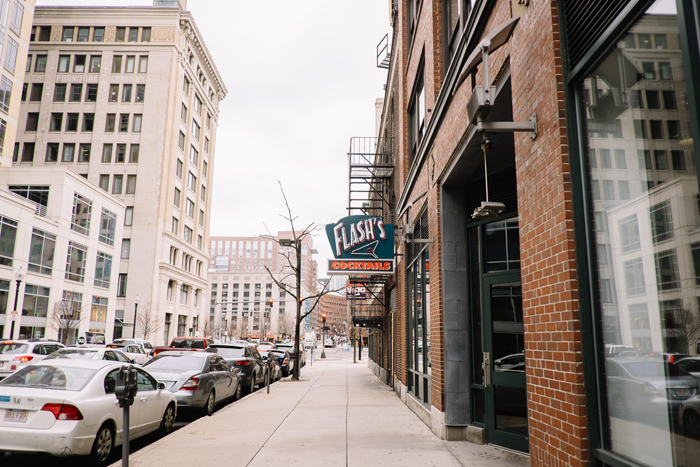 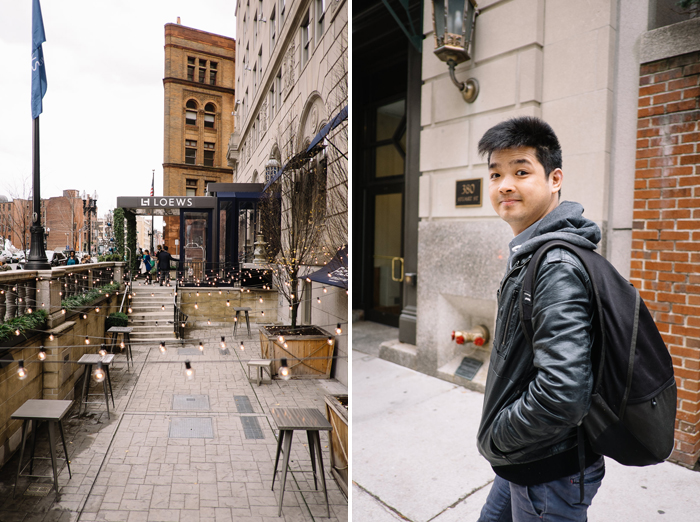 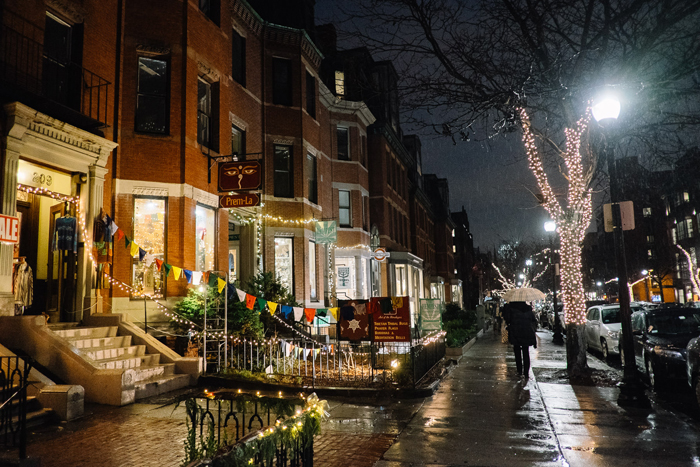 Newbury street – a long strip of mostly fashion stores like Anthropologie, Zara, Longchamp, H&M etc. We even spotted a Shake Shack along here! But decided to save our first bite for New York.

We had a light breakfast in New York Airport, skipped lunch because of our late arrival so we decided to have an early dinner. We walked up and down Newbury street before deciding on italian at Pappa Razzi’s for dinner 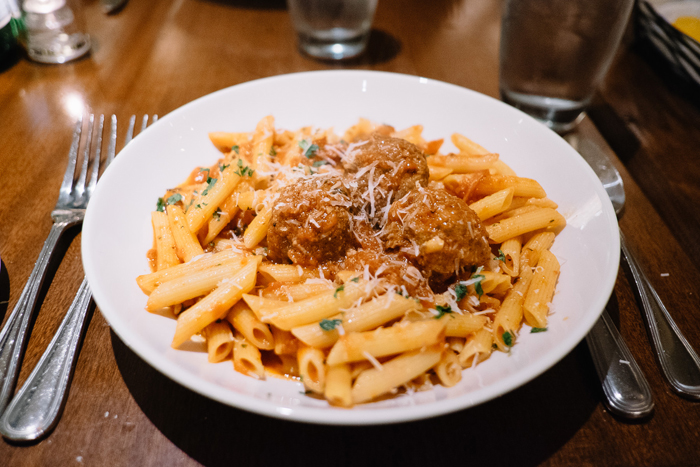 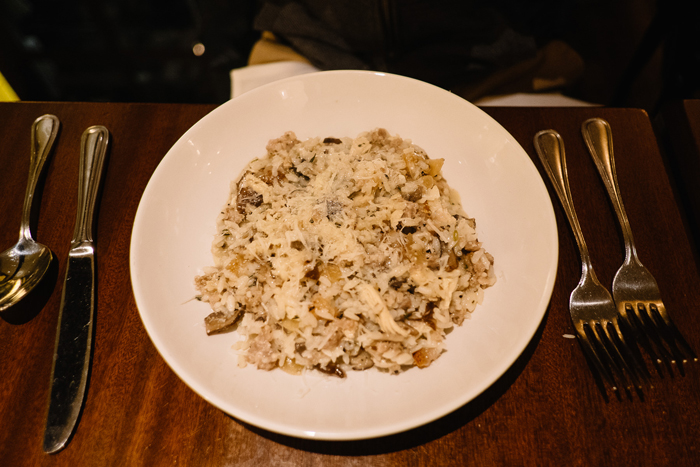 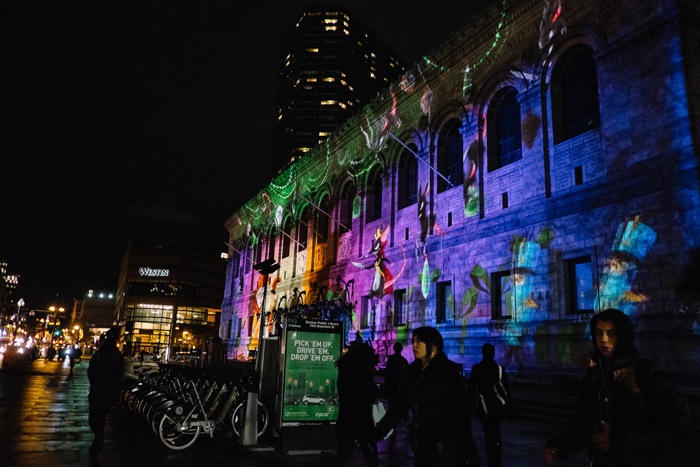 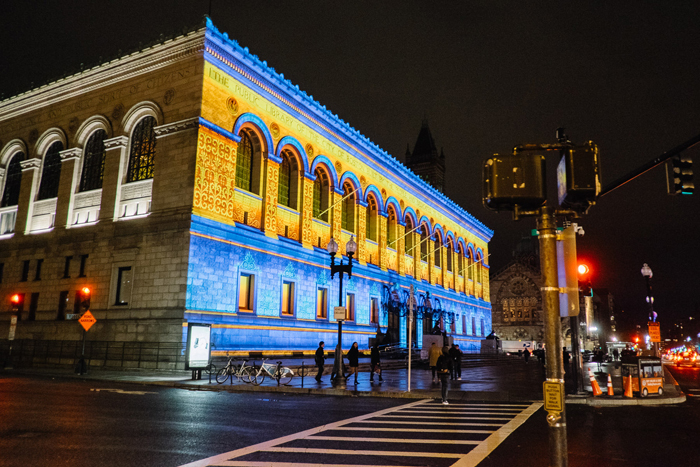 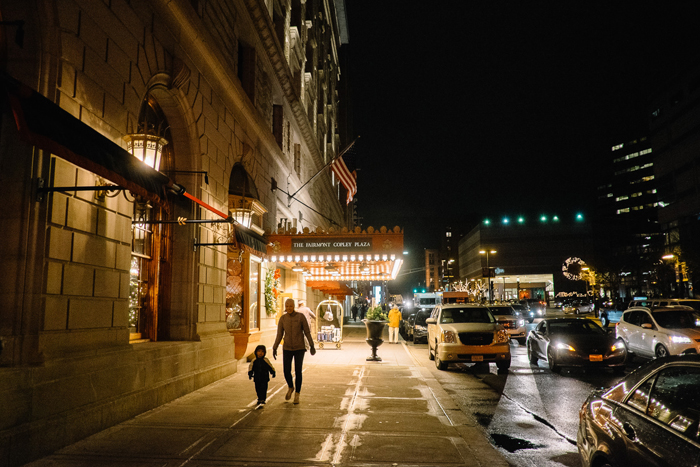 Next post we’ll be setting foot on the Freedom Trail!