We had a farewell dinner for a long time friend (who was moving back to Indonesia) at Green Peppercorn some months ago.Green Peppercorn is located upstairs of Civic Hotel in the corner, and just one of the many Thai/Lao restaurants along that strip.

It was a Sunday night and thought there might be a chance that the place would be busy (judging by the number of times I’ve seen food photos appear on my instagram.. mostly of the pandan creme brulee) so I made a booking just incase. We arrived and we were pretty much the first ones there at 6:30PM. I liked the modern fixtures in this space, it was fairly opened out so would be perfect for big groups. 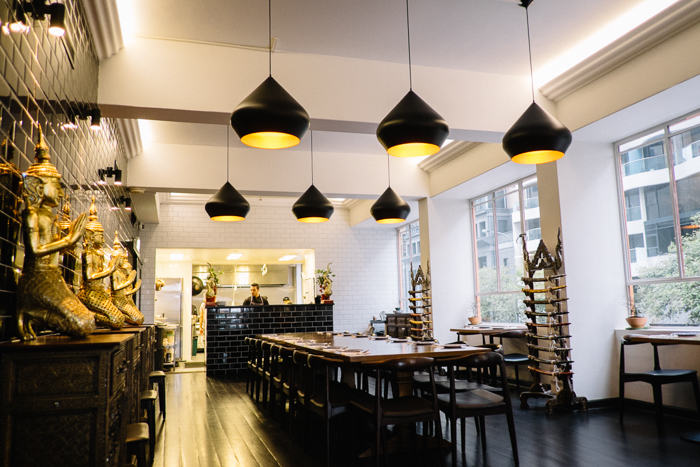 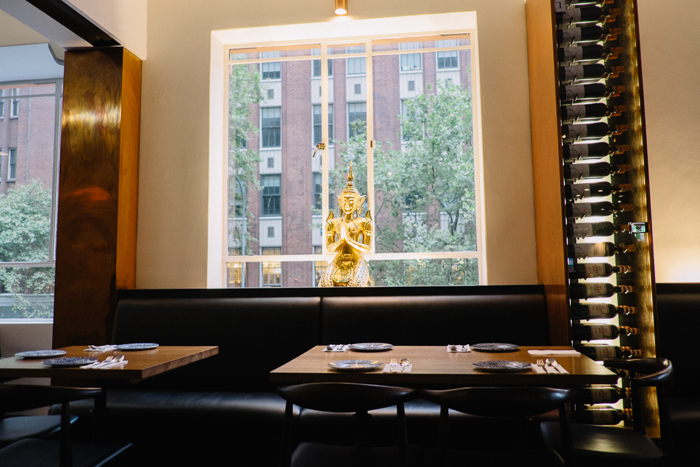 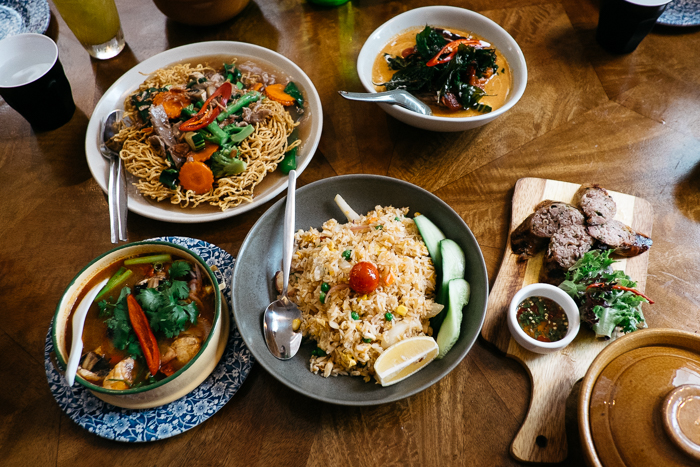 Our food came out pretty quickly and soon enough we had a colourful palate of food in front of us. The natural light at that hour was pretty amazing, hence I had to snap away! 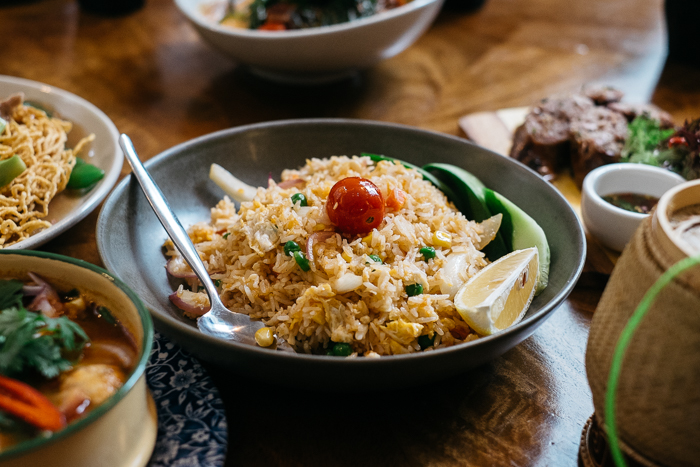 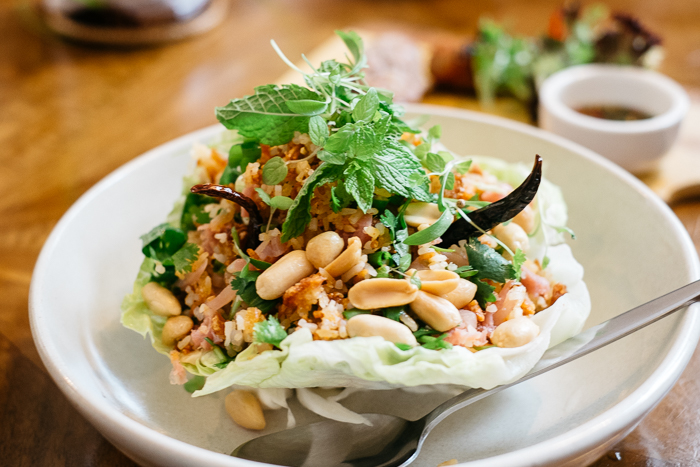 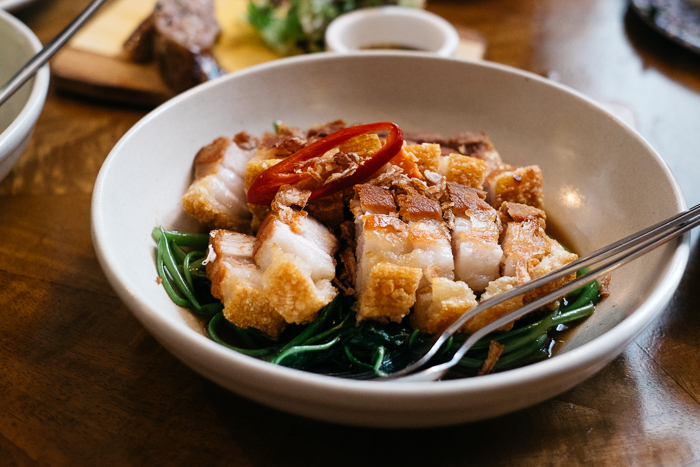 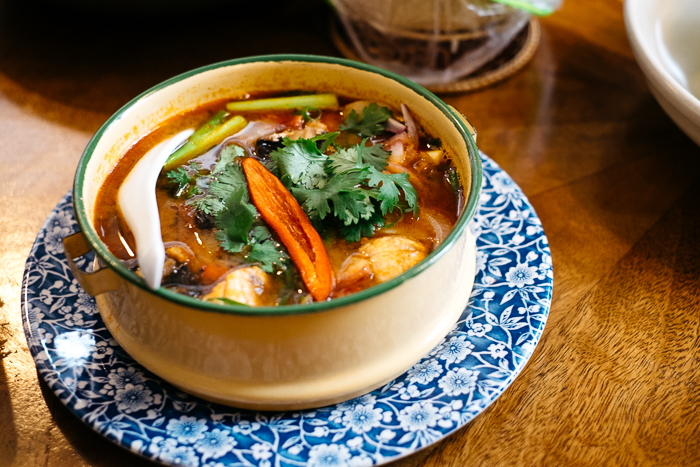 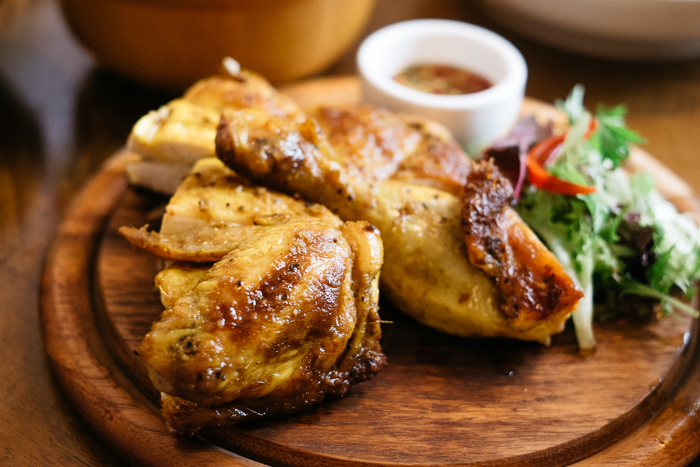 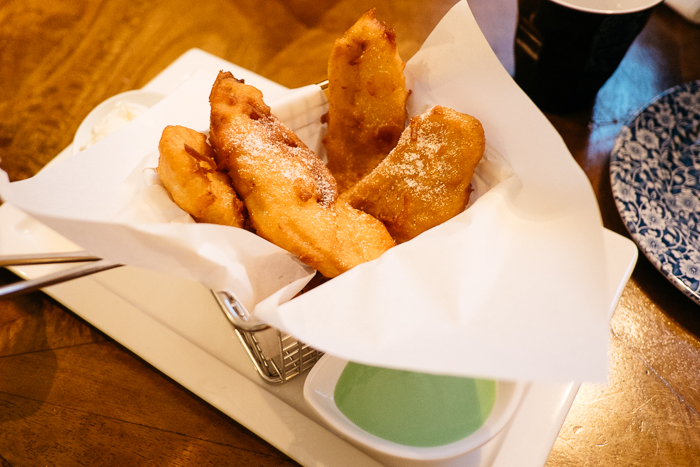 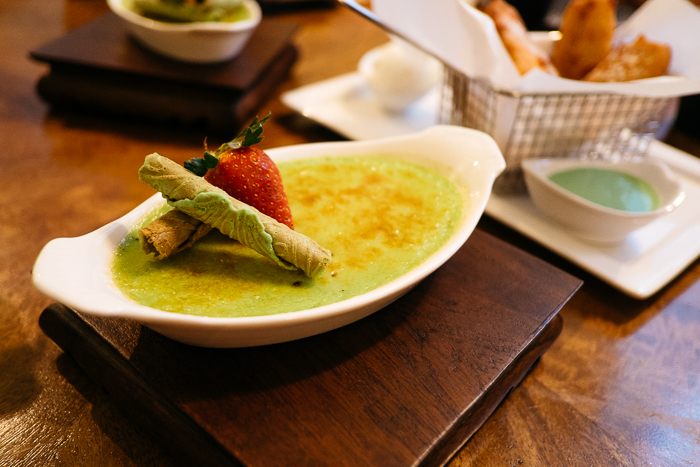 My personal favourites from these dishes were the crunchy rice salad and the Lao bbq chicken which was fairly flavoursome. The infamous pandan creme brulee didn’t disappoint either. We wanted to try their other pandan desserts such as pandan waffles but they were unavailable that day. Definitely want to go back and try more of their dishes, they also had a black sesame creme brulee which sounds pretty good too!

We’ll be back, for dessert.