Over a week ago my team and I travelled to Fiji for work!

Being able to travel out of Australia for weddings is one of my biggest goals to achieve as a wedding photographer so this recent destination wedding brought me a step closer to fulfilling this goal!

This was the first time that both Photo & Video team get to go overseas to shoot a wedding together so it was exciting being able to have a few of us experience it together (how I wish we could’ve brought the whole team!).

The few weeks leading up to the trip was a hectic one as I pretty much had to work a little harder and a few more ‘over times’ (I avoid working after dinner/before bed) just so I can have a clean slate before the trip.. especially since I would have almost a whole week off from doing work. You can imagine I had very little packing time but made sure that I had all the gear that we would need for the 2 day wedding… though still questioned if I’ve forgotten anything during the whole trip.

Posting my last instagram/status update before possibly not having internet for the next few days… (though we ended up paying a premium to have it!) 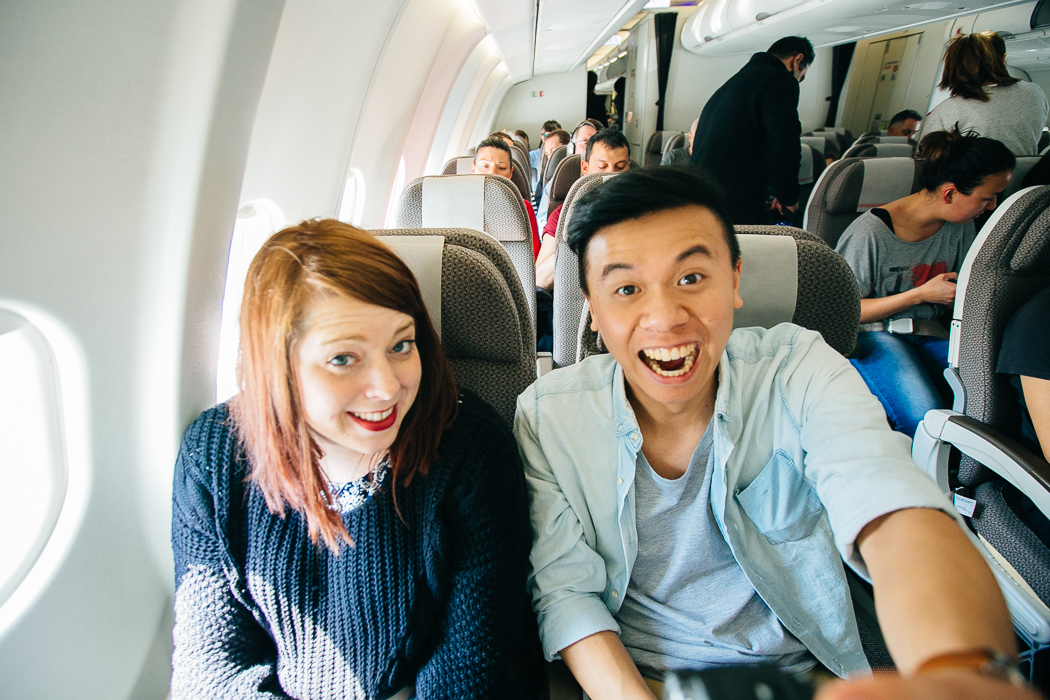 2 of my 3 crazy sidekicks 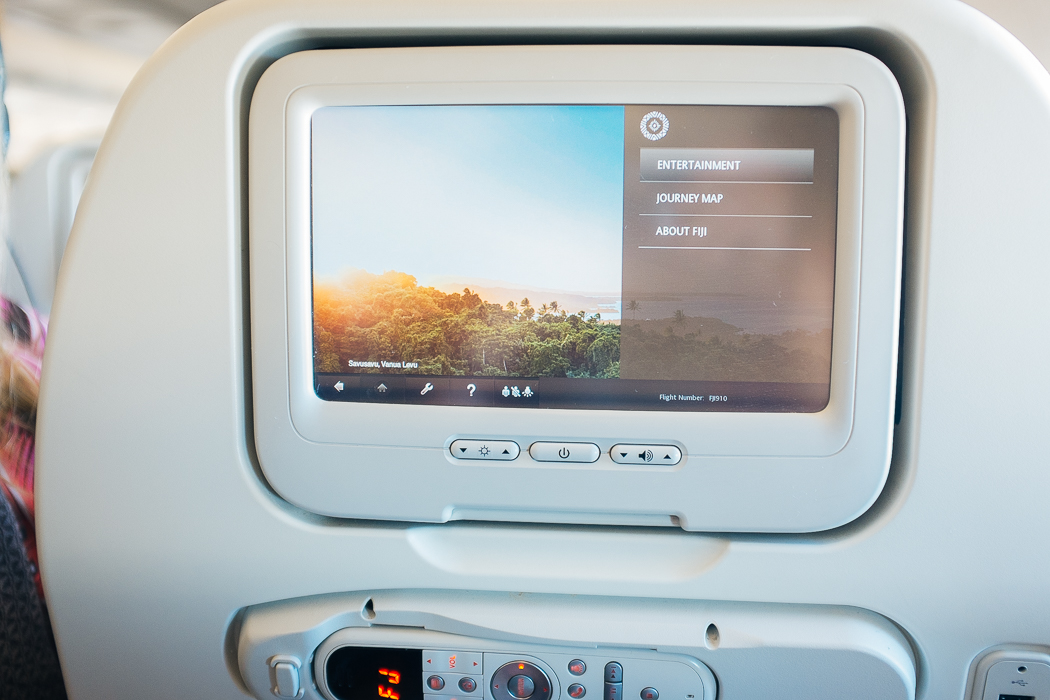 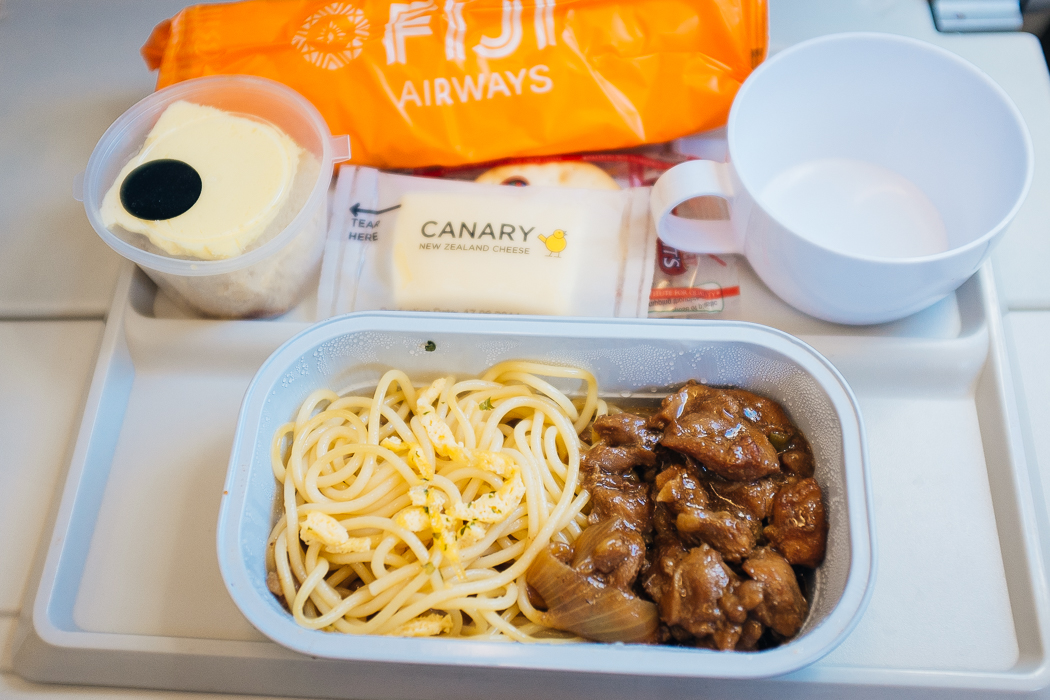 Did not expect the plane being fairly decent, complete with free movies, entertainment and food wasn’t too bad although the serving was small. This is the Chicken Chow Mien. 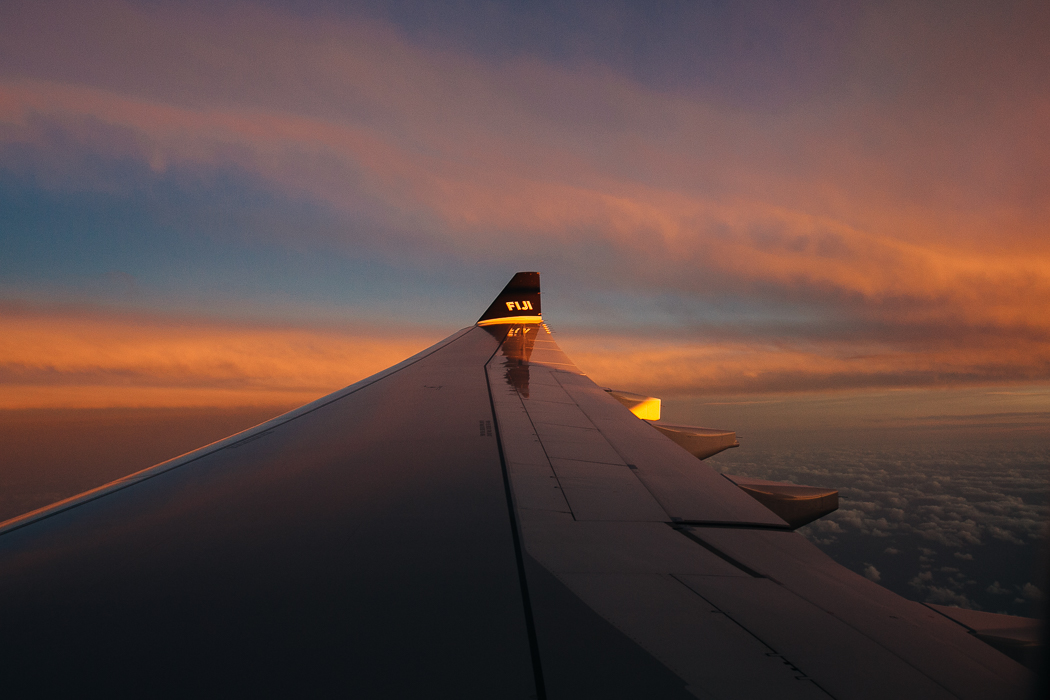 We were sitting on the less prettier side during sunset hour… but this was still nice! 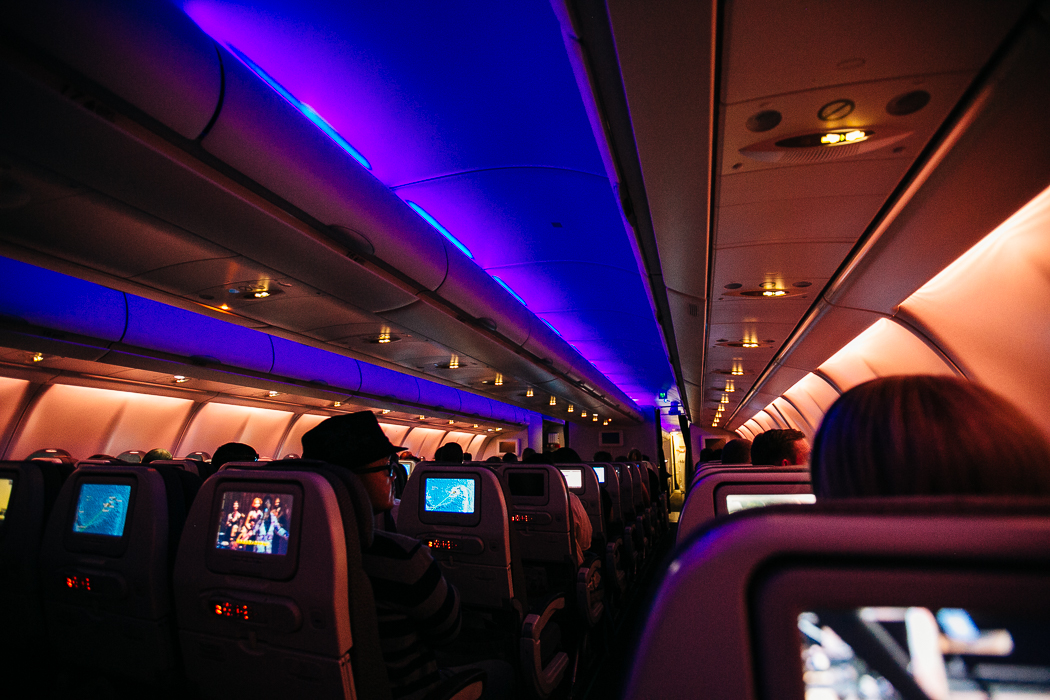 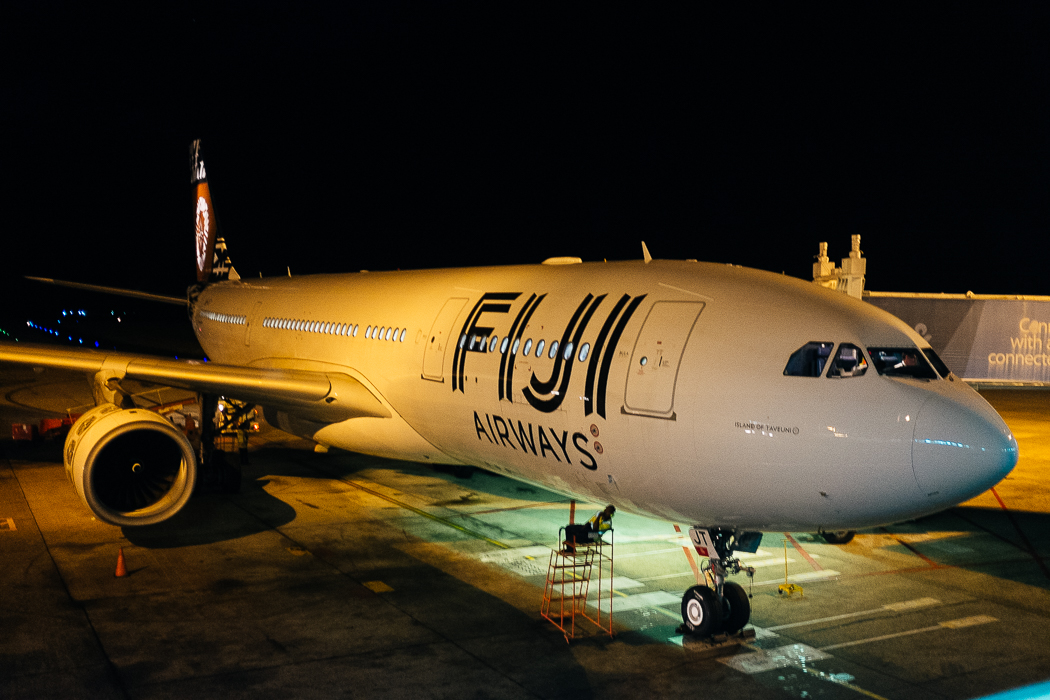 Landed in the future! Fiji was 2hrs ahead of Sydney, so it was 6PM when we got there. 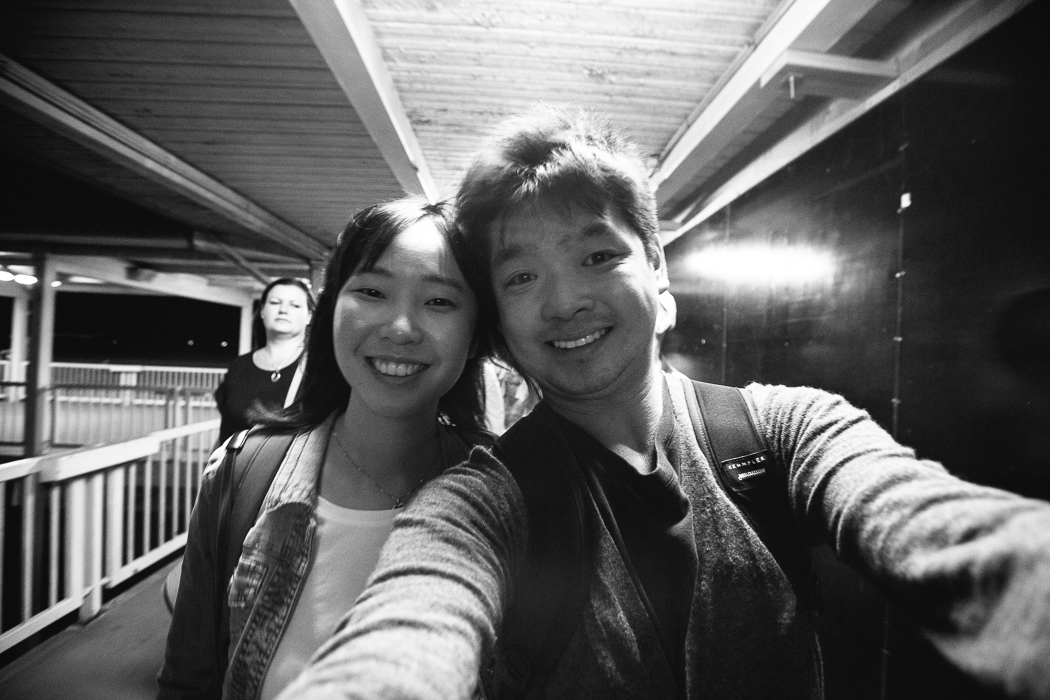 I’m glad that Alfred was able to come along on the trip and assist me on the photography front. 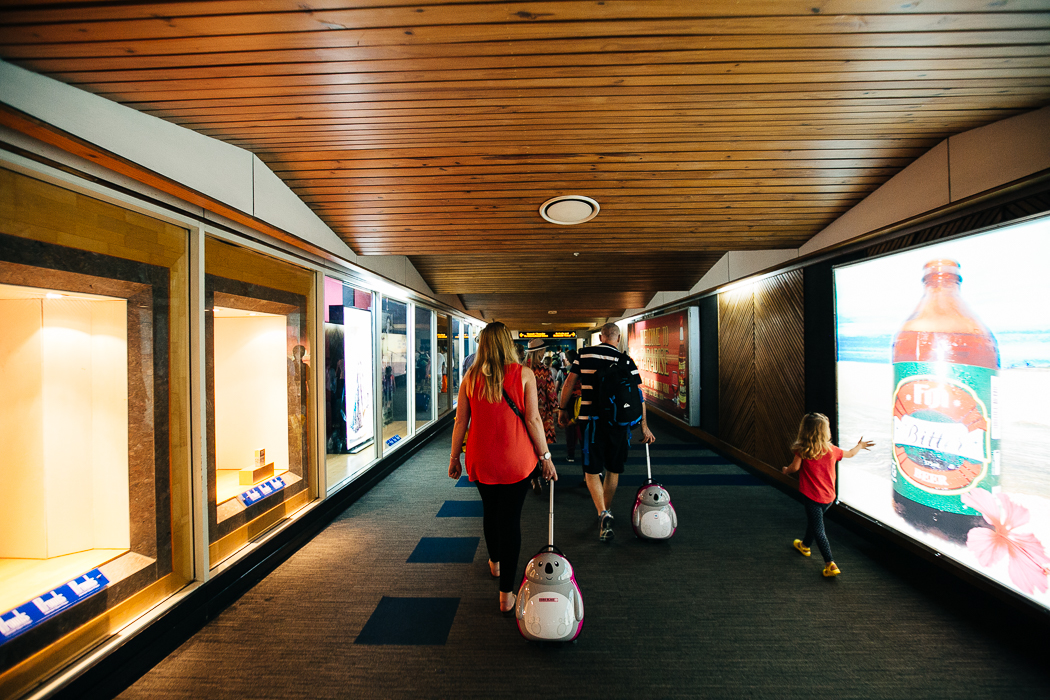 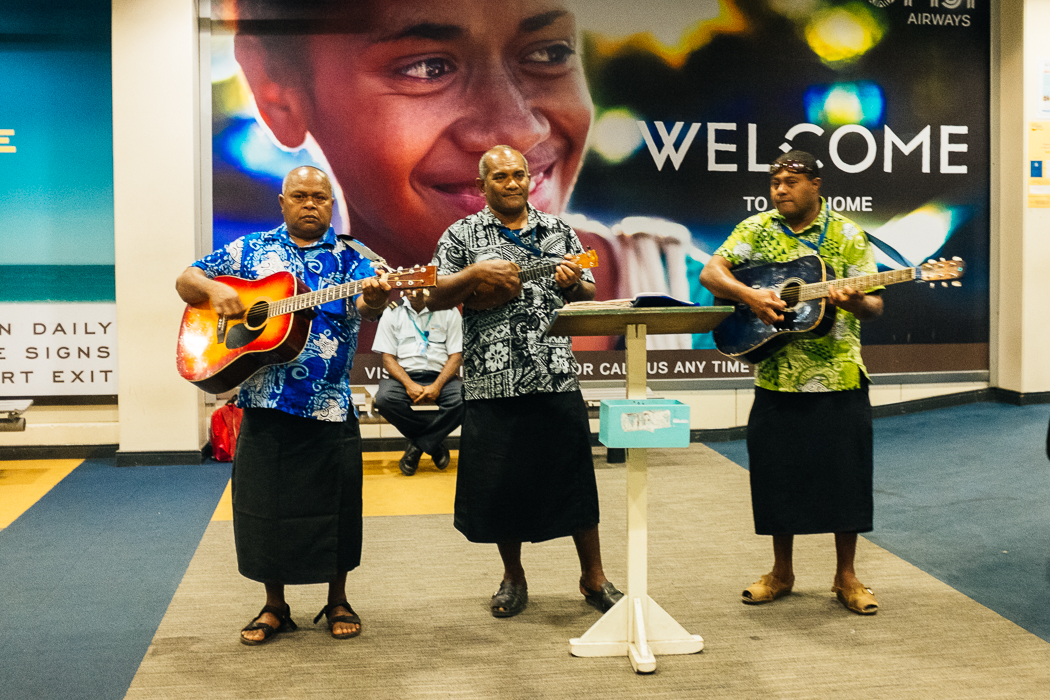 Greeted by the local string band, I can’t help feeling like I’ve just landed in my island home (Vanuatu), though the surroundings are nothing like it. 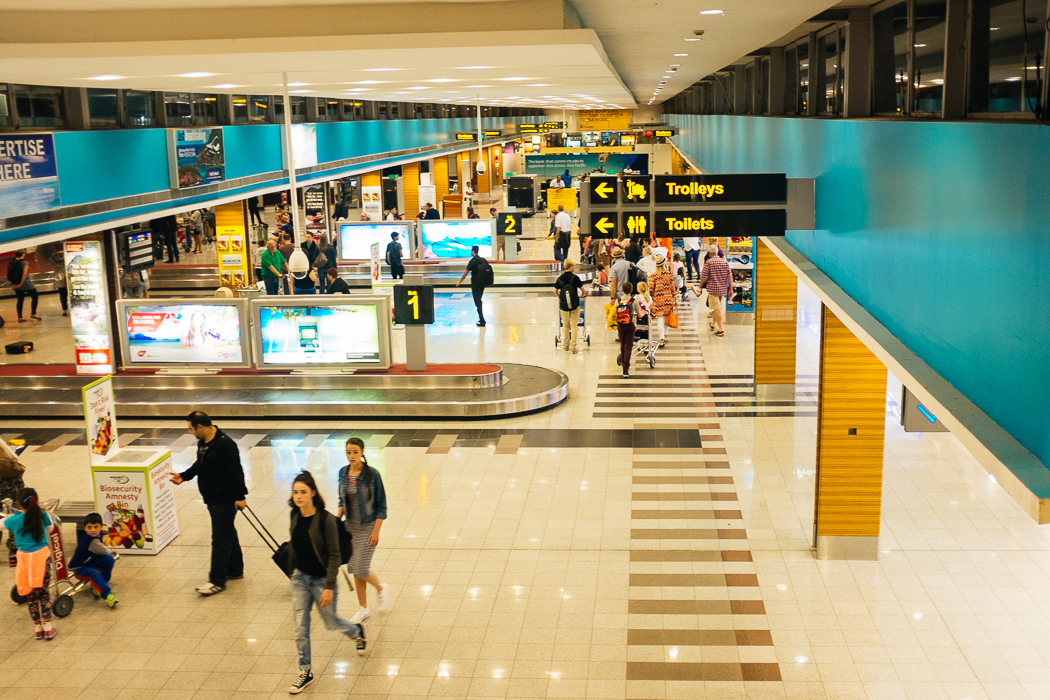 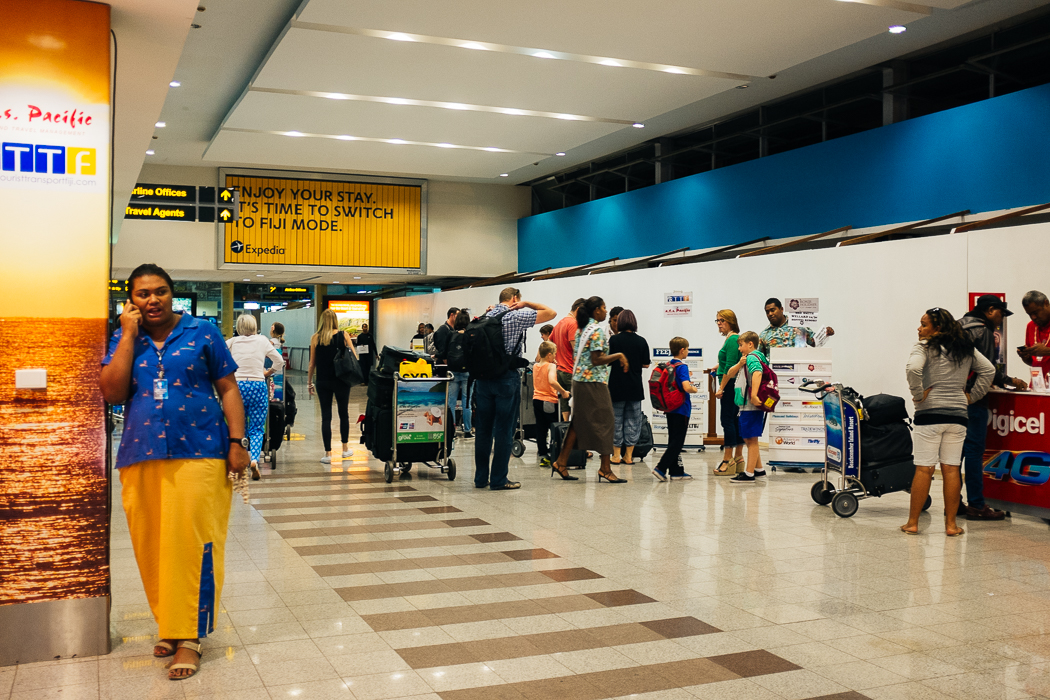 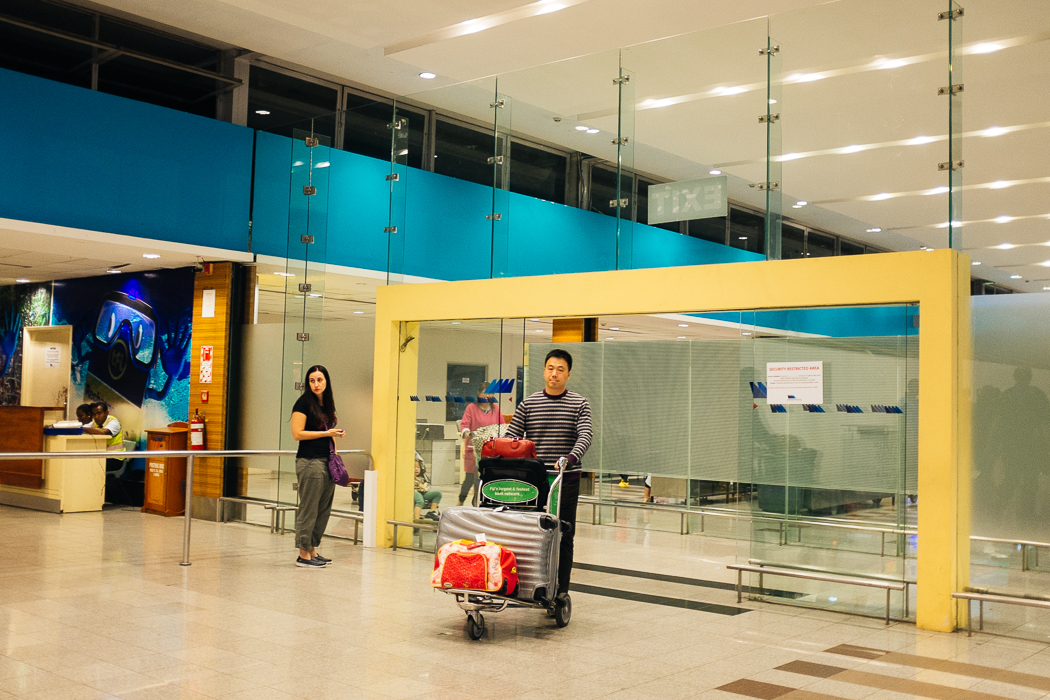 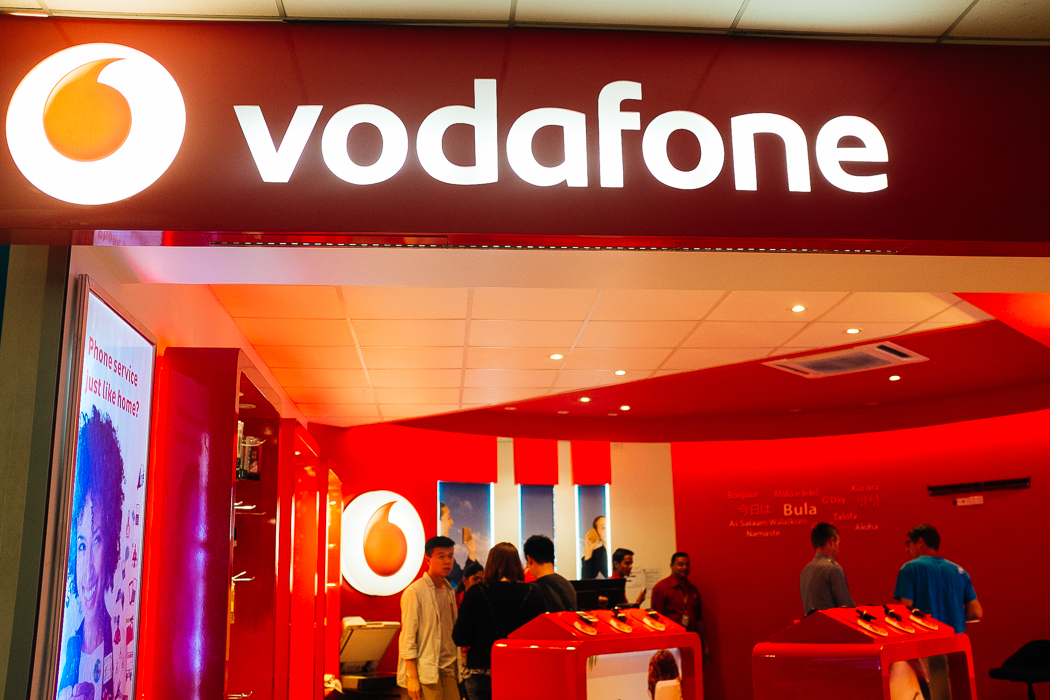 The moment we got out we went straight into the Vodafone store in hope to get us some sim cards purely for data, waited over 30mins and in the end we couldn’t get internet working on our phones so had to refund it. So Vodafone is also Vodafail in Fiji too…

After a 20min ride in the almost pitch black streets of Nadi (luckily in the resort’s shuttle bus and not the taxi!) we finally got to our resort, which conveniently was where the wedding will take place at too. We stayed 3 nights and 4 days at First Landing Resort in Vuda Point. First things first, we were starving at that point so filling up our tummies were a priority. It was close to 9PM when we sat down at the resort’s restaurant. 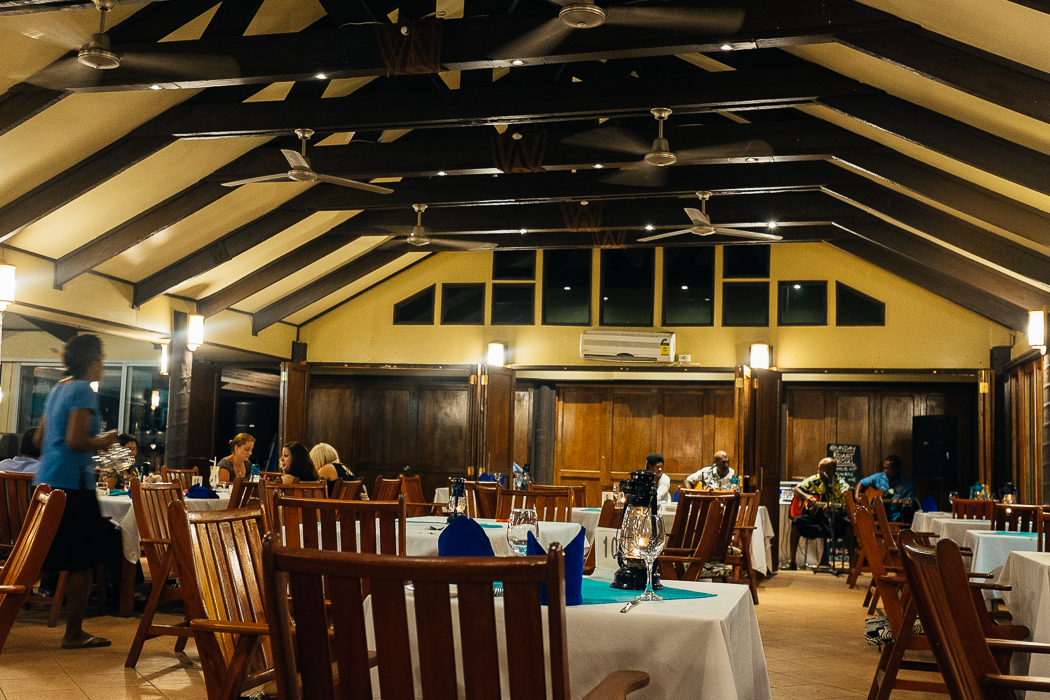 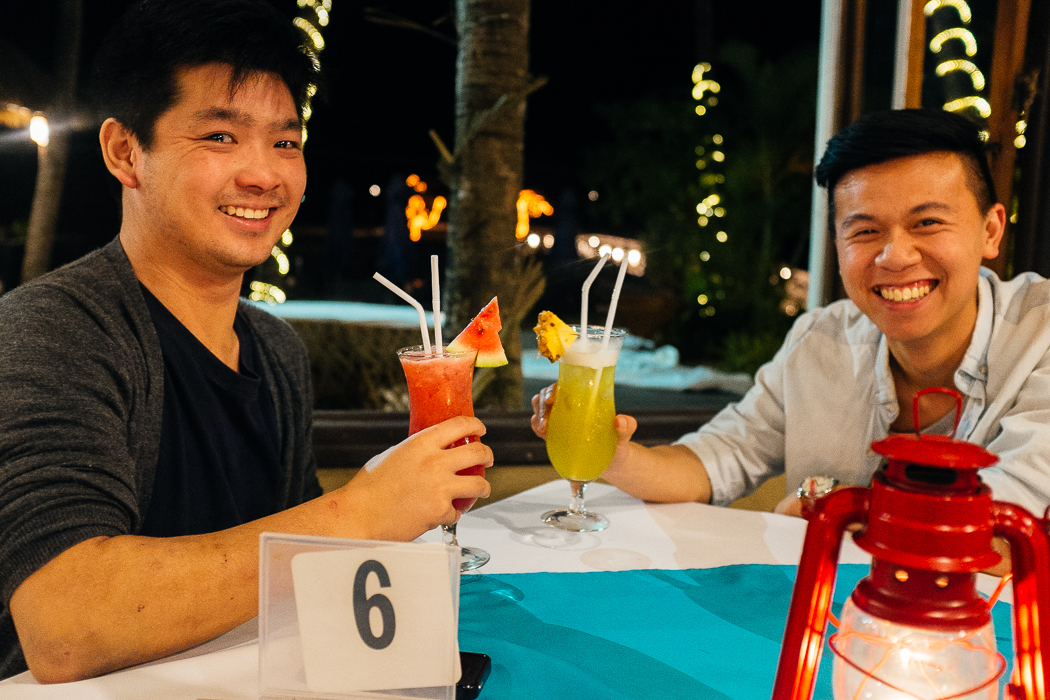 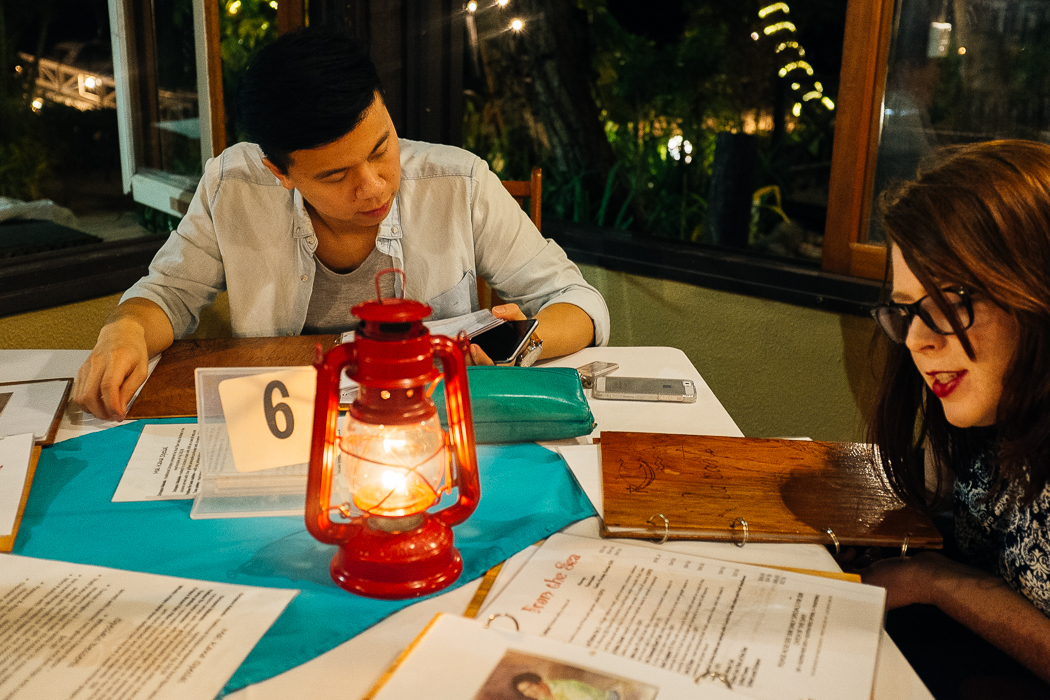 They had pasta, burgers, indian, asian food (nasi goreng too) but we avoided picking things we could get back at home… and went straight for the menu items with the unusual ingredients. The main ingredient of most of our dishes that night was fish, not surprising since we were in Fiji after all! 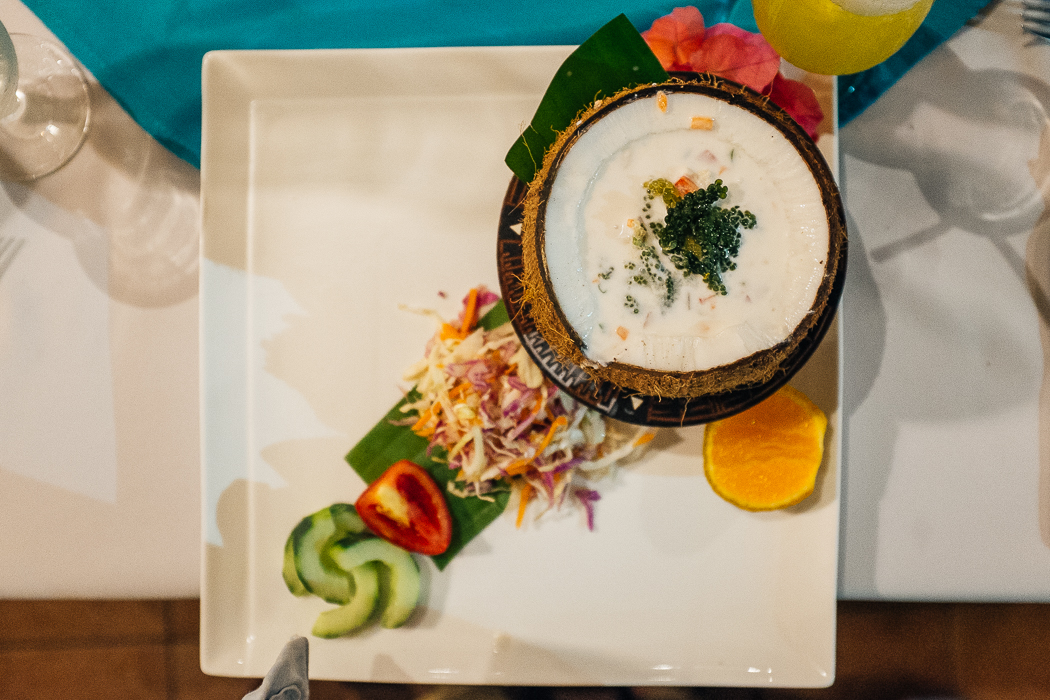 This dish was my absolute favourite during the whole trip! It does remind me a lot of the Tahitian fish salad that I had growing up in Vanuatu but a lot richer in coconut milk. It had some interesting ingredients such as the sea grapes (green fish roe like things) which was slightly chewy and salty but did not burst in your mouth like fish roe would. 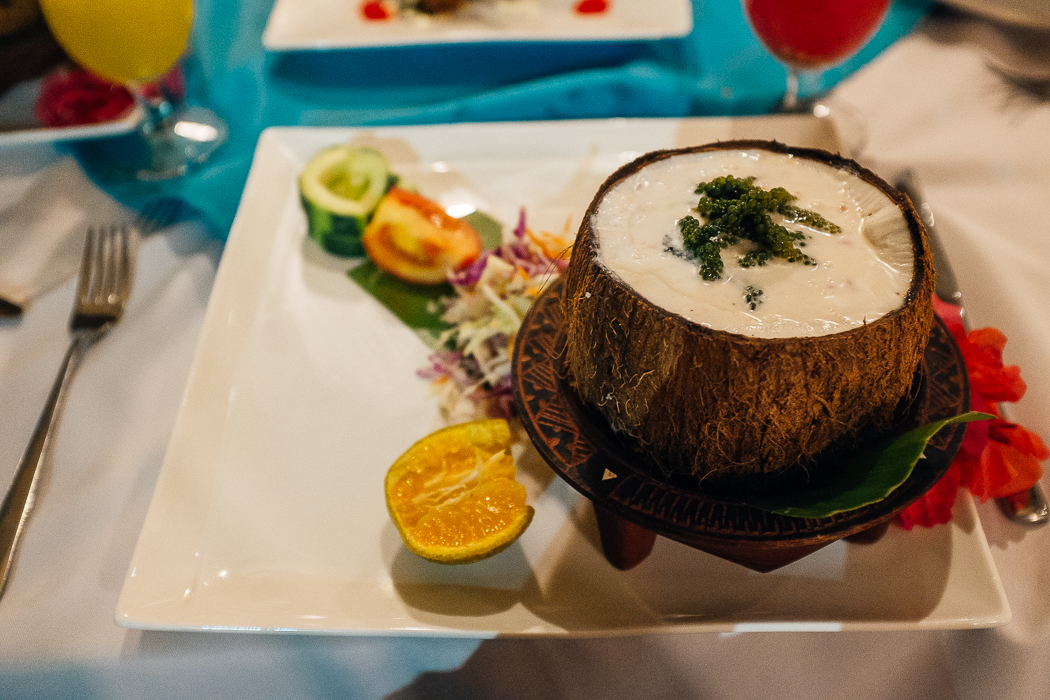 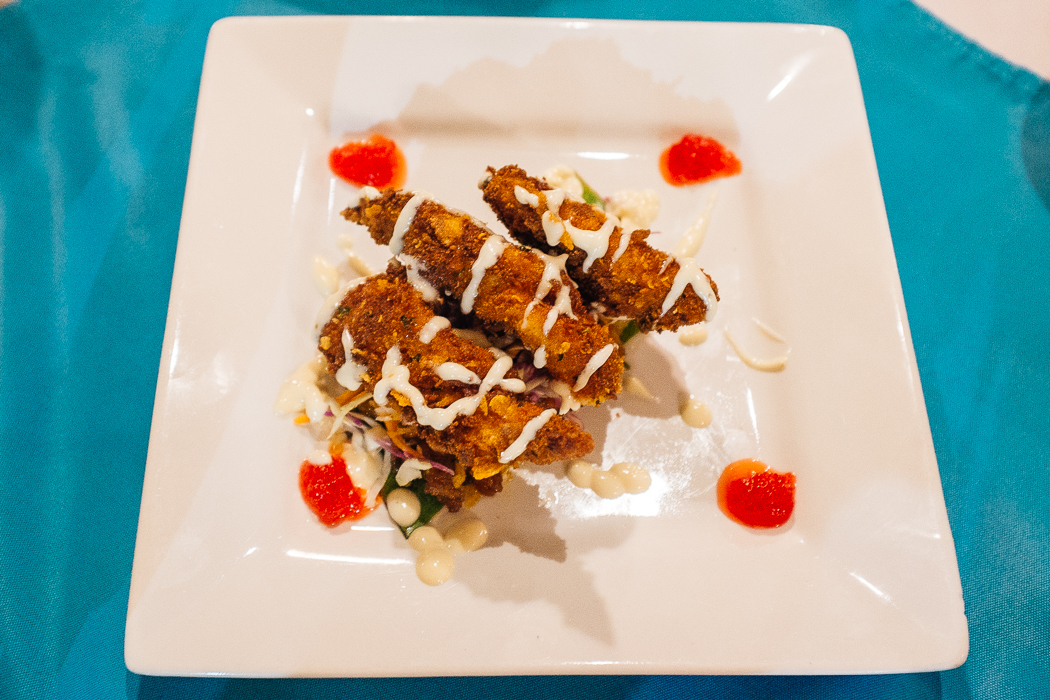 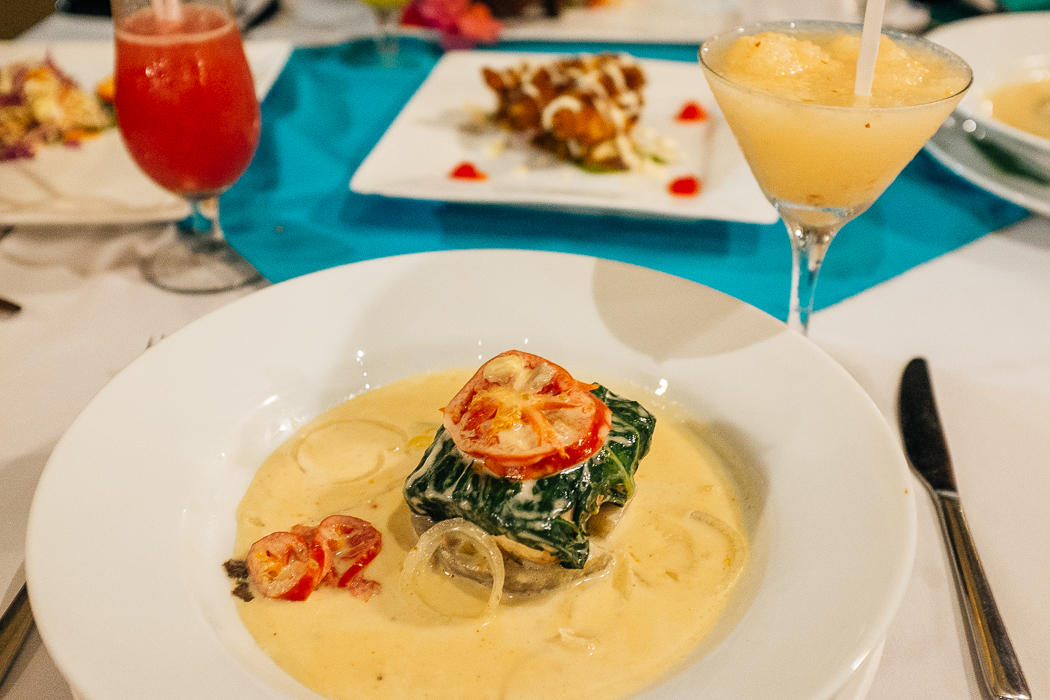 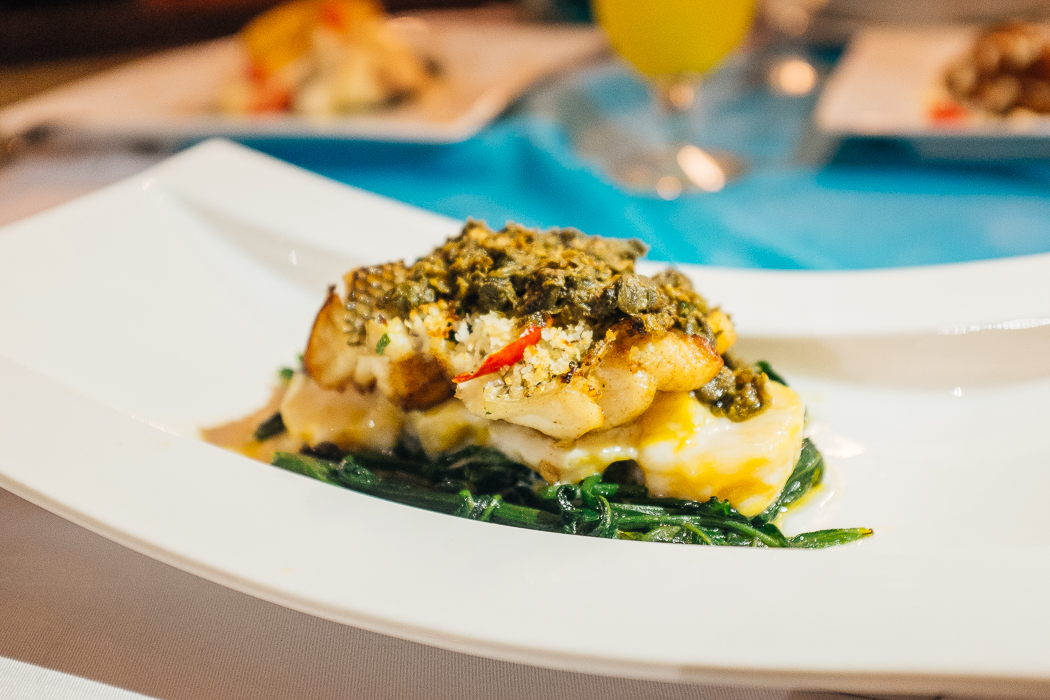 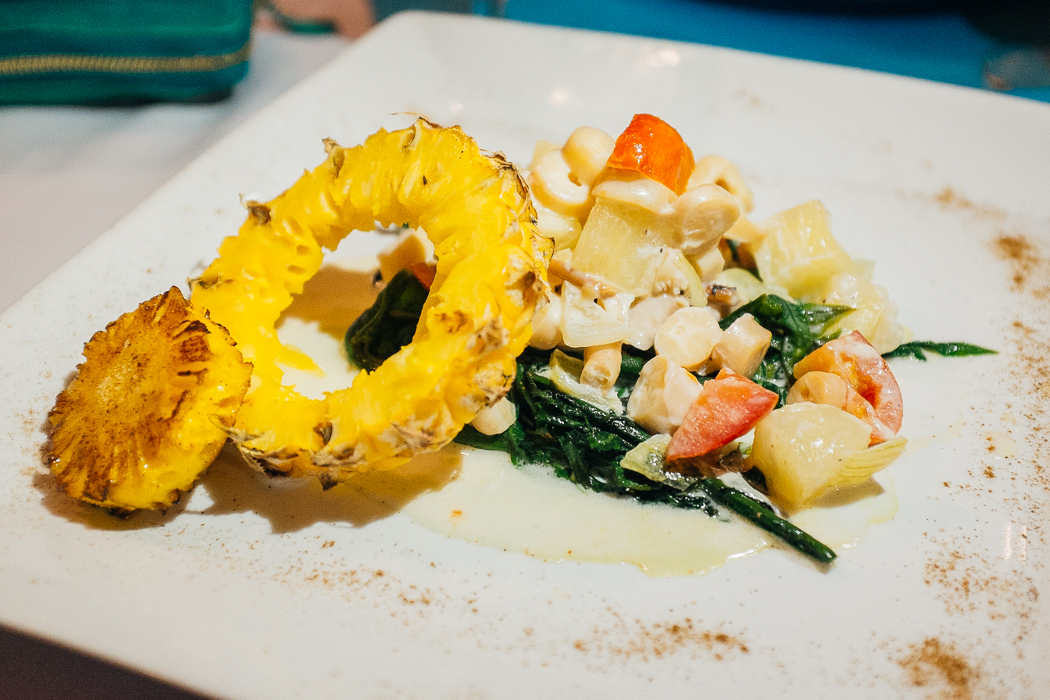 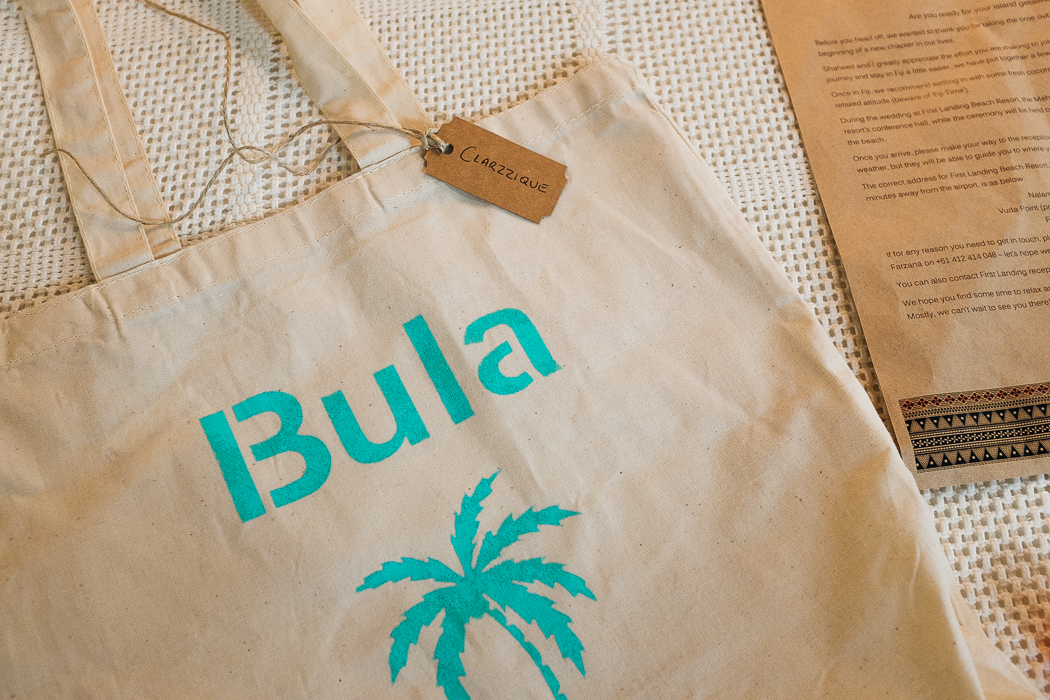 We received this super thoughtful package upon arrival at the resort – a survival kit from the Bride & Groom! We definitely made use of a lot of the contents during our stay! 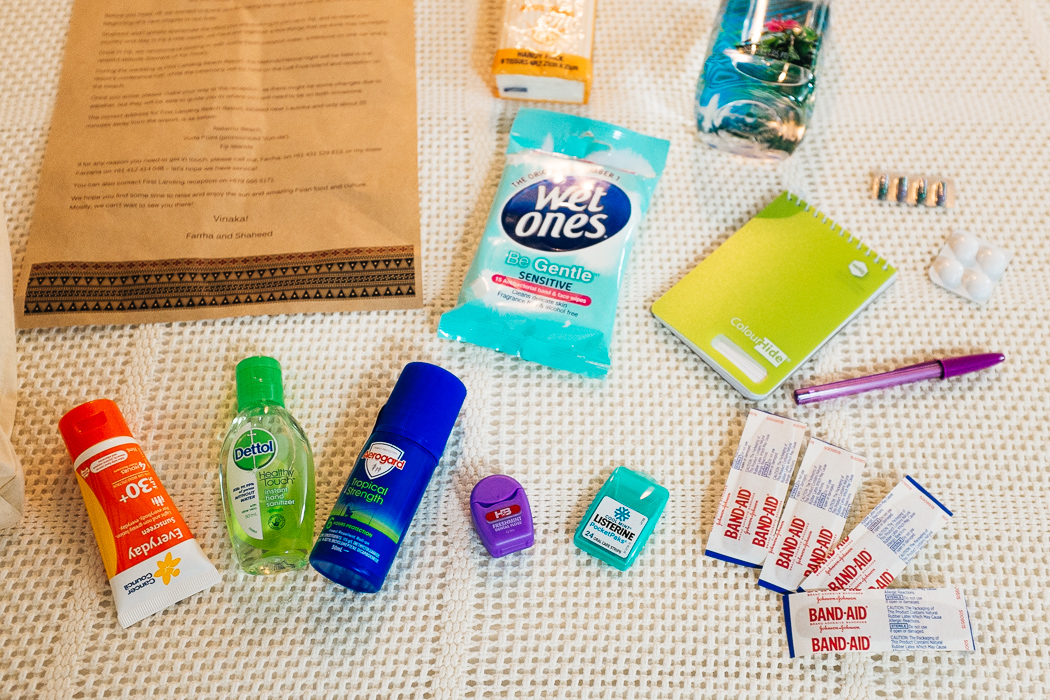 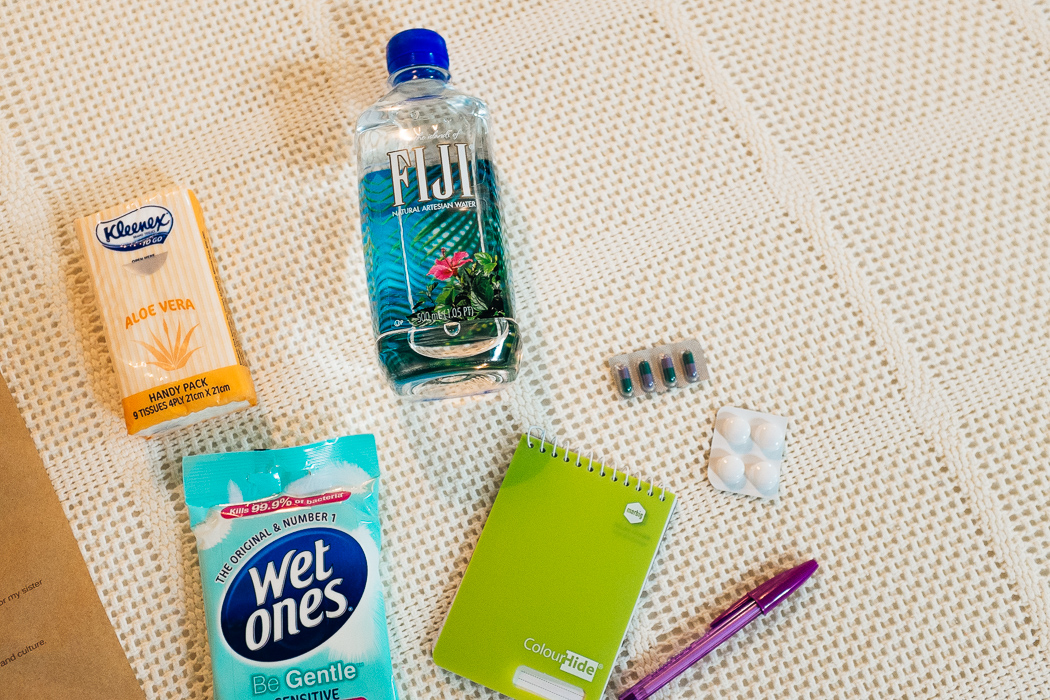 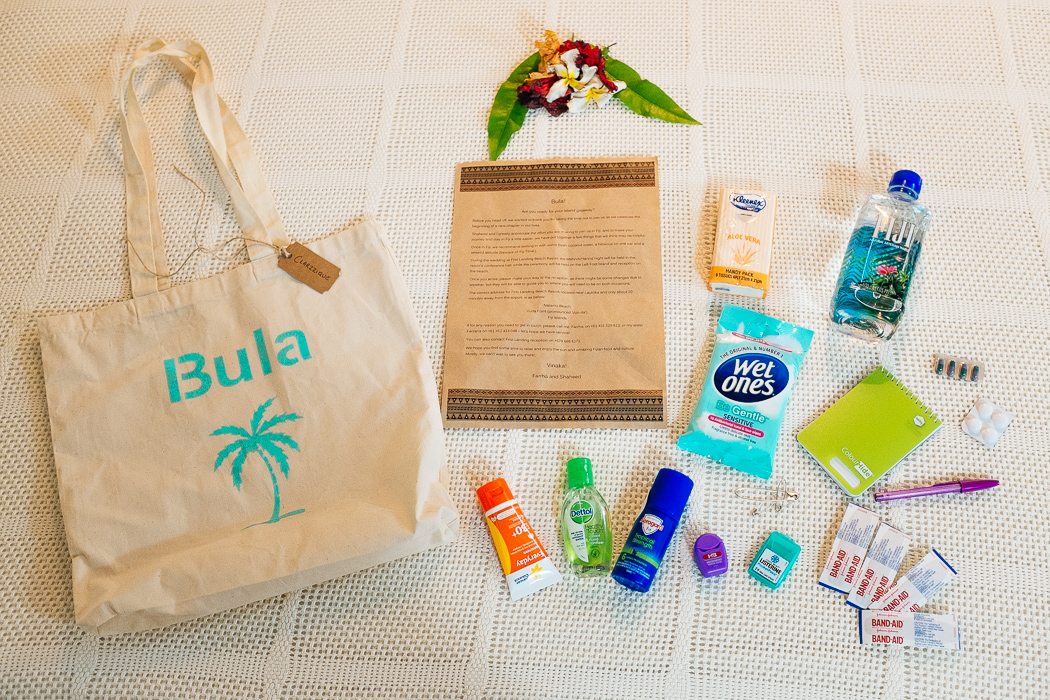 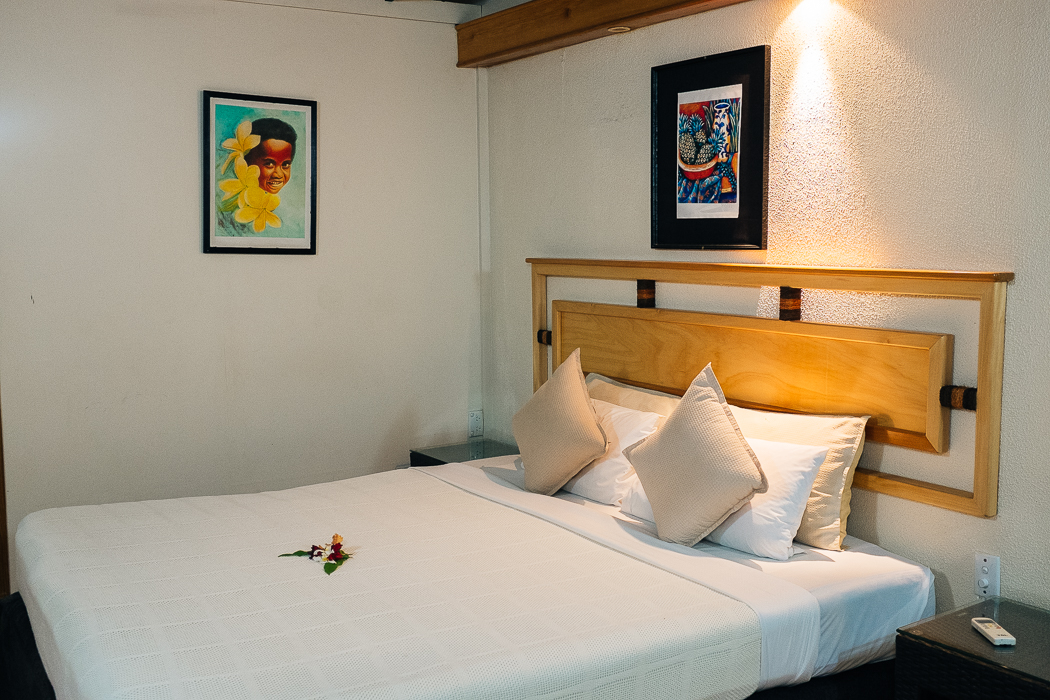 We stayed in the Garden Bure, not quite close to the beach but it was still nice being able to hear the wind blowing through the trees and such outside at night… somewhat calming to me.

That’s a wrap to our first few hours in Fiji, will have another 2 or so posts about what we got up to outside of the wedding days!