After being on American soil for a good 2 weeks, where our diet consists mostly of burgers, pizzas, <insert western food>, you can’t blame our cravings for Asian food. Our kind of comfort food in cold weather is any kind of soup noodle… ramen being one of our favourite go to’s! Luckily, you can find a decent bowl of ramen in New York. Totto ramen is one of the highly rated ones, Ivan ramen was the other one we wanted to try. The smaller branch of Totto ramen on West 52nd street was within walking distance from where we were in Times Square and after our “quick” trip to B&H. 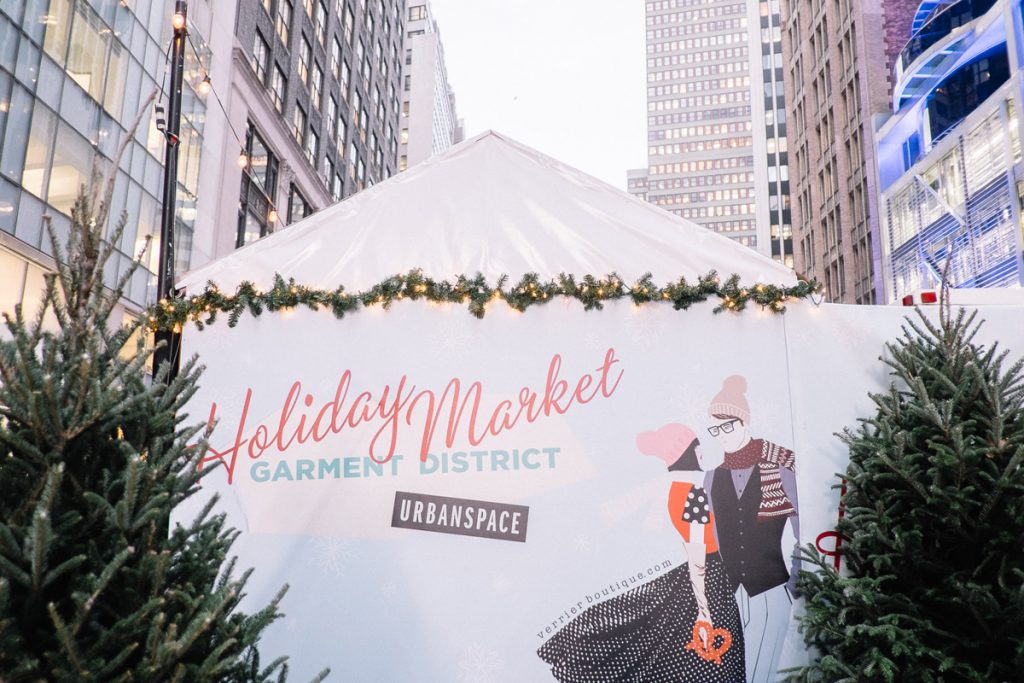 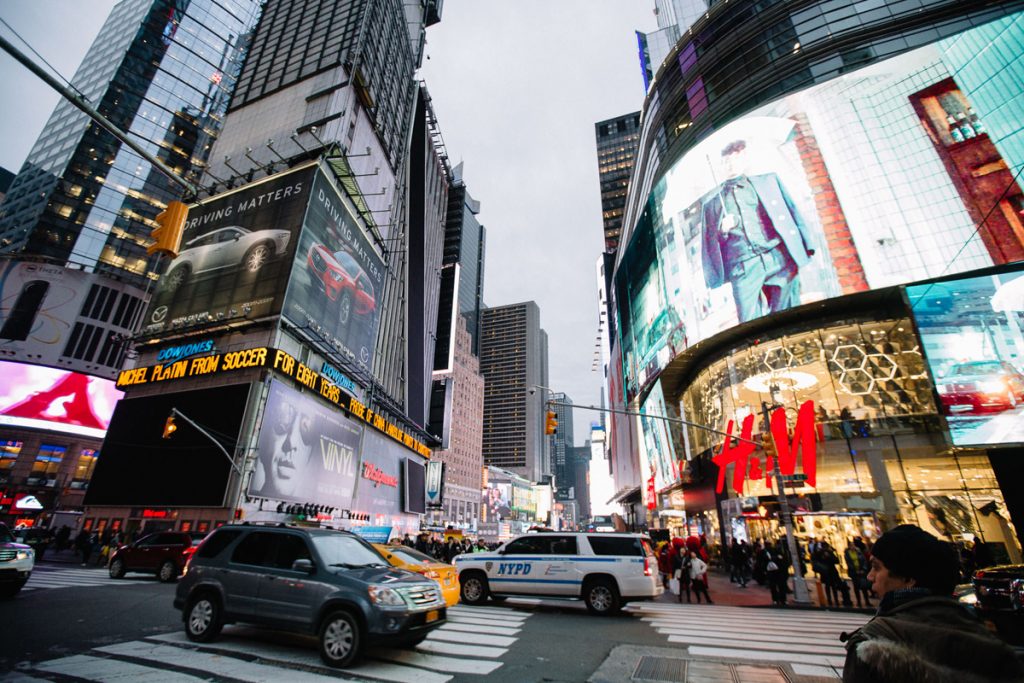 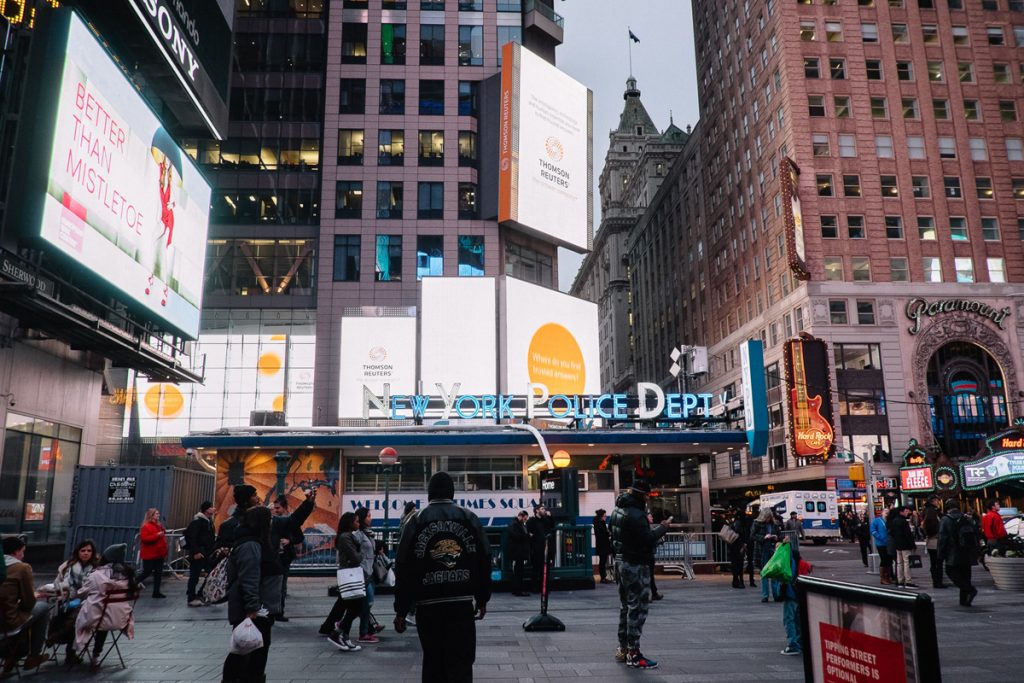 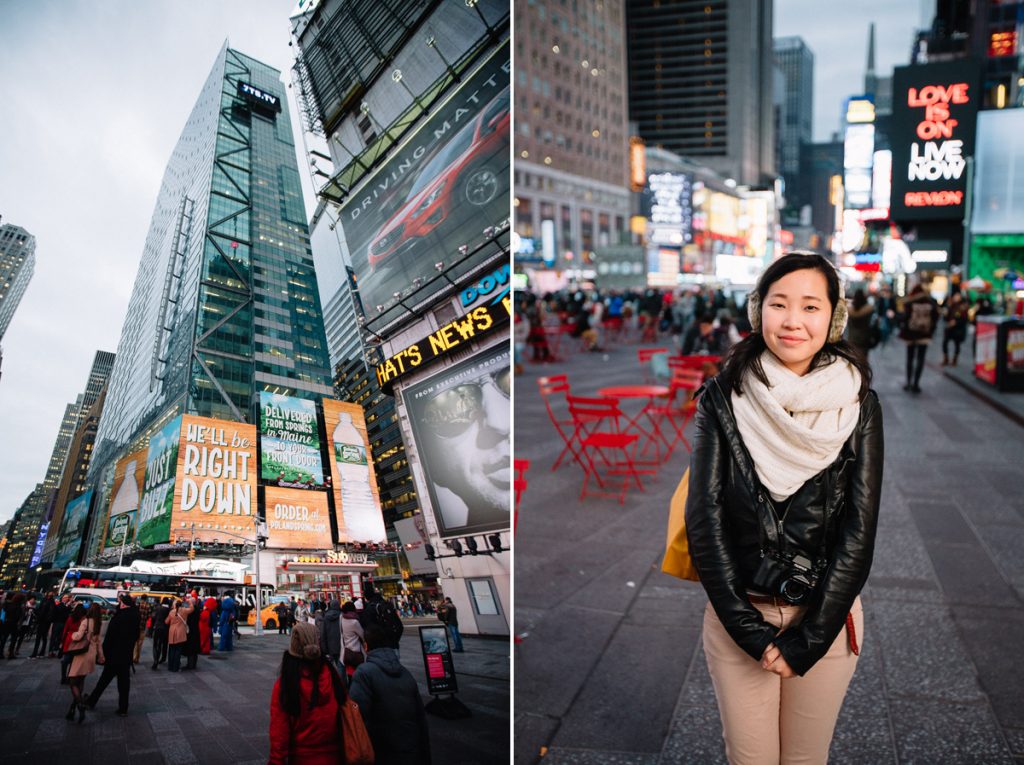 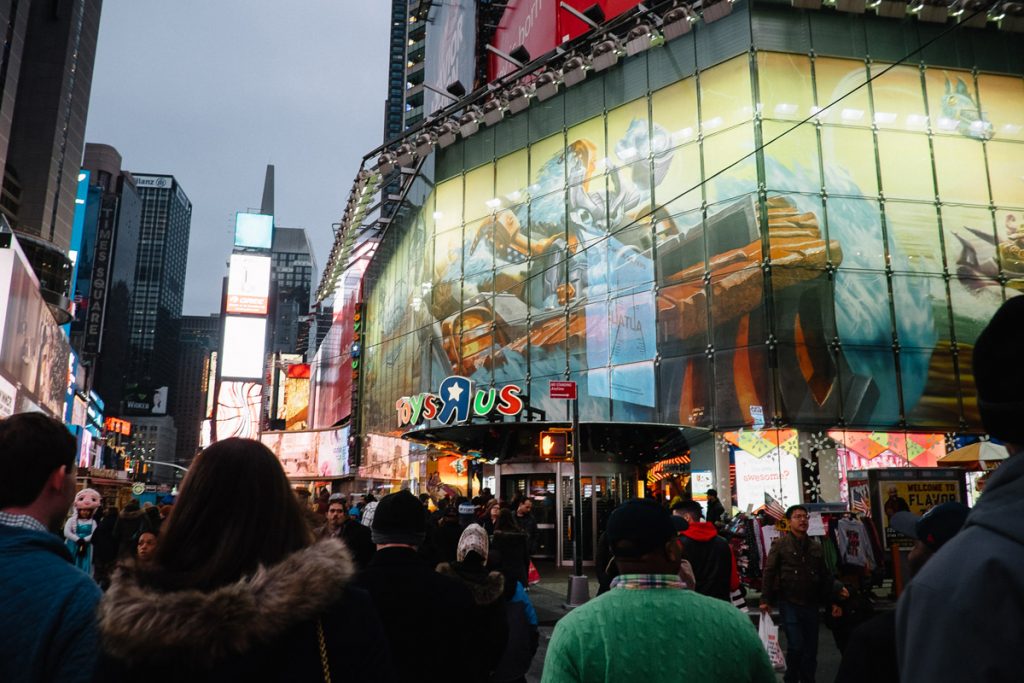 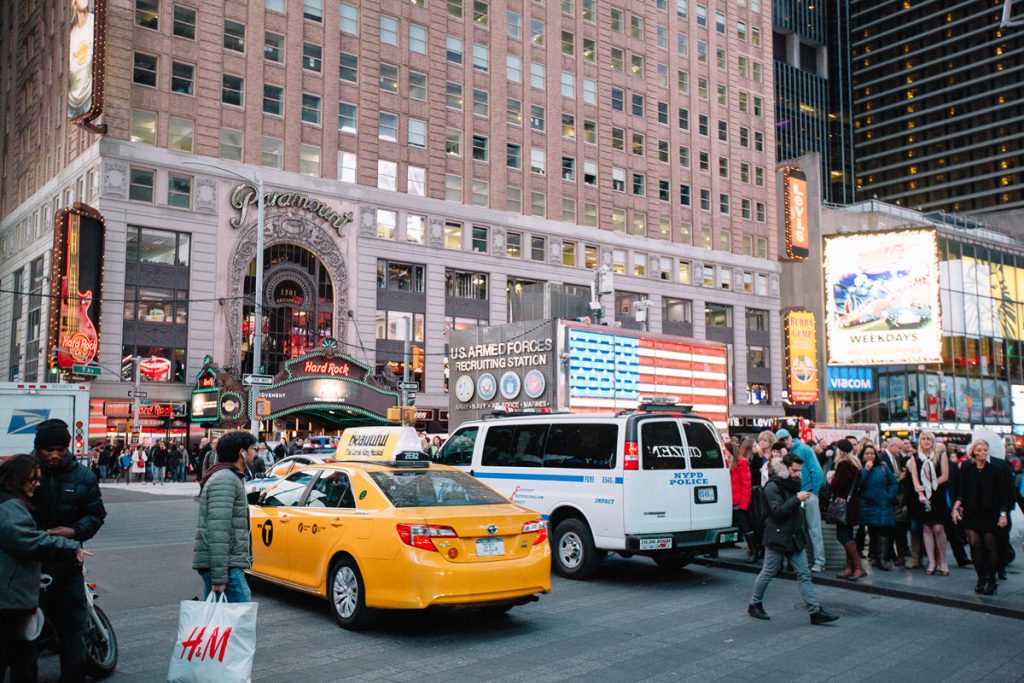 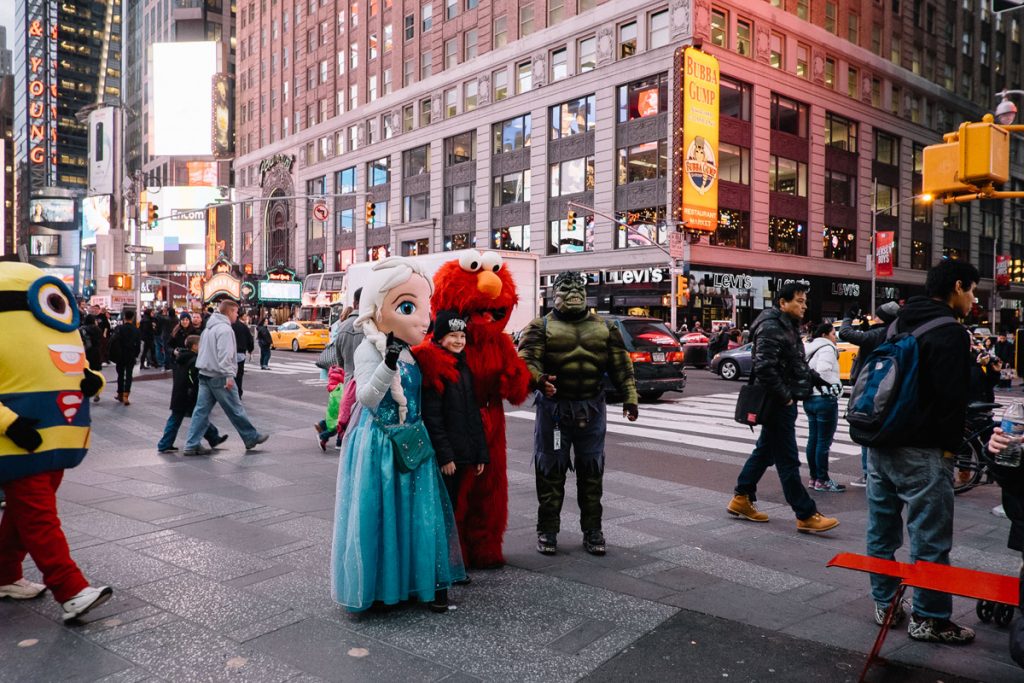 Elsa, Elmo and Hulk (maybe the minion too) are pals/colleagues… only in Times Square 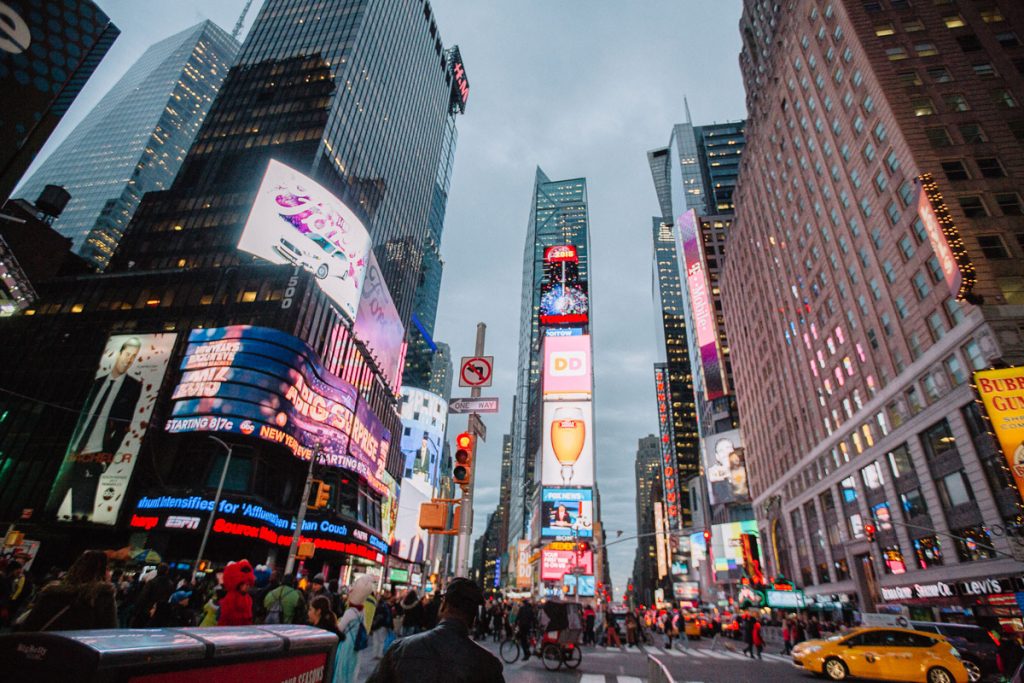 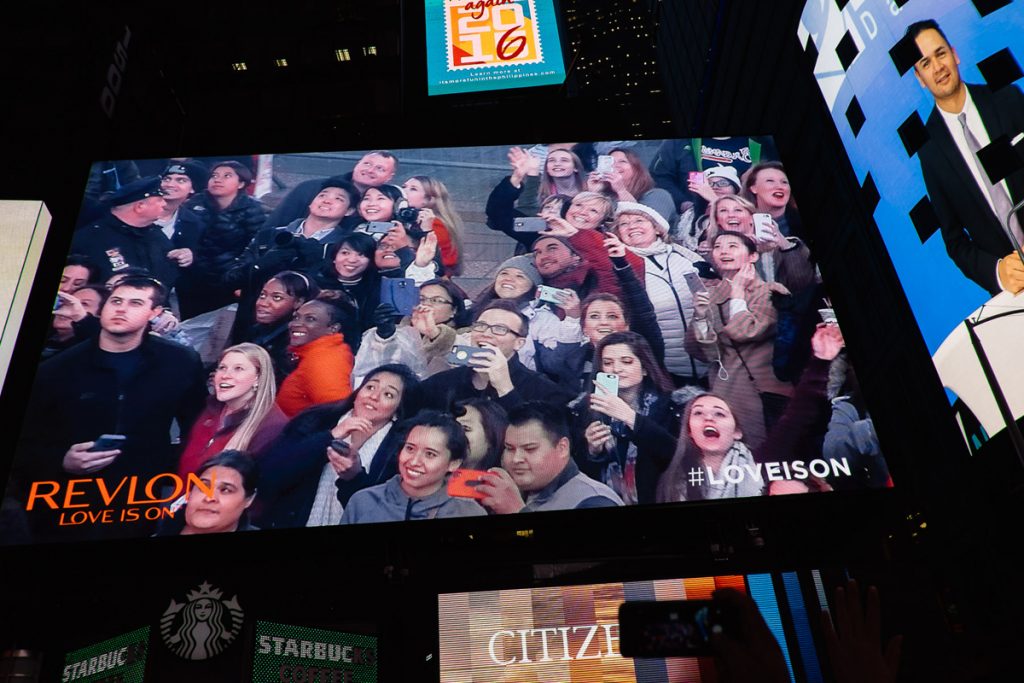 Our faces appeared on one of the screens in Times Square! Can you spot us? ;P 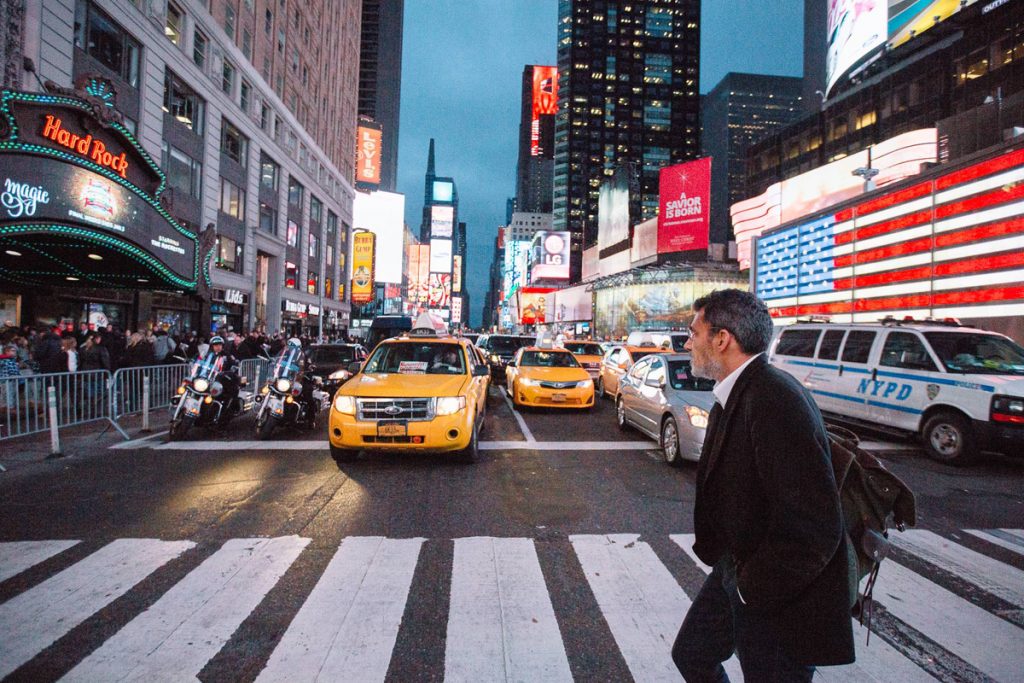 One of my favourite “American” photos that Alfred took during our trip. 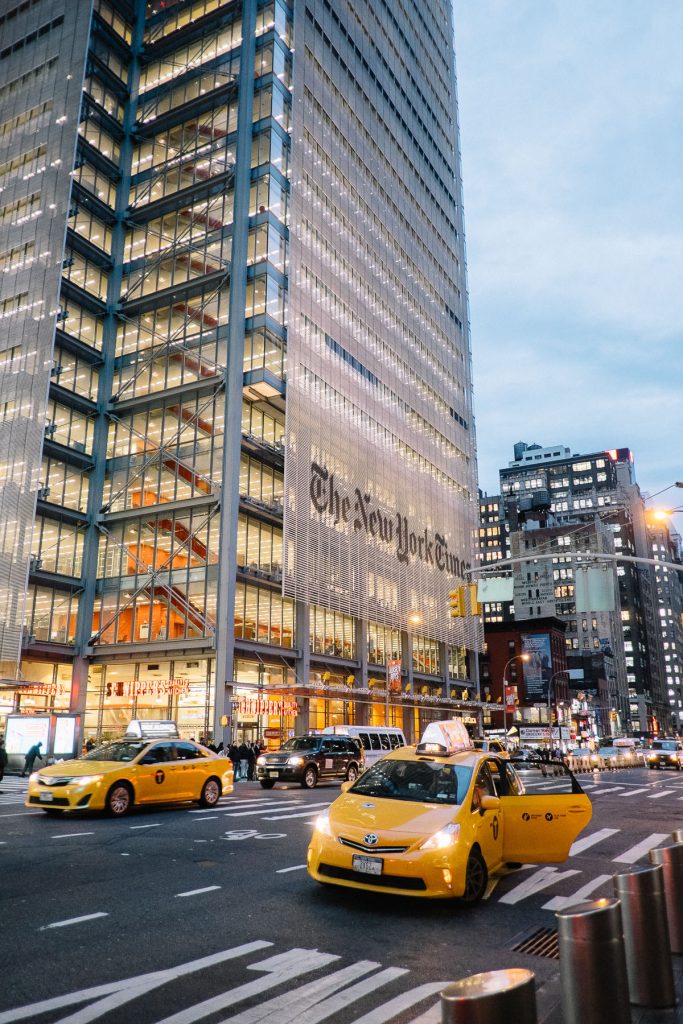 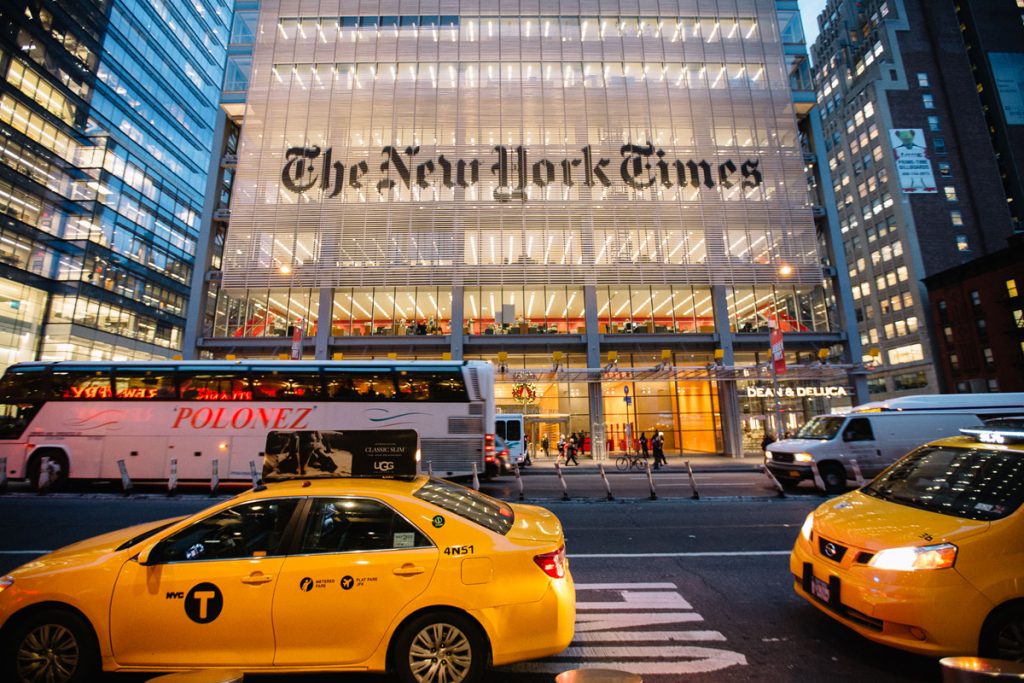 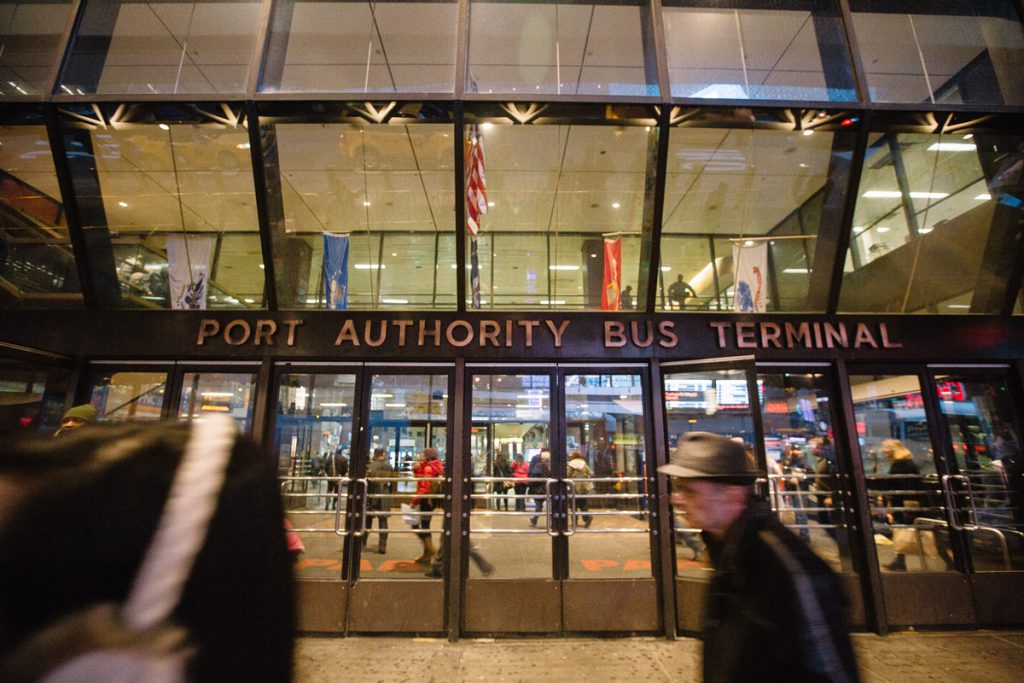 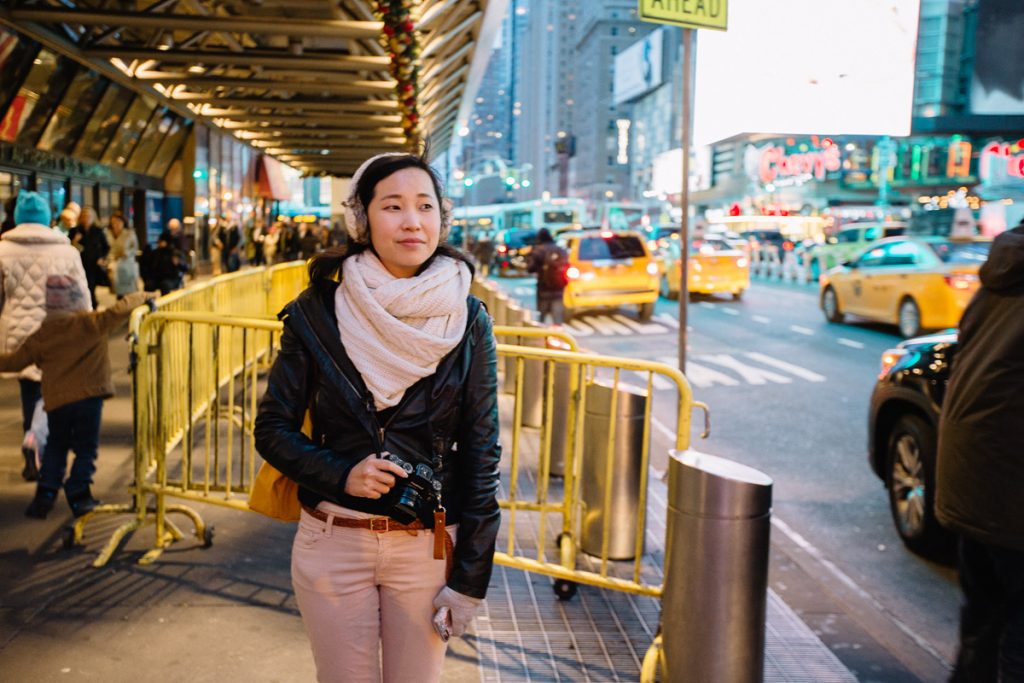 Stumbled across White Castle in New York! Was not tempted to try it though 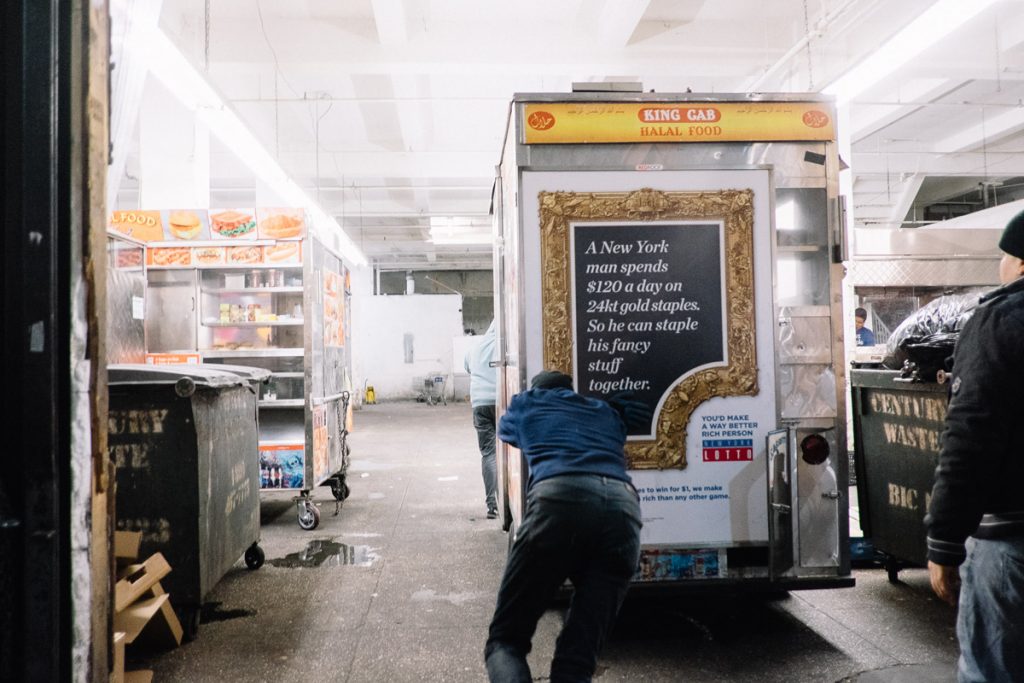 Walked past this space where a lot of the street food carts are stored. 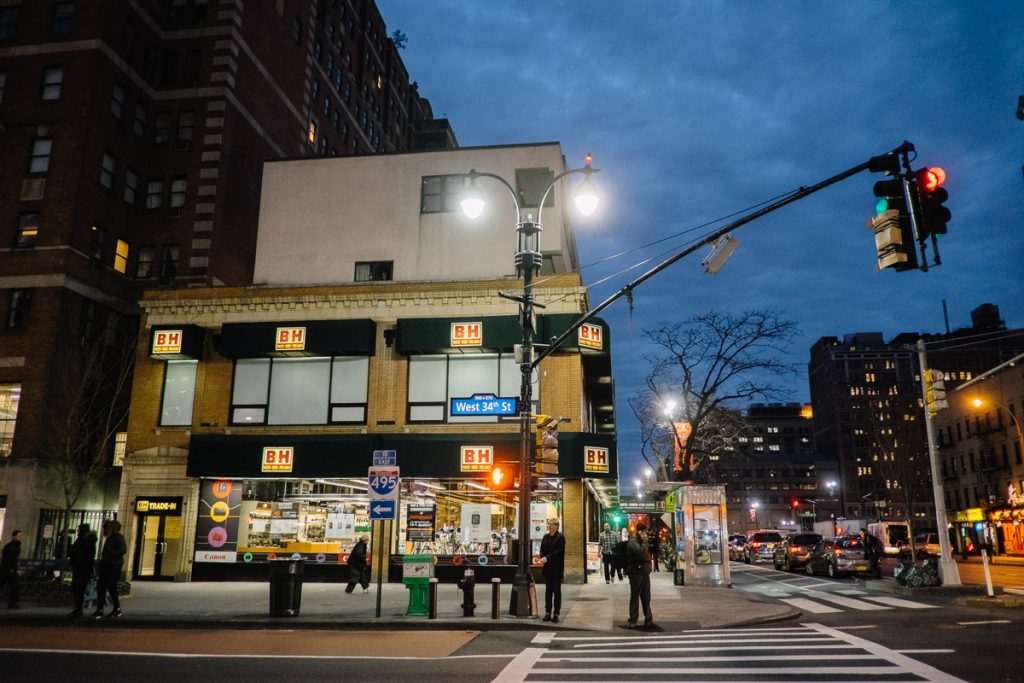 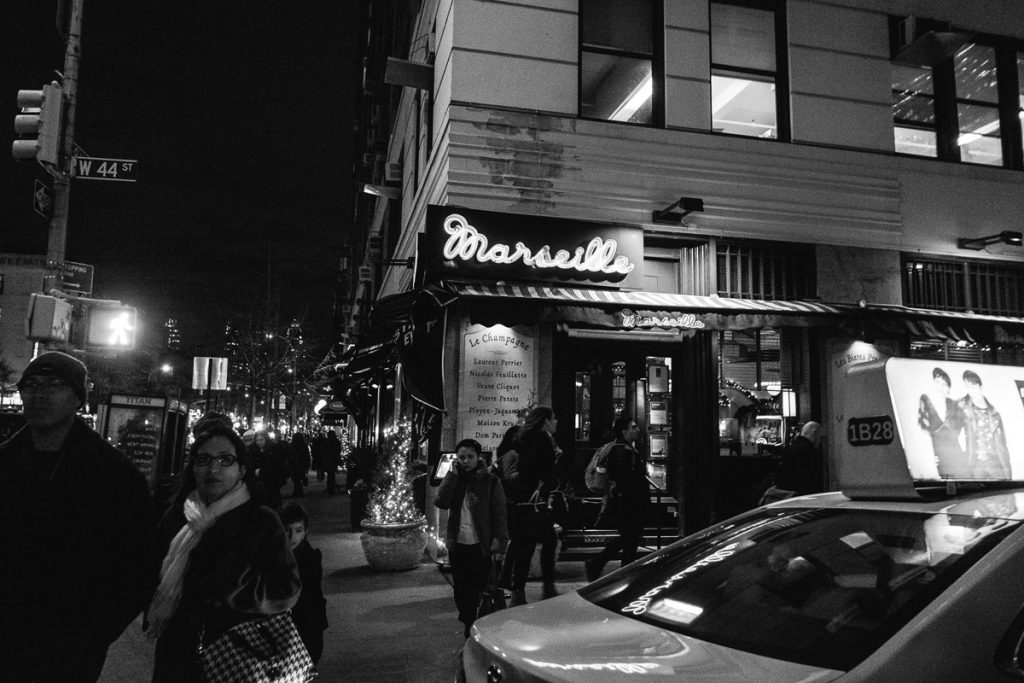 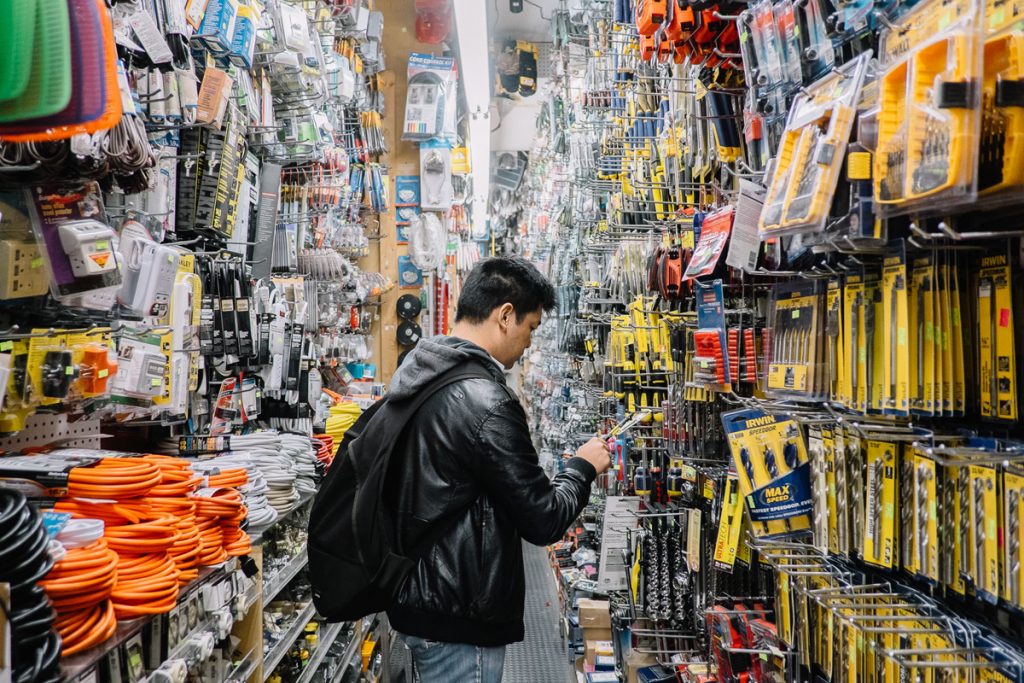 While waiting for our table, there is conveniently a hardware store nearby to burn time at .. and shelter from the cold in. 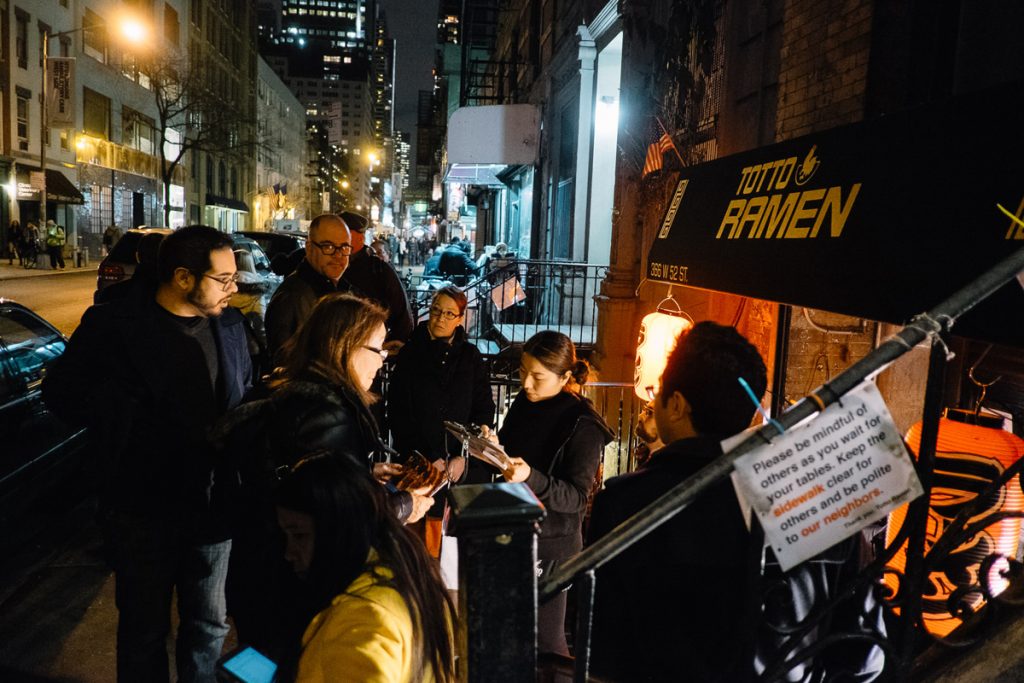 We got there early, and still had to wait a good 30-40mins.. which is considered fast. 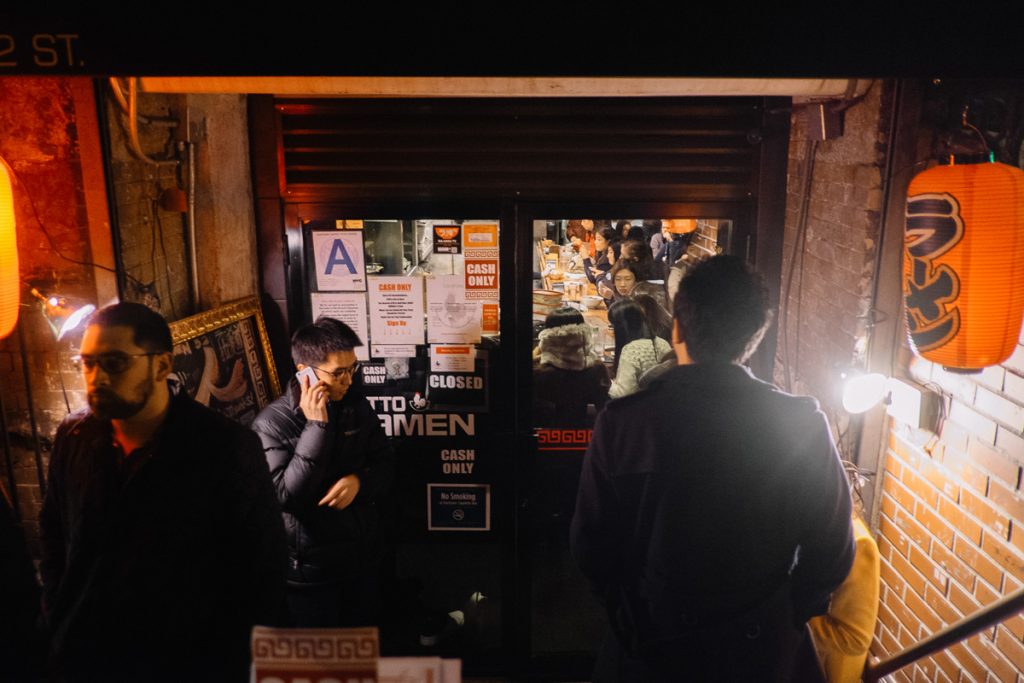 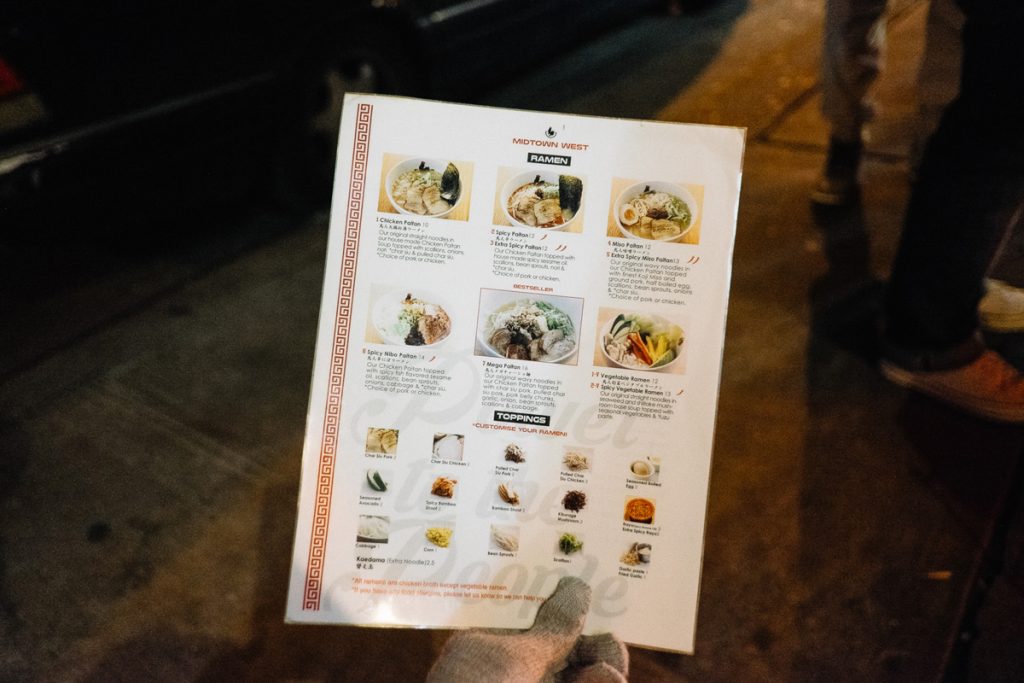 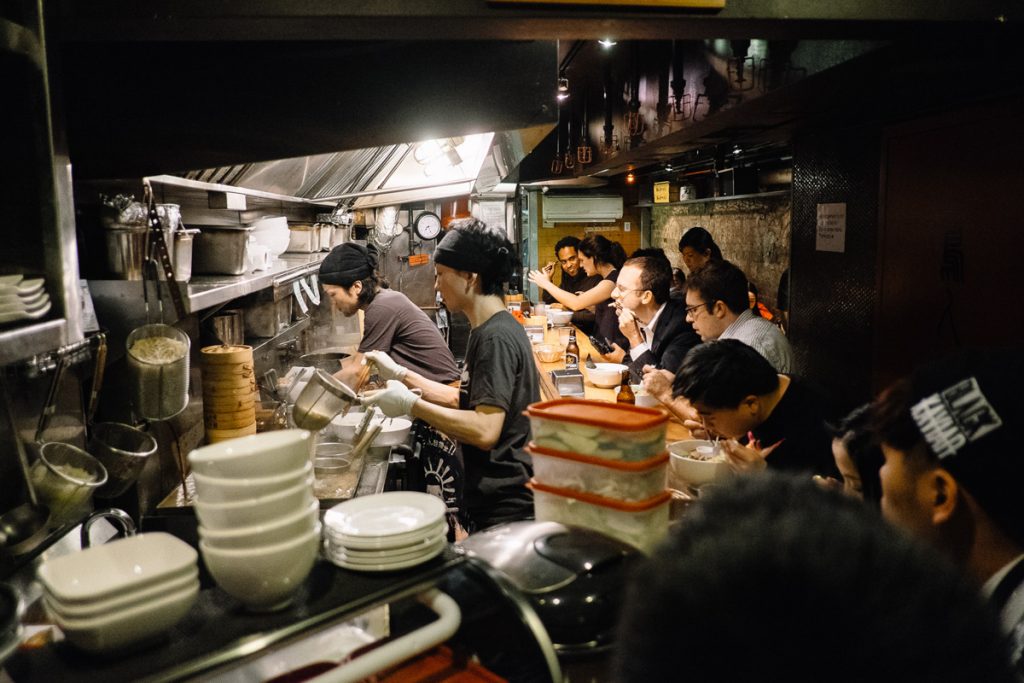 The tight space, eating at the bar and the aroma felt all too familiar. It was all we needed to be transported back to Japan.. while in New York. This is the smaller Totto ramen branch after all, you either sit at the bar or squeeze into the tables along the side wall. 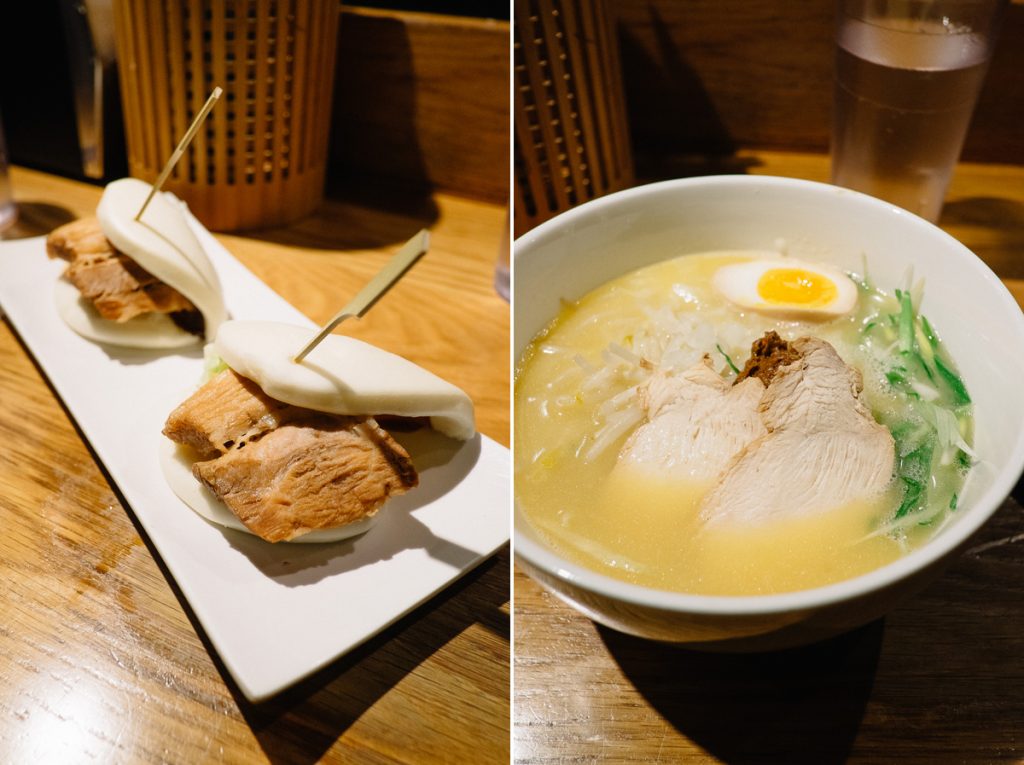 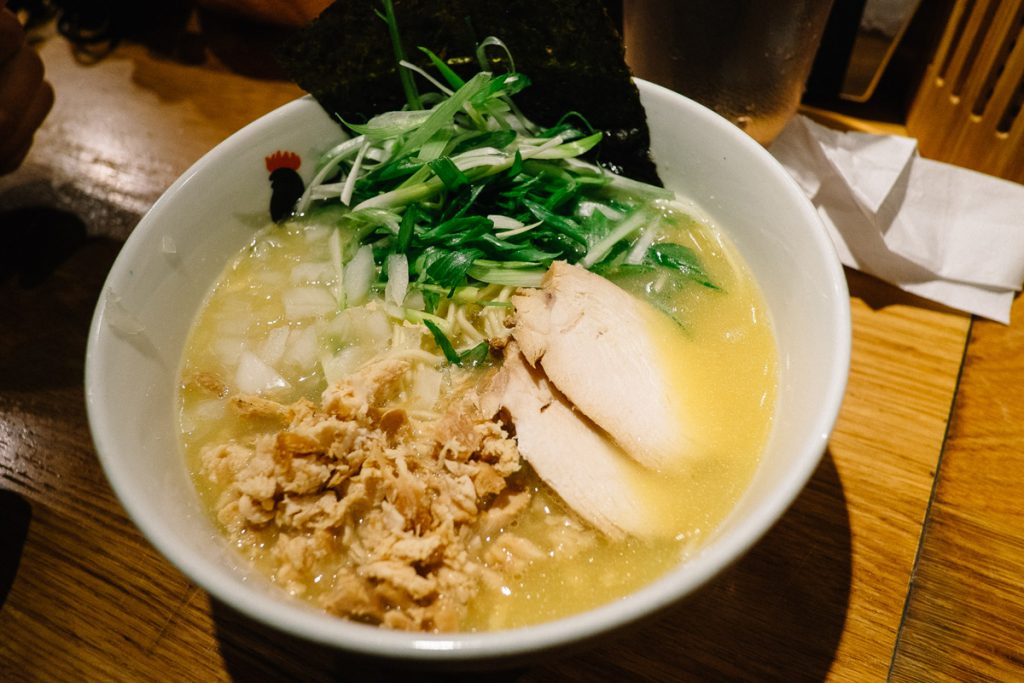 Totto Ramen is known for their signature Chicken Paitan / broth, so you won’t expect to find your usual tonkotsu here. To be honest, I didn’t know what “Paitan” was when we were there but Google gave me answers afterwards. Paitan is a milky white broth made mostly of seafood and pork bones where as Tonkotsu is exclusively cooked up from pork bones and meat. So, safe to assume that chicken bones and seafood makes up the broth at Totto. We could taste how it differs to tonkotsu though – it was still creamy but not as thick and had a slight sweetness to it as opposed to salty which definitely makes it easier to finish! Despite it being a ‘chicken’ based dish, you can choose to have chicken or pork toppings. It did not “wow” us but I’m glad we got to try a different flavour of Japan in New York. Does not hurt to give this place a try though if you haven’t tried ramen with paitan broth before! 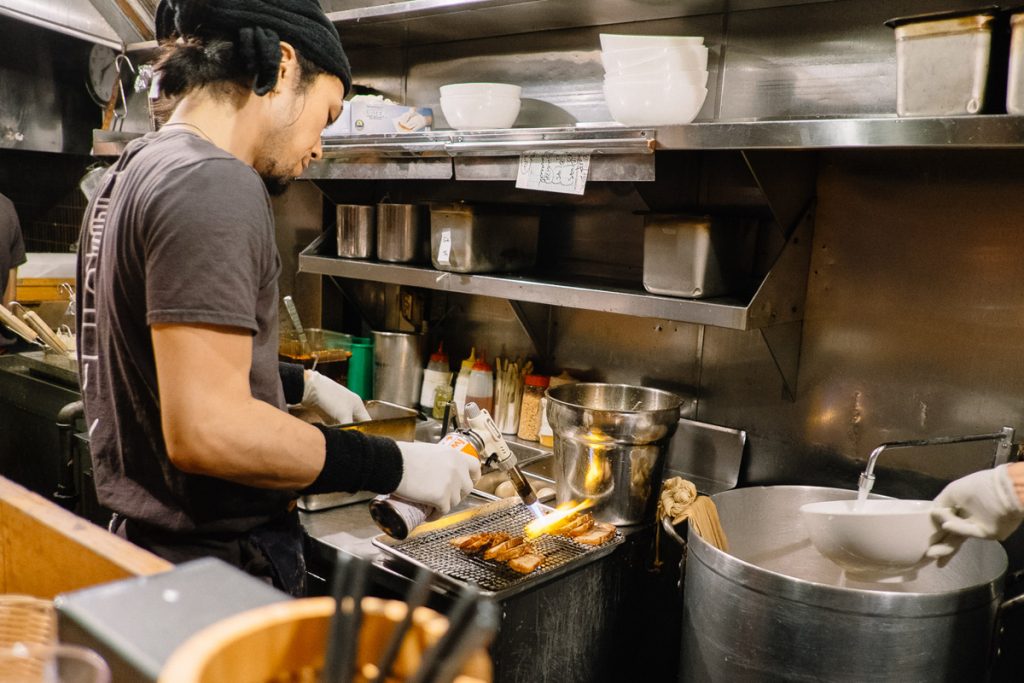 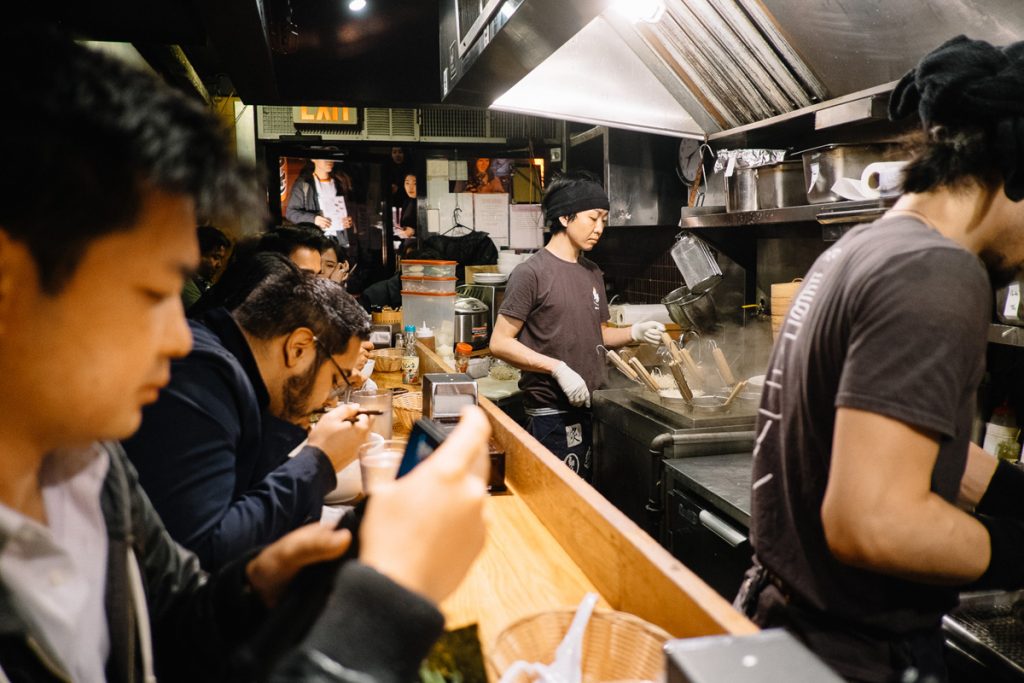 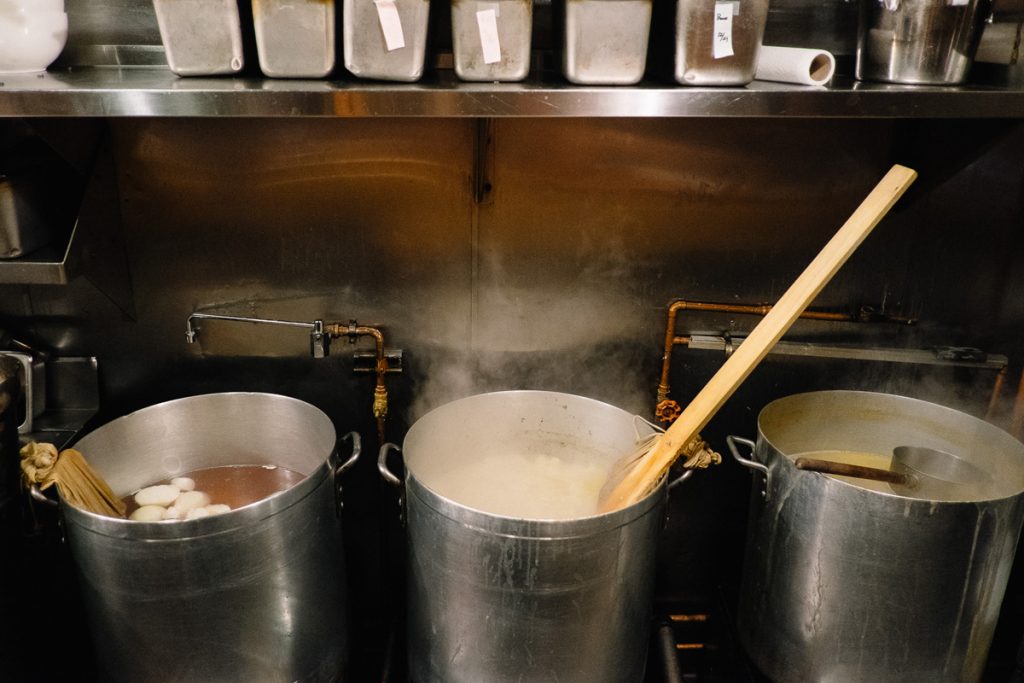 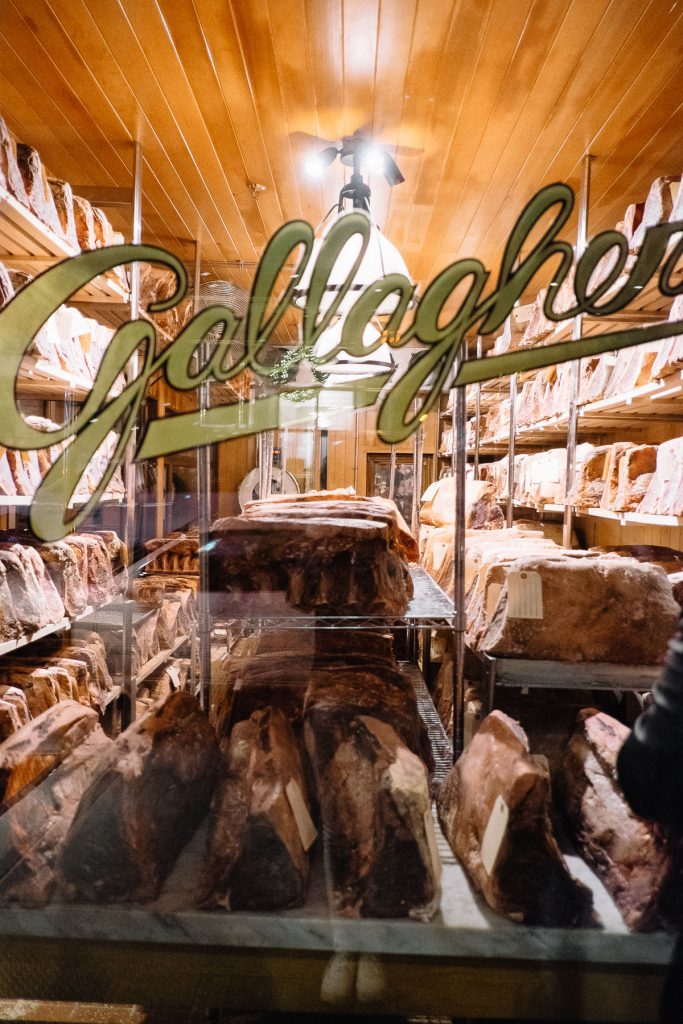 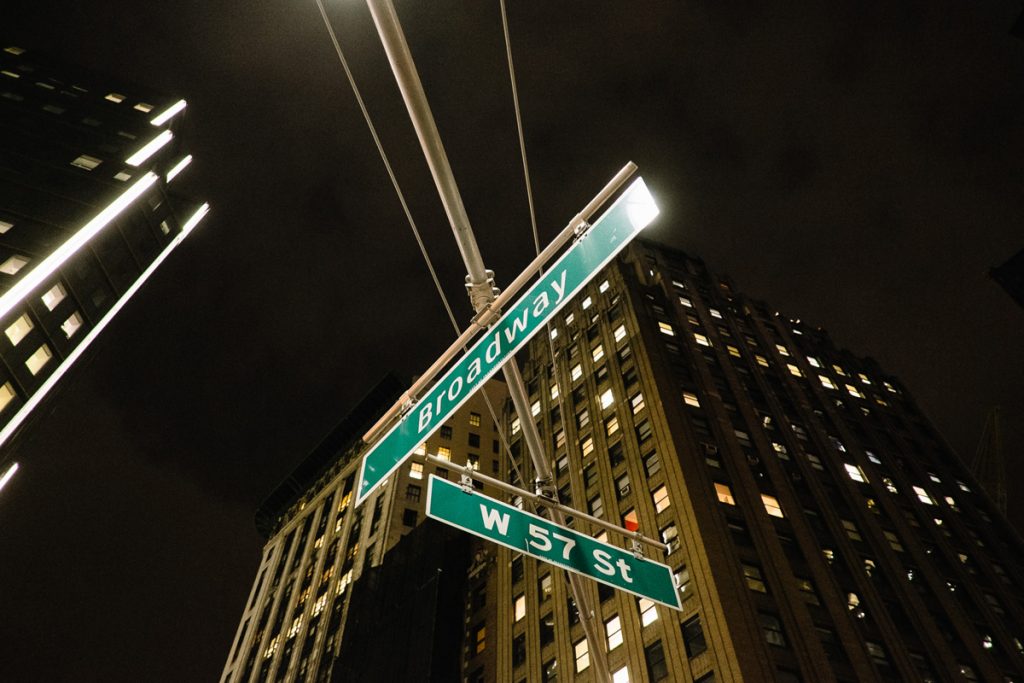 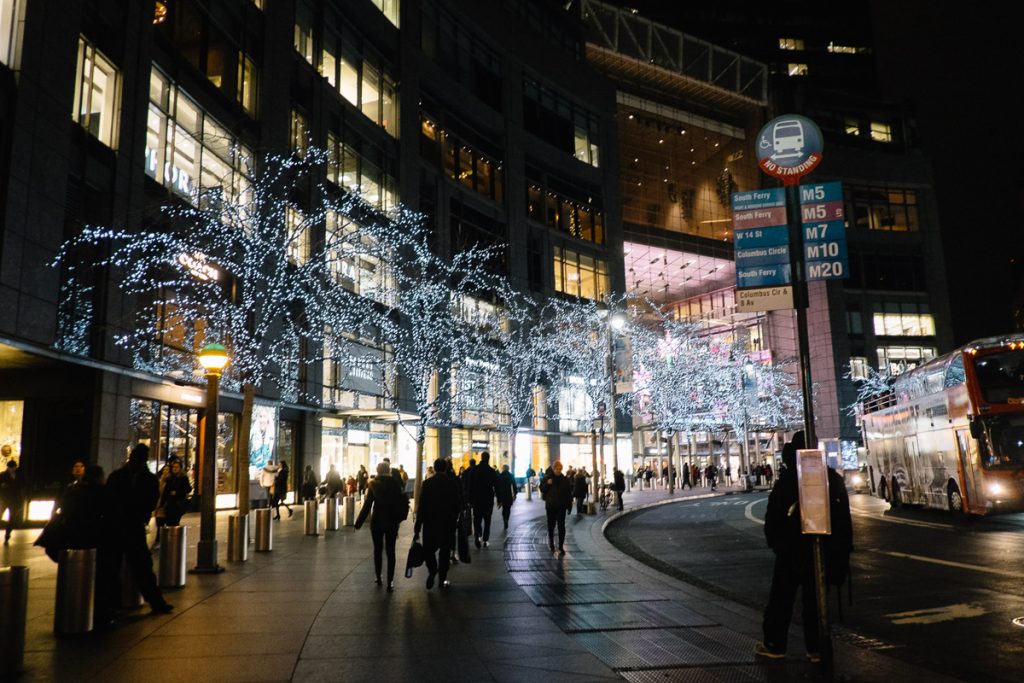 Pretty lights along the shops at Columbus Ave