If you’re visiting New York, watching a musical in Broadway is a must. The downside of this is… there are just too many musicals to choose from! The few that we were tossing between are Aladdin ,Book of Mormon and Finding Neverland. Book of Mormon is a highly raved about but also hard to get and quite expensive at around $200/pp. Aladdin… how can you NOT want to watch a Disney Musical? This is also a popular choice but does not come cheap either (again – working with the terrible exchange rates does not help one bit!). Finding Neverland… just seemed like a beautiful story to watch, it is fairly new to Broadway yet already received great reviews – best of all it wasn’t crazy expensive!

Because Book of Mormon and Aladdin are coming to Sydney/Melbourne we figured we could watch this back home.. so we settled with something that might not make it to Australia soon, that is Finding Neverland. The fact that Matthew Morrison (Mrs Schuster from Glee) may/may not have been a deciding factor… 😛

Before you book tickets to see a musical in New York, it is advised to subscribe to a bunch of 3rd party ticket resellers like TheatreMania, BroadwayBox which occasionally has special discount codes which you can apply upon purchase through TicketMaster. We found a code from TheatreMania about 2 months before our trip which saved us 40% on tickets making it fairly affordable for the holiday season. People would also recommend you queuing up on the day at TKTS – a booth that sells same day tickets for much cheaper rates. However spending an entire morning queuing just seems like a waste when you can pay a little bit more and you’ll have seats secured… but if you have plenty of time then its definitely worth a try. 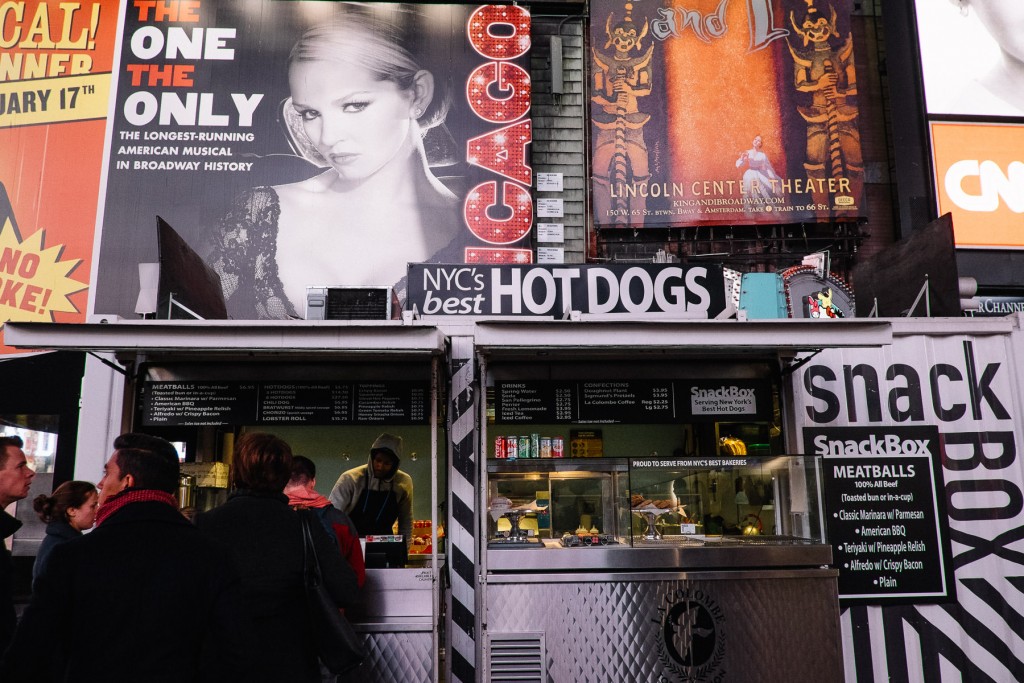 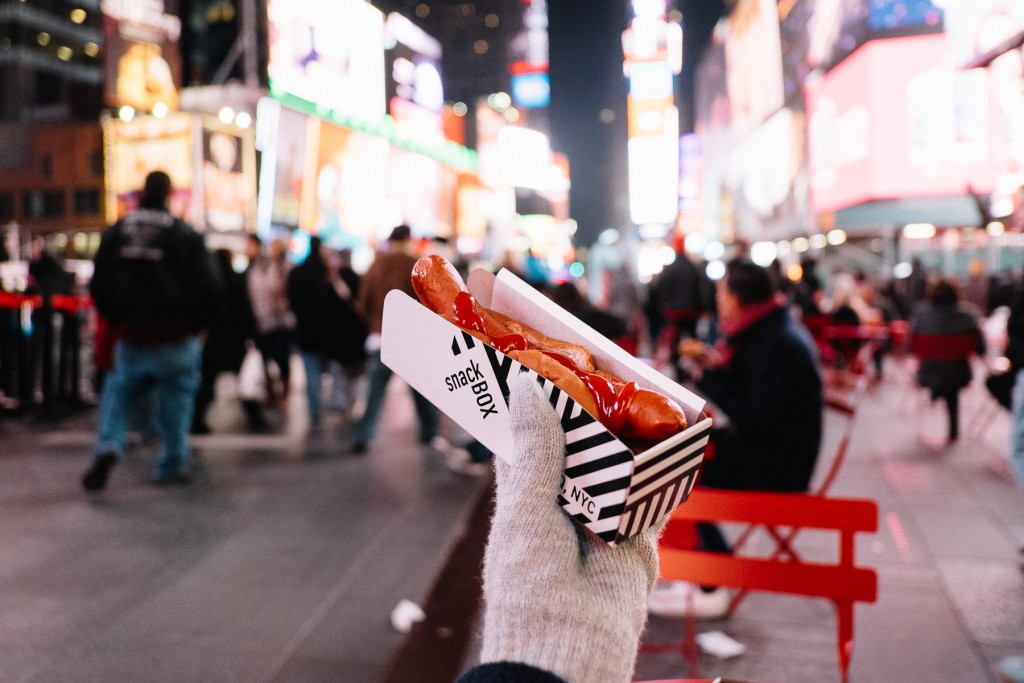 Broadway is located right around the corner of Times Square, we learned that it is not easy to get a quick feed without having to queue. It was Christmas week after all so all the fast food chains seem to be packed with people. We had to find quicker options – luckily the few stalls in the heart of Times Square had much shorter queues. So just a hot dog for dinner (we were planning to feast after the musical!) 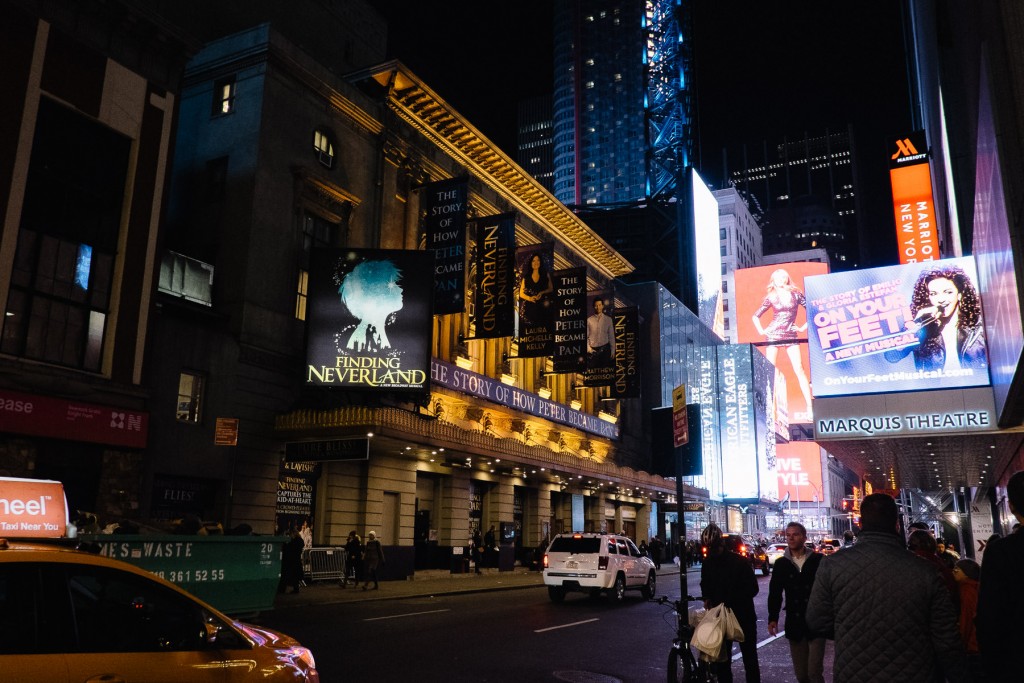 Times Square and Broadway itself is lit up with digital billboards of all the musicals you could watch, it really gets you tempted to watch more! 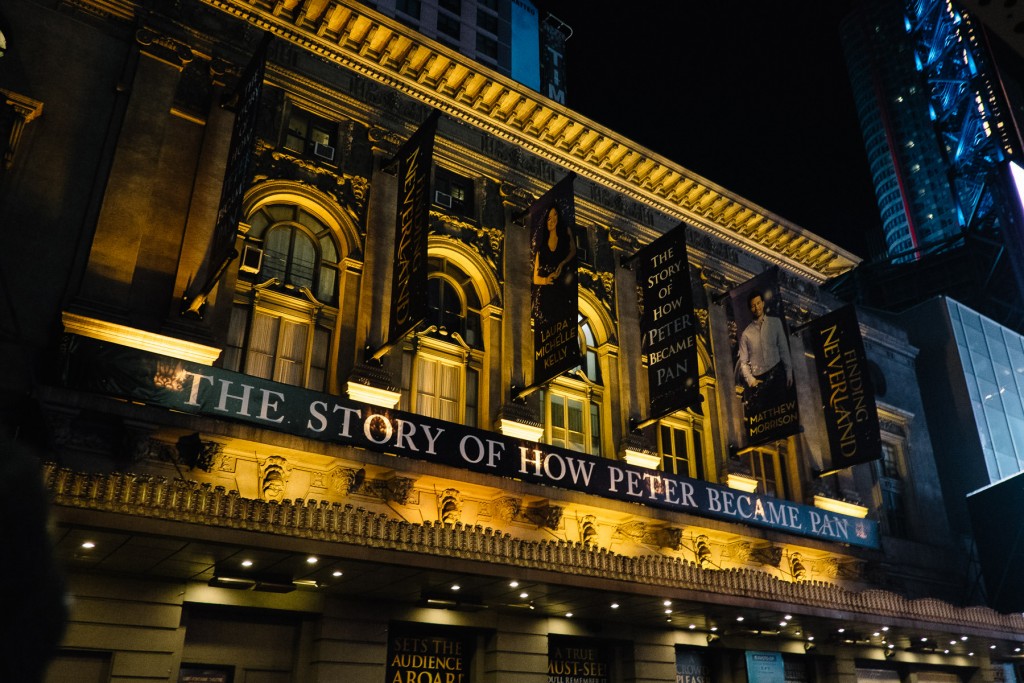 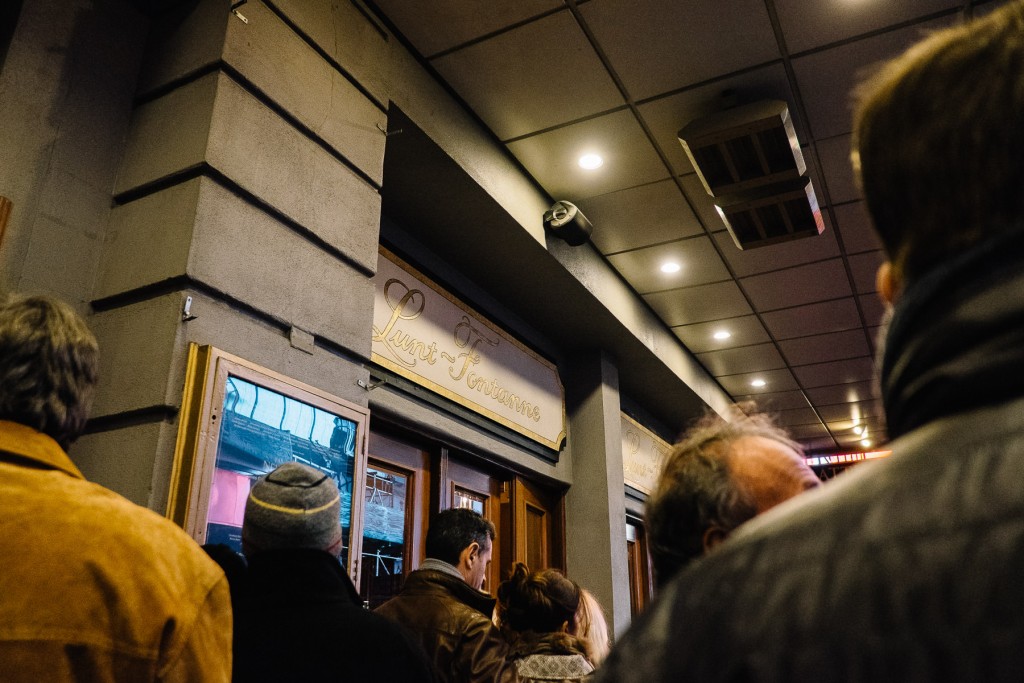 Finding Neverland played at the Lunt Fontanne Theatre. We paid US$158 for 2 x Mid-Mezzanine seats, so thats around AU$200. 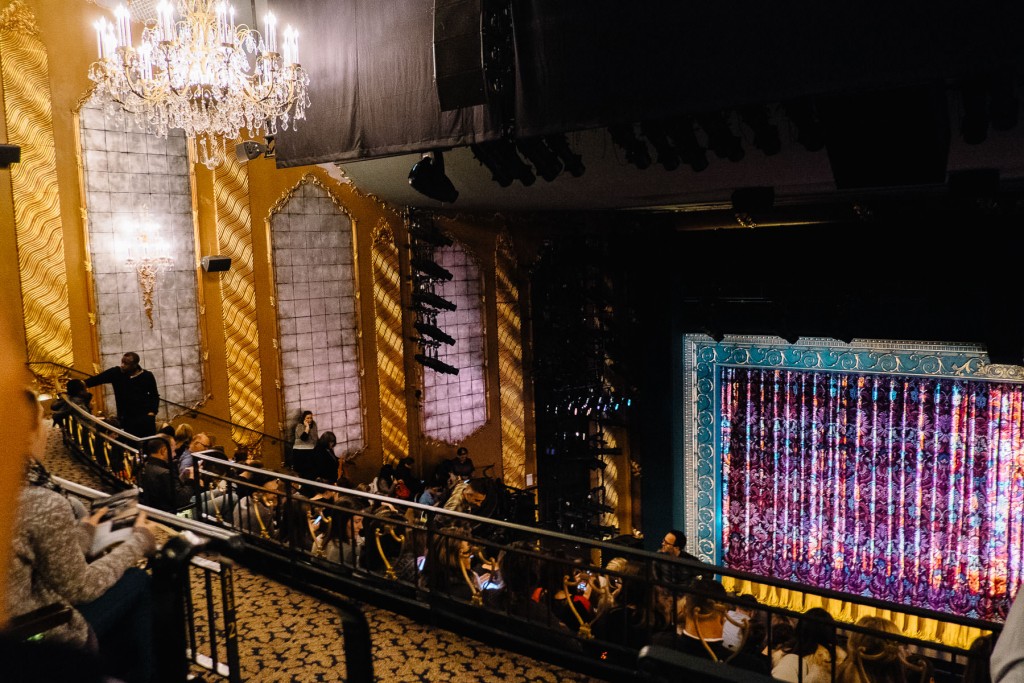 Our view from Mid-Mezzanine, Rows B, Seat 102 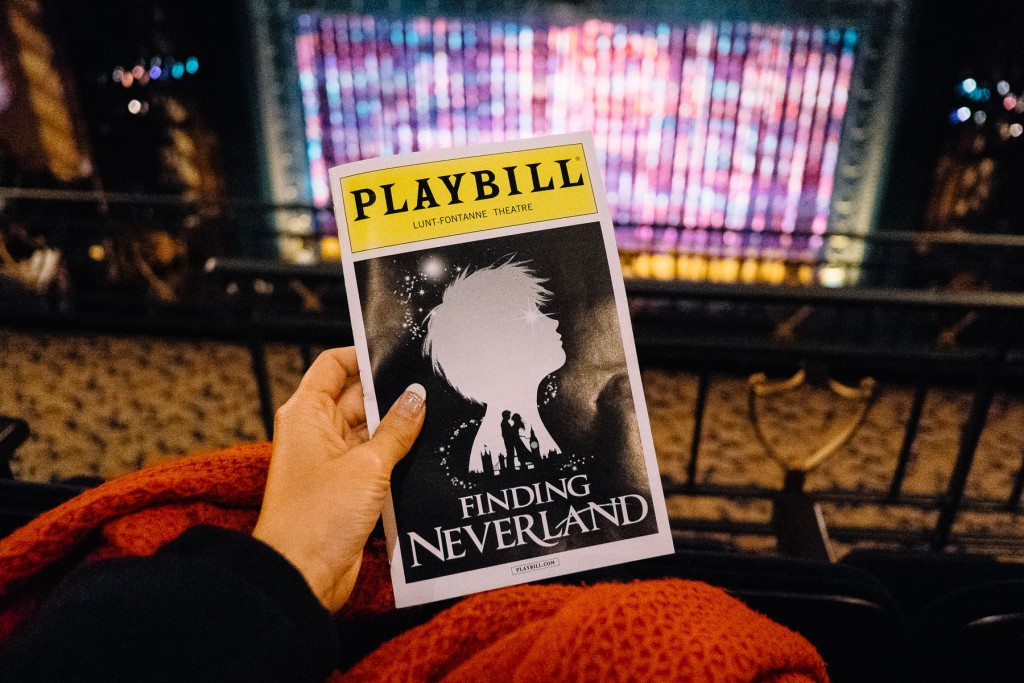 I’ve never watched Finding Neverland the movie (and tried not to before our trip) so I wasn’t sure what to expect. The story encourages you to feel like kids again and use your imaginations – after all.. Neverland is a place where kids never grow up! The set design is beautifully enchanting in every way which definitely helps with the imaginations. It is mostly lighthearted, fun but equally emotional too 🙁 The songs are quite catchy – I found “Believe” stuck in my head for days! 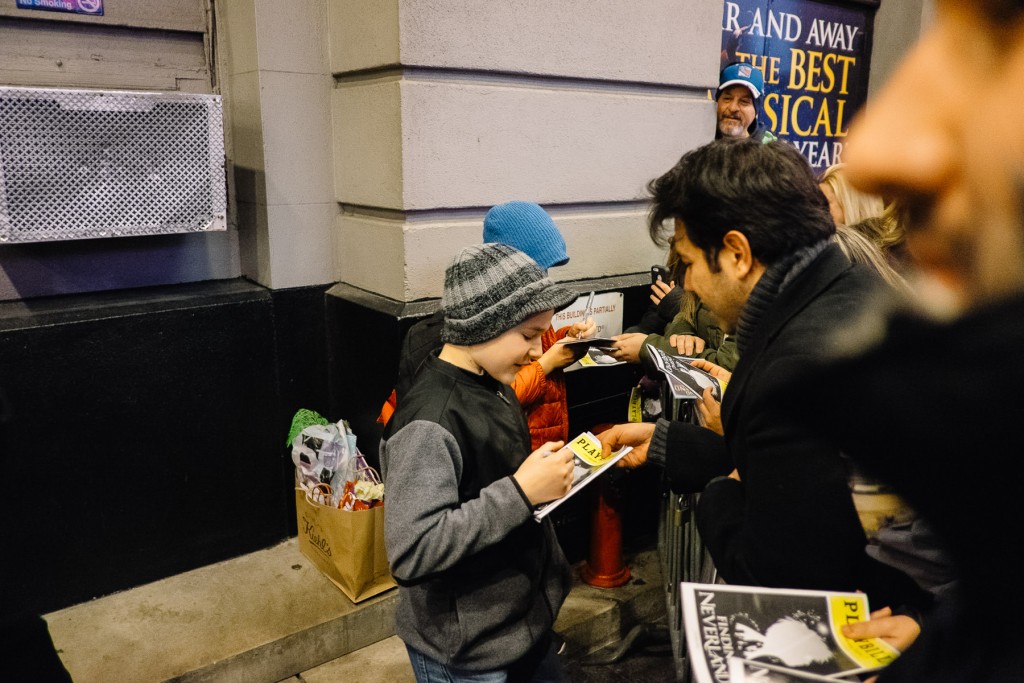 Previous theatre experiences we’ve never queued at the stage door after the show to meet the cast – because we didn’t really know of them. It was different this time because Matthew Morrison is the male lead… and I wanted to see Mr Schuster a few metres away rather than from different levels! It was a long wait till he came out because, of course they would save the best till last. 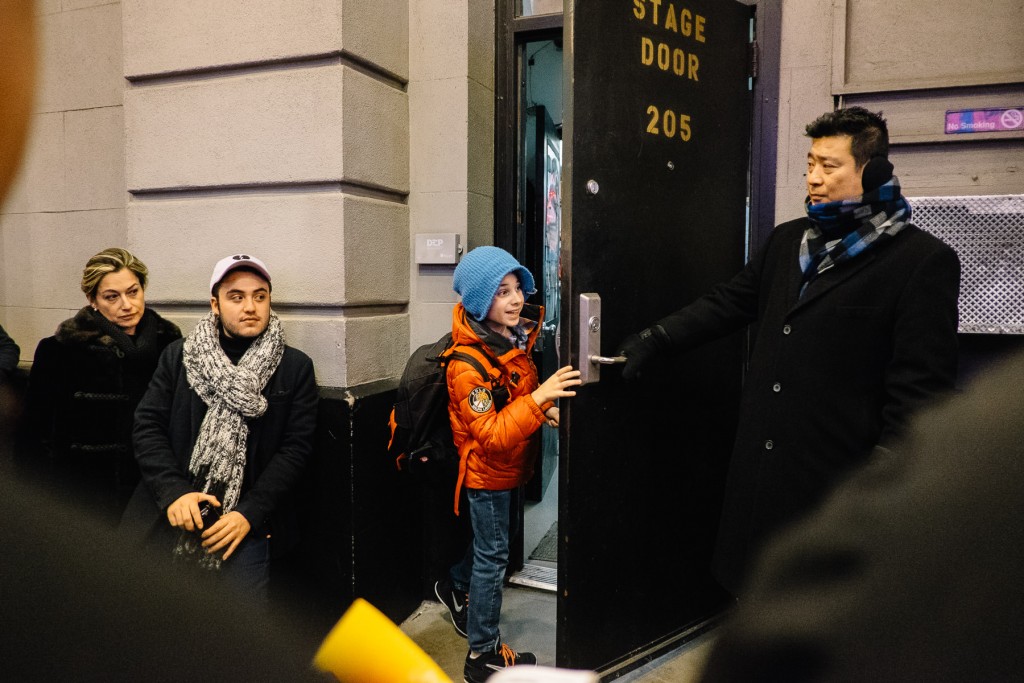 The kids in the musical are so adorable though. 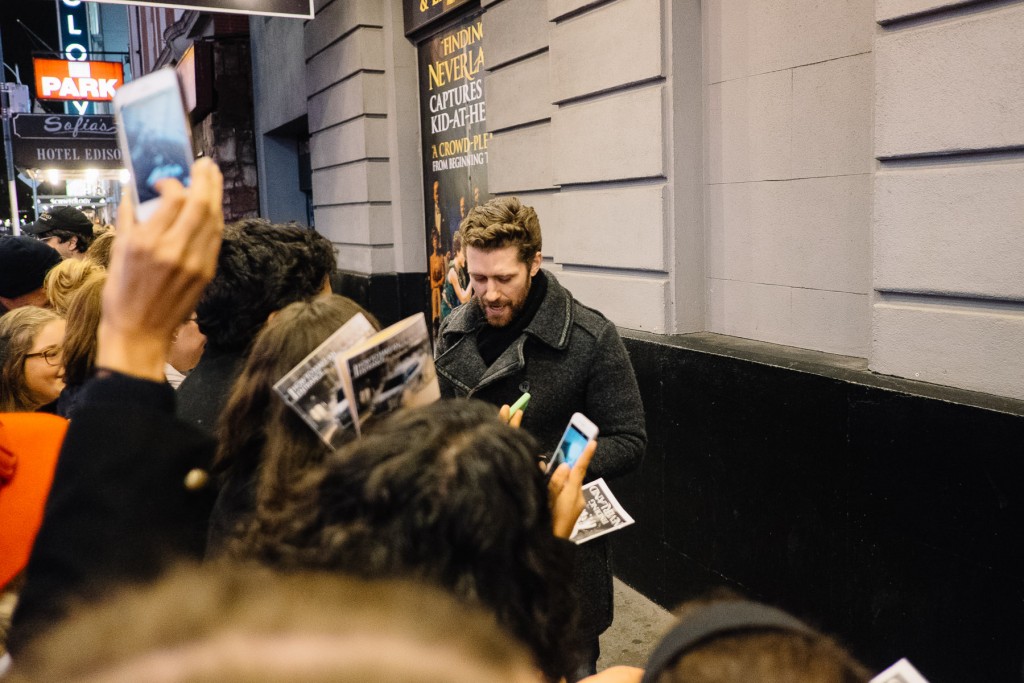 When Matt Morrison came out, people went C-RAZZZYY. We were in the second row from the fence and suddenly all these hands just towered over us. 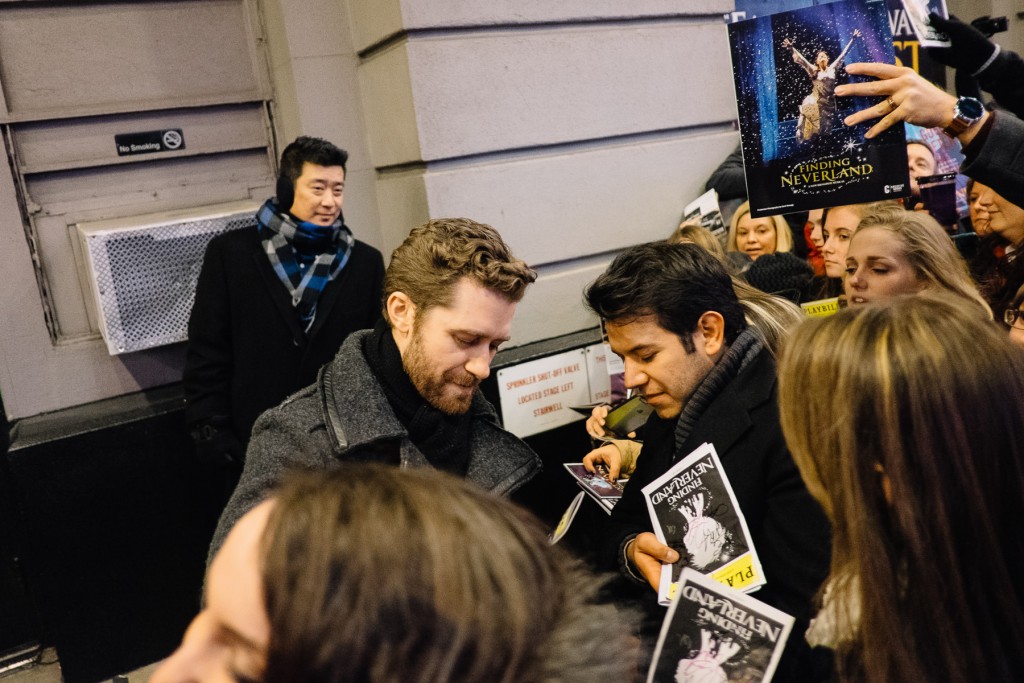 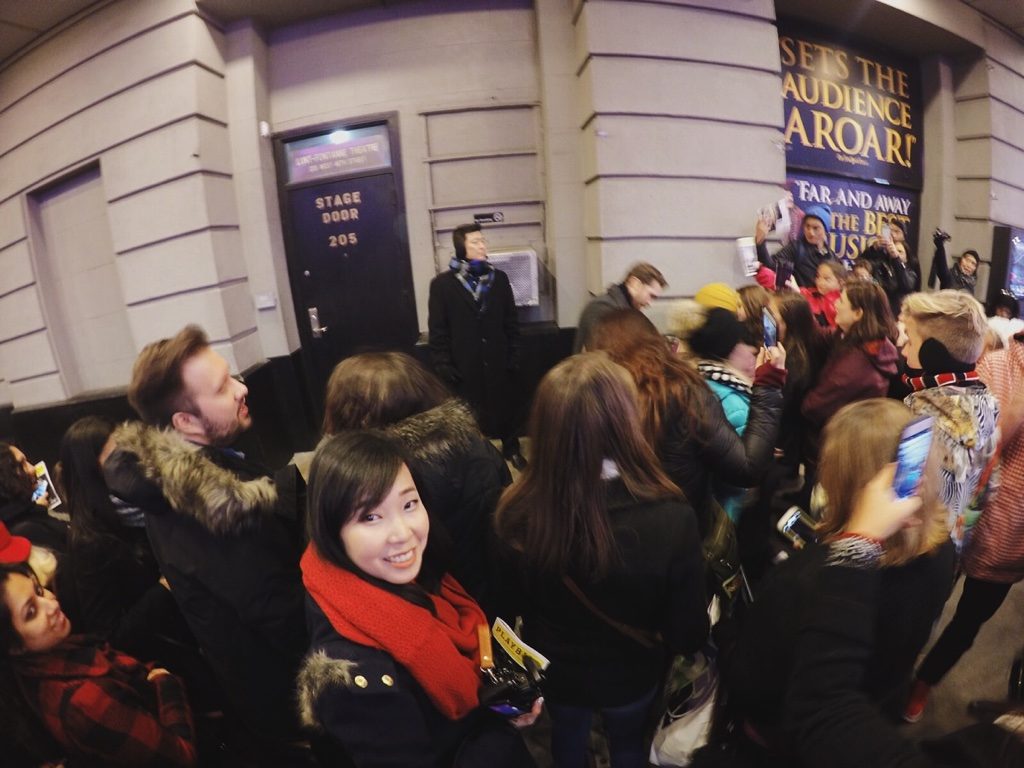 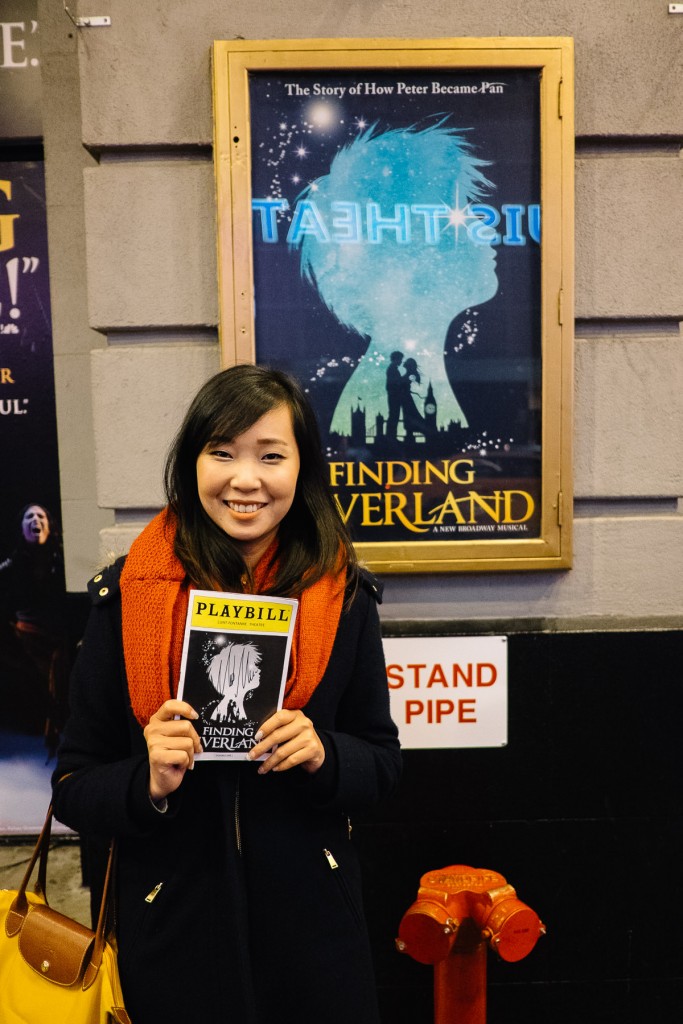 … and yay! I got an autograph too! There are very few times in my life when I got so close to a celebrity and asked for their autograph… so don’t blame me for feeling a little giddy about it all! As you can tell from the Playbill cover, I only waited for Matt Morrison rather than try get everyone who came out to sign it… *blush* #endgleek

The musical was magical and one I would gladly watch again! It is currently in equal first place with my other favourite musical – The Lion King, I simply can’t decide which I like better! Easily one of my favourite experiences in New York. I miss it now that I’m thinking of it. Guess what’s on my playlist for today?