Walking into the building I’m instantly in love with the wide open, light filled space. We were there for a late lunch so we just missed the weekend lunch crowds. They sat us at the bench where all the coffee brewing/dripping happened and people beside us were sampling through glasses of it. Being a non coffee drinker it was interesting to see what they do for that perfect cup of coffee and not being able to relate to coffee addicts. 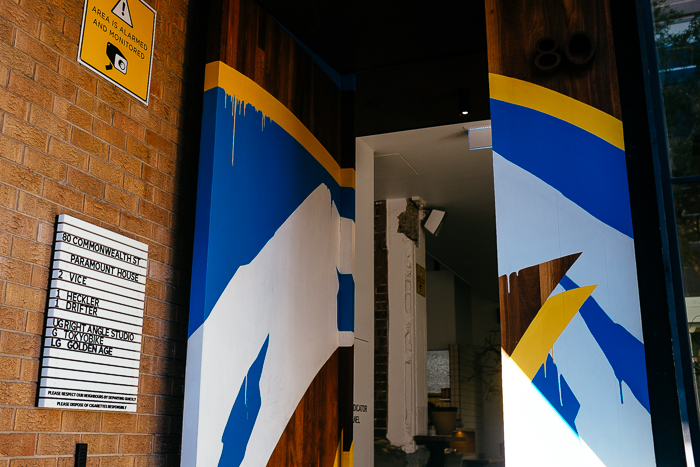 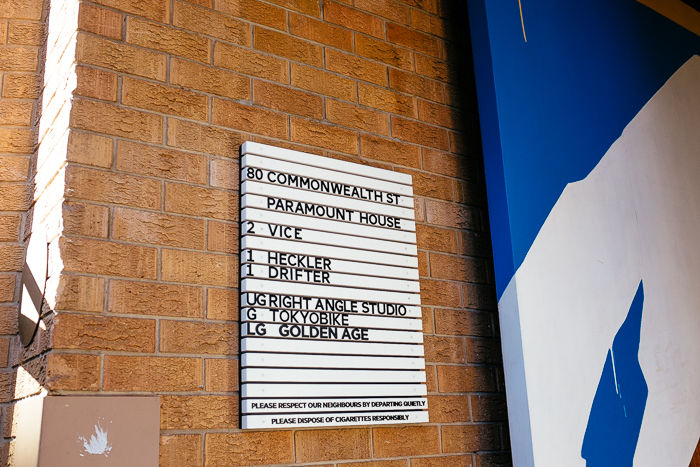 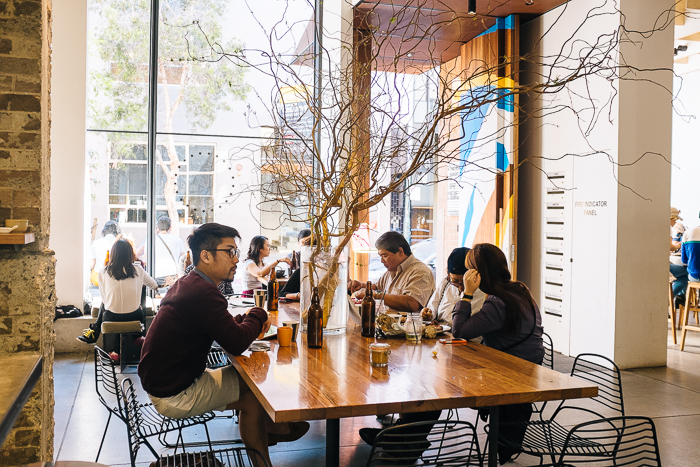 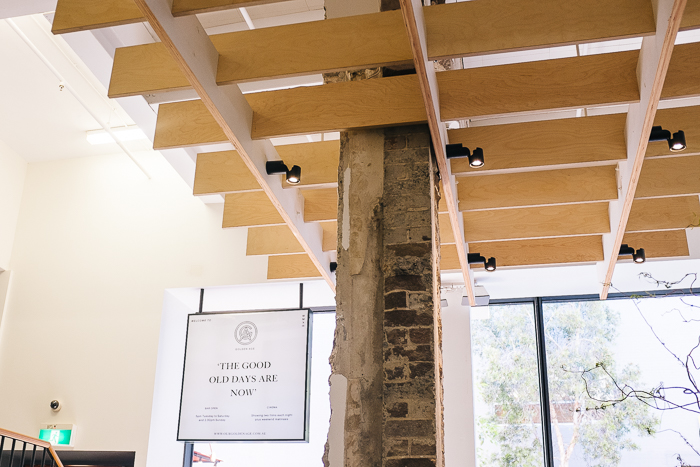 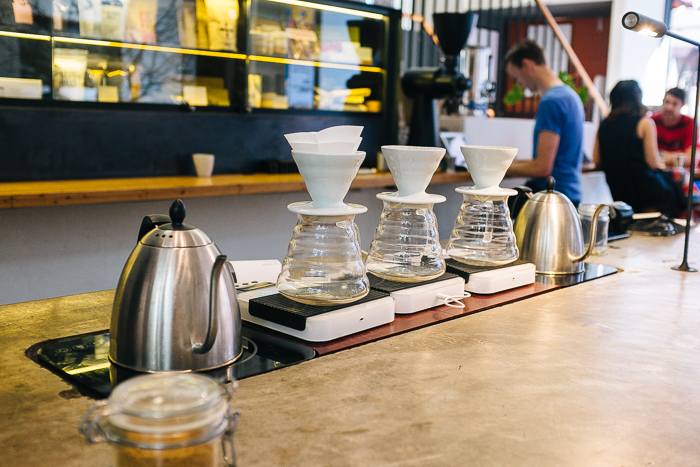 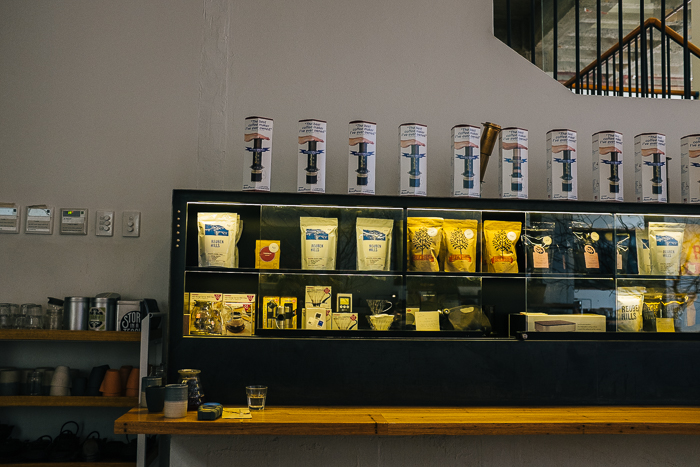 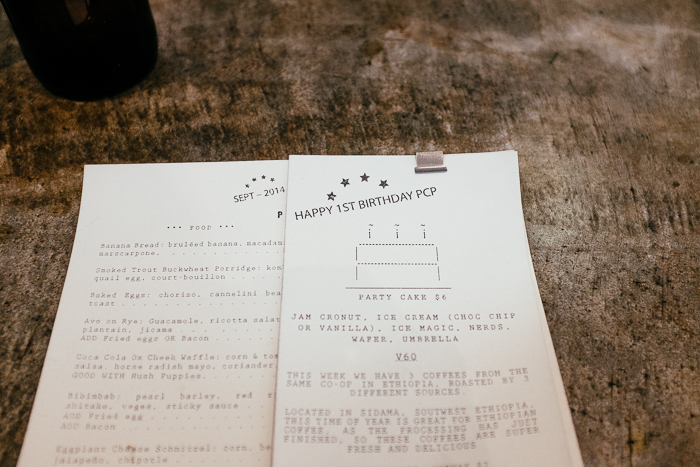 Don’t think we’re missing out much since we were really there for the food. The menu itself definitely had some interesting dishes, from Coca Cola Ox cheek waffles to their take on Bibimbap…. which is exactly what we got. 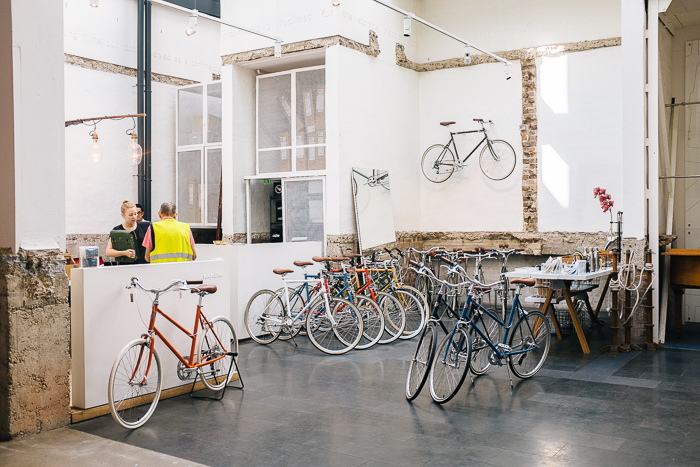 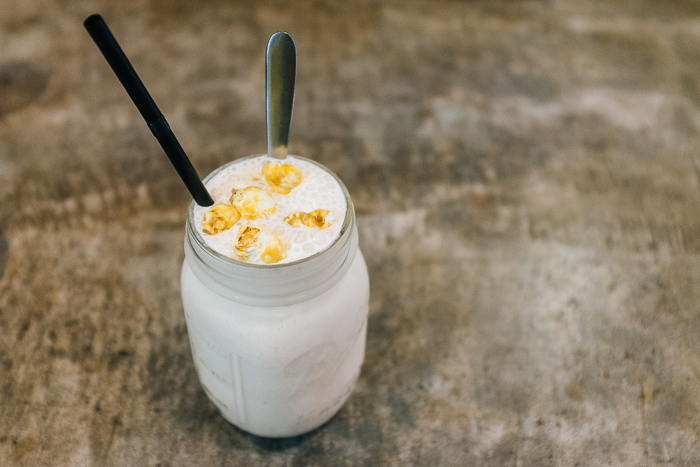 They had some fun shake combos like this Caramel popcorn shake which immediately caught my attention (like any menu item that has ‘popcorn’ as an ingredient). My verdict? It was awesome to the point that I have occasional cravings for it – have made trips back just for this! #popcornaddict 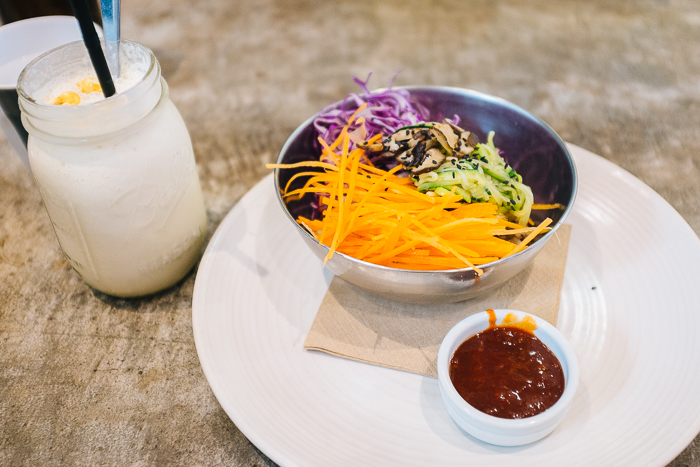 Bibimbab – Pearl barley, red rice, shitake, veges, sticky sauce. It was pretty much a vegetarian dish, though you could request for an extra fried egg or bacon. I was pretty much full from just this. It was a refreshing take to the usual bibimbap, I’d like to think its healthier with the pearl barley rather than rice, though of course the Koreans do it better. 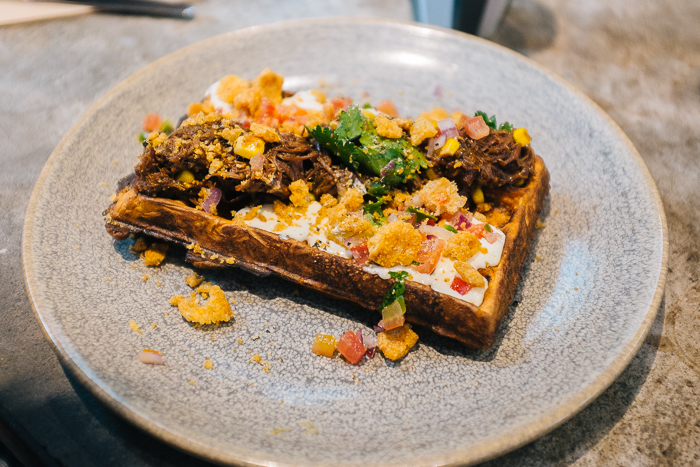 Coca Cola Ox Cheek Waffle – Alfred being a Coke-addict (at some stage) would of course pick this dish over the rest. The ox cheek was nicely tender perhaps from being braised in Coca Cola – we should probably try this at home?! 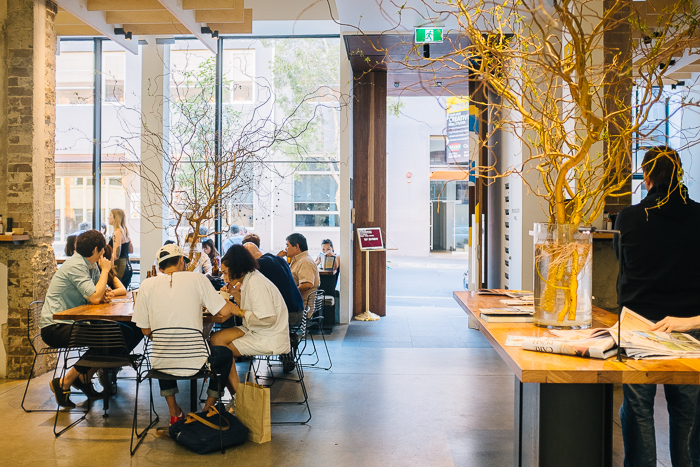 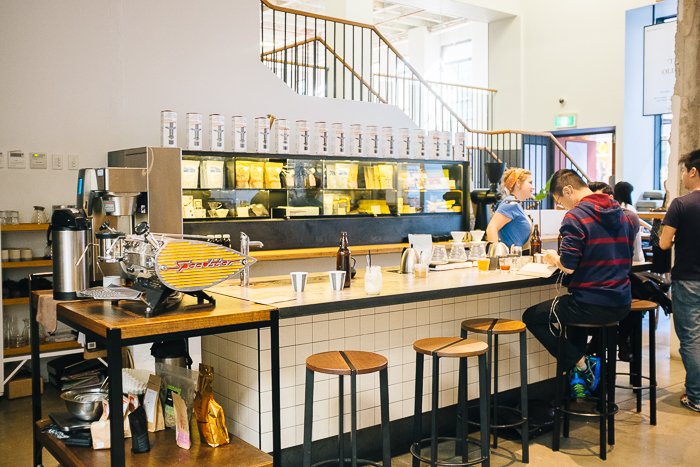 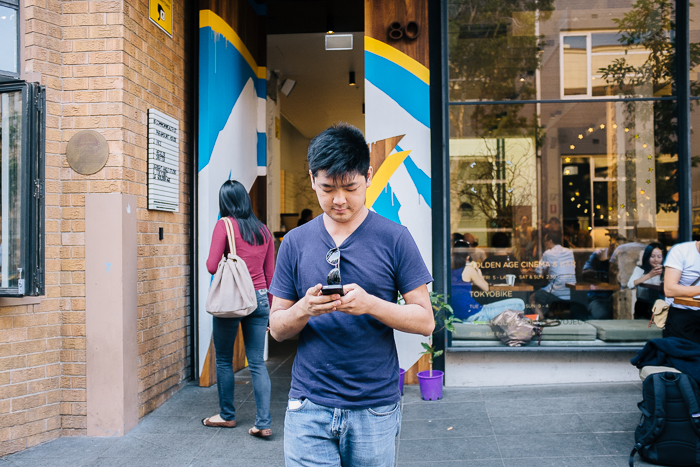 The overall experience at PCP was a nice one, though I have to say their dishes are quite pricey compared to others considering the portions. I would still visit again though just to sample the other funky stuff they have on their menu…. and for that caramel popcorn shake.

I love spending every free weekend-day I have out of my busy wedding season with this guy. I’m thankful he doesn’t complain about all my fancy cafe visits (well… he does…with a big smile, so I don’t think he means it…. right hunny? 😉 )